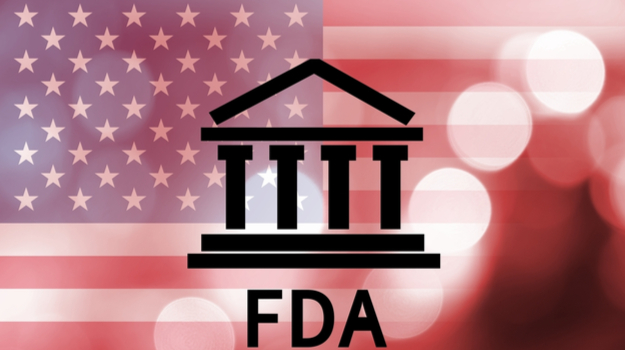 The past year proved to be a big one for the U.S. Food and Drug Administration (FDA) and the approval of novel drugs.

Over the course of 2018, the FDA approved 59 different novel drugs that range for the treatment of various cancers, chronic obstructive pulmonary disease (COPD), traveler’s diarrhea, migraine headaches and more. Over the past 190 years, the FDA has averaged an approval of 33 novel drugs each year, with 2018 having the highest number. In 2017, the FDA approved 46 novel drugs, but only 22 in 2016. 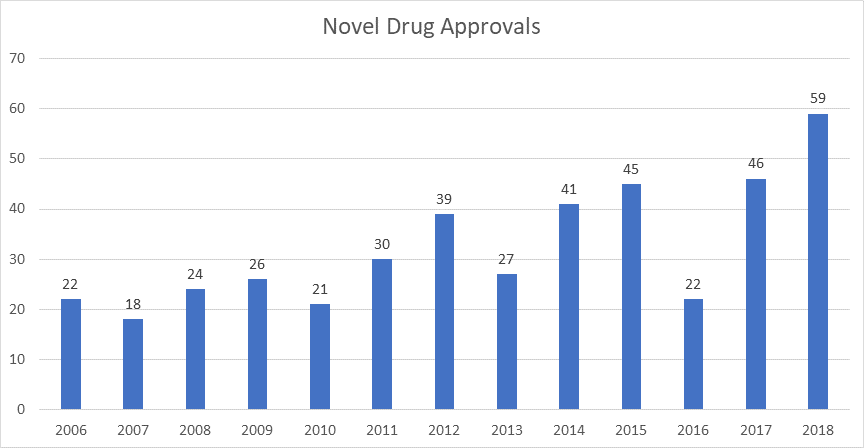 Novel drugs are classified as new molecular entities. In its classification, the FDA said: “many of these products contain active moieties that have not been approved by FDA previously, either as a single ingredient drug or as part of a combination product.”

New Jersey-based Amicus Therapeutics’ Galafold (migalastat) was the first oral medication for the treatment of adults with Fabry disease. Fabry disease is a rare and serious genetic disease that results from the buildup of a type of fat called globotriaosylceramide (GL-3) in blood vessels, the kidneys, the heart, the nerves and other organs.

Loxo Oncology’s recently-approved Vitrakvi (larotrectinib), an oral TRK inhibitor, was approved under priority review for the treatment of pediatric and adult patients who have solid tumors that have a neurotrophic receptor tyrosine kinase (NTRK) gene fusion without a known acquired resistance mutation, are metastatic or where surgical resection is likely to result in severe morbidity, and have no satisfactory alternative treatments or that have progressed following treatment.

The majority of the novel drugs approved in 2018, 34, were for rare or orphan diseases. Among those approved is Poteligeo (mogamulizumab-kpkc) injection for intravenous use for the treatment of adult patients with relapsed or refractory mycosis fungoides or Sézary syndrome, two types of non-Hodgkin lymphoma. The treatment is intended for patients who have had at least one prior systemic therapy.

Also among the treatments for rare diseases was Diacomit (stiripentol). Developed by France-based Biocodex, Diacomit was approved for the treatment of seizures associated with Dravet syndrome in patients two years of age and older who are already taking clobazam. Dravet syndrome is an early onset epileptic syndrome that is thought to affect approximately 2,000 to 8,000 patients in the U.S.

Italy-based Dompe secured approval for Oxervate, a treatment for neurotrophic keratitis (NK), a rare and progressive eye disease that can lead to corneal scarring and vision loss. The rare orphan disease affects fewer than 65,000 people in the United States.

One novel drug approval in 2018 that received quite a bit of attention was Epidiolex, developed by U.K.-based GW Pharmaceuticals. In June the FDA approved Epidiolex as a treatment for seizures associated with two rare forms of epilepsy, Lennox-Gastaut syndrome (LGS) and Dravet syndrome. The approval marked the first time the FDA approved a drug that contains a purified drug substance derived from marijuana. That approval then forced the U.S. Drug Enforcement Agency to reclassify the medication, in order to allow GW to finalize the medication’s product label.

Another first for the FDA was the approval of Alnylam’s Onpattro (patisiran). The medication was approved Aug. 10 for the treatment of the polyneuropathy of hereditary transthyretin-mediated (hATTR) amyloidosis in adults. The FDA gave the green light for this revolutionary treatment on Aug. 10. Not only was Onpattro the first novel drug of August, but it is also the first and only RNA interference (RNAi) therapeutic to ever be approved. The drug was approved with a priority review status. RNAi is designed to prevent the production of problematic proteins that are the basis for many diseases.