ODAC Hones in on Secura's P13K Inhibitor in Next Vote 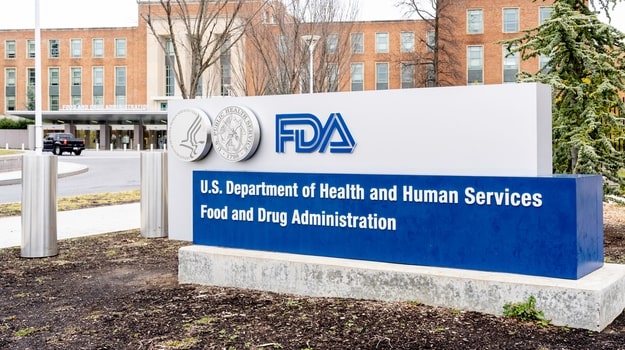 The FDA will meet Friday to discuss the future of Secura Bio’s Copiktra (duvelisib), which has been approved as a third-line treatment for relapsed or refractory chronic lymphocytic leukemia/small lymphocytic lymphoma (CLL/SLL).

PI3K inhibitors have become an especially troubling class of drugs for the FDA as concerns continue to mount over their safety.

Instead, ODAC, the same committee that will review Copiktra’s data, recommended the use of randomized clinical trials in order to mitigate the safety concerns.

Copiktra, which Boston-based Verastem initially developed, was granted full approval by the FDA in 2018. In addition to CLL, it was also granted accelerated approval as a second-line treatment for adult patients with relapsed or refractory follicular lymphoma (FL).

Secura Bio, based in Nevada, acquired Copiktra in 2020 for $311 million and withdrew the FL indication following a strategic review of the FL landscape.

Long-term follow-up data that will be reviewed suggests Copiktra did not provide longer life to patients when equated to the Novartis comparator drug Arzerra. However, in its briefing documents, the FDA honed in on Copiktra’s concerning safety data.

“Duvelisib is associated with substantial toxicity that includes fatal or serious infection, diarrhea or colitis, rash, pneumonitis, hepatotoxicity and neutropenia,” the FDA wrote in its briefing documents.

Pointing to the DUO trial, the FDA said patients treated with duvelisib experienced higher rates of adverse and serious adverse events. Trial data showed 23 patients who received Copiktra, about 15% of that patient population, died. Only 5 patients who received Novartis’ Arzerra (atumumab), about 3%, died.

The primary difference in fatal adverse events was infection, typically pneumonia. Data showed that 14 patients (9%) experienced a fatal infection with Copiktra compared to one patient for Kesimpta, the report said.

Beyond CLL, Copiktra is being assessed as a potential treatment for peripheral T-cell lymphoma. It previously received Fast Track designation from the FDA for this indication.

In November, ODAC will again meet, but this time to discuss GSK PARP inhibitor Zejula.

The meeting comes after the company announced its intentions to withdraw Zejula as a fourth-line treatment for advanced ovarian, fallopian tube or primary peritoneal cancer that is associated with homologous recombination deficiency (HRD) positive status.

GSK noted the decision was made in consultation with the FDA and based on a totality of PARP inhibitor data in the late-line ovarian cancer treatment setting. In its note, GSK reported that data from other PARP inhibitors showed a “potential detrimental effect on overall survival” in studies conducted in a BRCA mutant 3L+ advanced ovarian cancer population.

During the meeting, the committee will hear updated data, including final overall survival data from the NOVA trial. The committee will determine whether the data supports continued labeling in the U.S. market.