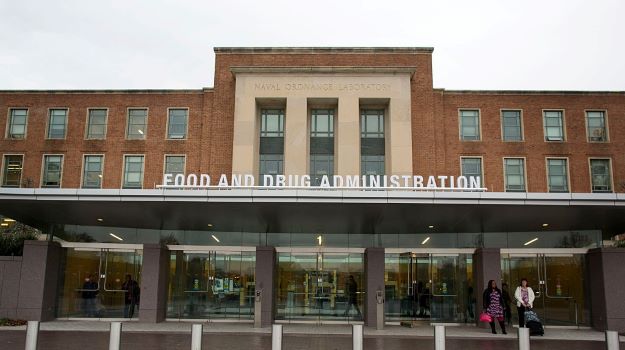 Mid-November is a relatively quiet period for the U.S. Food and Drug Administration (FDA) in terms of its scheduled PDUFA dates. Read on for more.

Liquidia Corporation has a target action date of November 7, 2021, for its New Drug Application (NDA) resubmission. The NDA is for LIQ861 (Treprostinil) inhalation powder to treat pulmonary arterial hypertension (PAH). The FDA had confirmed in June 2021 that the resubmission was a complete, class 2 response for its previous action letter issued on November 24, 2020. The product is an inhaled dry powder formulation of Treprostinil designed with Liquidia’s PRINT technology. The design is to improve deep-lung delivery with a palm-sized dry powder inhaler.

At the company’s third-quarter financial report on November 3, Liquidia reported that in the quarter unit sales of Treprostinil Injection increased across both intravenous and subcutaneous routes of administration. They more than doubled the number of patients treated compared to patients before the launch of the subcutaneous administration in late May 2021. In addition, as part of the FDA review of the inhaled formulation, the agency conducted two prior-approval inspections, one at Liquidia’s Morrisville, NC facility and the other one at a plant of a third-party provider that handled encapsulation and packing services. They were completed in August 2021 and October 2021, respectively.

PAH is high blood pressure in the arteries of the lungs. It is both chronic and progressive. Over time it will worsen and can limit physical activities.

Adamis Pharmaceuticals Corporation had a target action date of November 12 for its resubmitted NDA for Zimhi. The drug is a higher naloxone injection for the treatment of opioid overdose. In June, the FDA told the company it had completed its review of the filing and decided it was complete enough to allow a substantive review and set the date in November.

The drug is an opioid antagonist to treat narcotic overdoses. Common opioids include morphine, heroin, tramadol, oxycodone, hydrocodone and fentanyl.

On October 18, the agency approved the drug for use in the treatment of opioid overdose.

P. Breckinridge Jones, Sr., chief executive officer of US WorldMeds, who is acting as Adamis’ commercial partner, said, “We are pleased with the approval and now look forward to commercially marketing Zimhi in the United States. US WorldMeds has a proven track-record of successfully commercializing pharmaceutical products and have a First-in-Class and only FDA-approved product, Lucemyra (lofexidine), for the treatment of withdrawal symptoms associated with abrupt opioid discontinuation. We are confident we can leverage our existing commercial infrastructure and presence in the opioid dependence market to speed the uptake of Zimhi and combat the growing opioid crisis. We are preparing for the full commercial launch of Zimhi which is planned for the first quarter of 2022.”

BioMarin Pharmaceuticals has a target action date of November 20 for its NDA for vosoritide for achondroplasia, a form of short-limbed dwarfism. The agency originally had an earlier target action date, but the company provided the FDA with the two-year data from the Phase III extension study of the drug to supplement the NDA. As expected, the agency said it was a major amendment and extended the PDUFA date by three months. In addition, in the first quarter of 2021, the FDA ran a pre-approval inspection of BioMarin’s Novato facility for manufacturing of vasoritide drug substance.

On August 27, the European Commission (EC) granted marketing authorization for the drug with the brand name Voxzogo for once daily injection to treat achondroplasia in children from the age of two until growth plates are closed. It was the first drug to be approved for this indication in Europe. The drug is a modified C-type natriuretic peptide (CNP), which downregulates fibroblast growth factor receptor 3 (FGFR3) signaling and promotes endochondral bone formation.