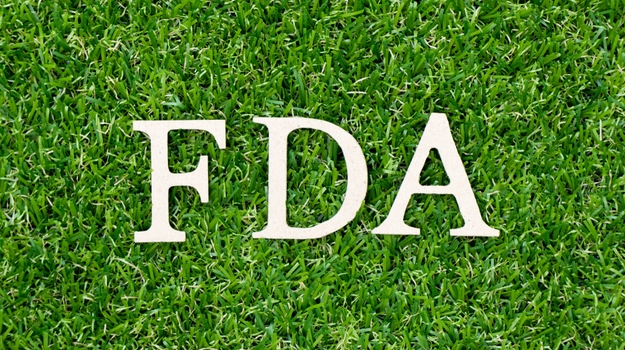 Despite the COVID-19 pandemic, the U.S. Food and Drug Administration (FDA) has managed to stay fairly on track in terms of evaluating new drug and supplemental new drug applications. Here’s a look at what’s on the schedule for the next two weeks.

Cambridge, Massachusetts-based Blueprint Medicines had a target action date of May 14 for its Ayvakit (avapritinib) for adults with fourth-line gastrointestinal stromal tumor (GIST). The PDUFA data was extended by three months from February 14, after the agency requested topline data from the company’s ongoing Phase III VOYAGER clinical trial that compared avapritinib to regorafenib in third- or fourth-line GIST. The trial did not meet its primary endpoint of an improvement in progression-free survival (PFS). Based on that data, the company indicated it plans to discontinue further development of the drug in GIST indications other than the PDGFRA exon 18 mutant GIST.

Ayvakit is a kinase inhibitor approved by the FDA for adults with unresectable or metastatic GIST harboring a PDGFRA exon 18 mutation, including PDGFRA D842V mutations.

Bristol Myers Squibb has a target action date of May 15 for its supplemental Biologics License Application (sBLA) for Opdivo (nivolumab) in combination with Yervoy (ipilimumab) for first-line treatment of patients with metastatic or recurrent non-small cell lung cancer (NSCLC) with no EGFR or ALK genomic tumor aberrations. It is under Priority Review.

The application was based on data from Part 1 of the Phase III CheckMate -227 clinical trial. The trial showed significant improvement in overall survival compared to chemotherapy alone.

“The FDA’s acceptance of our application for Opdivo plus Yervoy represents an important milestone for patients with lung cancer in the United States, where despite recent treatment advances, lung cancer remains the cause of more than 150,000 deaths each year,” said Sabine Maier, development lead, thoracic cancers, Bristol Myers Squibb, in January.

What is not completely clear is that in April, the company indicated the FDA had accepted its sBLA for Opdivo and Yervoy administered concomitantly with a limited course of chemotherapy for the first-line treatment of patients with metastatic or recurrent NSCLC with no EGFR or ALK genomic tumor aberrations. This was granted Priority Review with a PDUFA date of August 6, 2020, as well as Fast Track designation. This is based on results from the Phase III CheckMate -9LA trial, which met its primary endpoint of superior overall survival at a pre-specified interim analysis in October 2019.

Clovis Oncology has a target action date of May 15 for its sNDA for Rubraca (rucaparib) as a monotherapy for adults with BRCA1/2-mutant, recurrent, metastatic castration-resistant prostate cancer. It is under Priority Review.

“Recently presented data suggests that Rubraca may play a meaningful role in the treatment of patients with BRCA1/2-mutant recurrent, metastatic castrate-resistant prostate cancer, and this filing represents an important milestone for Clovis as it brings us one step closer to potentially making this valuable therapy available,” said Patrick J. Mahaffy, president and chief executive officer of Clovis in January.

The application was based on data from the TRITON clinical program in advanced prostate cancer. Clovis indicated in its May 5 first-quarter report that it is actively preparing for the launch of the drug in prostate cancer in the U.S.

Sunovion Pharmaceuticals has a target action date of May 21 for its NDA for apomorphine sublingual film to treat motor fluctuations (OFF episodes) in Parkinson’s patients. The FDA issued a complete response letter (CLR) in early 2019. The agency indicated the drug could not be approved in its current form, but needed more data and analysis, although no new clinical trials were required.

The NDA was resubmitted on November 21, 2019. The product is being developed as a fast-acting medicine for the on-demand treatment of all forms of motor OFF episodes, including morning OFF, unpredictable OFF, delayed ON/partial ON and end-of-dose wearing OFF.

Apomorphine is a dopamine agonist. The sublingual film is developed by Aquestive Therapeutics.