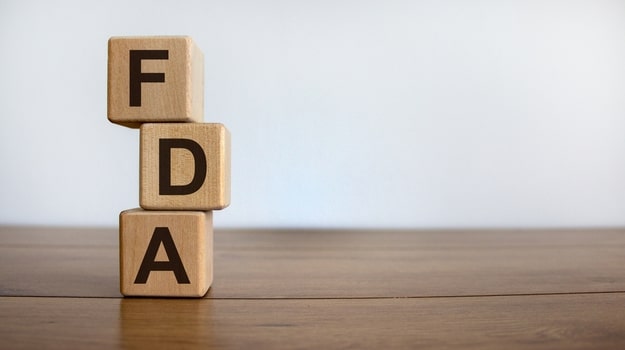 The U.S. Food and Drug Administration (FDA) is wrapping up the month of September with a few PDUFA dates. Here’s a look.

Aquestive Therapeutics, based in Warren, New Jersey, had a target action date of September 27, 2020 for Libervant. The is a dose of enzodiazepine that is administered using a soluble film that is placed inside the cheek. It is intended for treatment of acute uncontrolled seizures in selected, refractory patients with epilepsy on stable regimens of AEDs who need intermittent diazepam to control increased seizure activity. The current standard of care rescue therapy for this indication is Diastat (diazepam rectal gel).

At the company’s second-quarter 2020 financial report on August 4, Keith J. Kendal, Aquestive’s president and chief executive officer said, “We are continuing to advance through the FDA review process for our product candidate, Libervant (diazepam) Buccal Film for the management of seizure clusters, including providing information to the agency, responding to its information requests and working with the agency on its inspection of our manufacturing and clinical investigational sites. With the commercial foundation we have built for Sympazan, we will be prepared to launch Libervant quickly, if approved by the FDA for U.S. marketing access.”

The New Drug Application (NDA) was built on data from the company’s single dose crossover study. The trial demonstrated that Libervant offered similar systemic diazepam exposures to the reference drug and with significantly less variability.

Eton Pharmaceuticals, based in Deer Park, Illinois, has a target action date of September 29 for its NDA for Alkindi Sprinkle, a replacement therapy for pediatric adrenal insufficiency (AI), including congenital adrenal hyperplasia (CAH) in patients from birth to less than 17 years of age. The FDA granted the product Orphan Drug Designation. It was approved in Europe in 2018 under the trade name Alkindi.

At the company’s second-quarter financial report on August 12, Sean Brynjelson, chief executive officer of Eton, said, “Recent weeks have been the most productive in our company’s history. We submitted two NDAs, including one with orphan designation, and we made significant progress preparing for our expected launch of Alkindi Sprinkle.”

On March 27, 2020, Eton acquired the U.S. marketing rights to Alkindi Sprinkle from Diurnal Group. Eton focuses on pediatric rare diseases and, as such, Alkindi Sprinkle is a strong strategic fit for the company’s existing pediatric portfolio. Eton paid $3.5 million in cash and issued Diurnal 379,474 shares of Eton common stock, representing about $1.5 million based on Eton’s average 15-day trailing stock price. Once launched, Eton will pay Diurnal a milestone payment of $2.5 million. Additional milestone payments based on sales could exceed $45 million.

Alkindi Sprinkle is a taste neutral sprinkle (granule) formulation of hydrocortisone. Adrenal insufficiency is where the adrenal glands do not product enough cortisol, which is often caused by Addison’s disease or CAH. Insufficient cortisol levels in children can cause delayed or stunted physical development, reproductive irregularities, and can potentially be fatal.

Australia’s Mesoblast Limited has a target action date of September 30 for Ryoncil (remestemcel-L) for the treatment of steroid-refractory acute graft versus host disease (SR-aGVHD) in children. On August 13, the FDA’s Oncologic Drugs Advisory Committee (ODAC) voted “overwhelmingly” in favor of the efficacy of the drug in pediatric patients. Although the FDA is not required to follow the advisory committee’s recommendation, it often does.

“Steroid-refractory acute graft versus host disease is an area of extreme need, especially in vulnerable children under 12 years old where there is no approved therapy,” said Fred Grossman, the company’s chief medical officer, in a statement at the time. “We are very encouraged by today’s outcome and are committed to working closely with the FDA as they complete their review of our submission regarding approval of Ryoncil for this life-threatening complication of an allogeneic bone marrow transplant.”