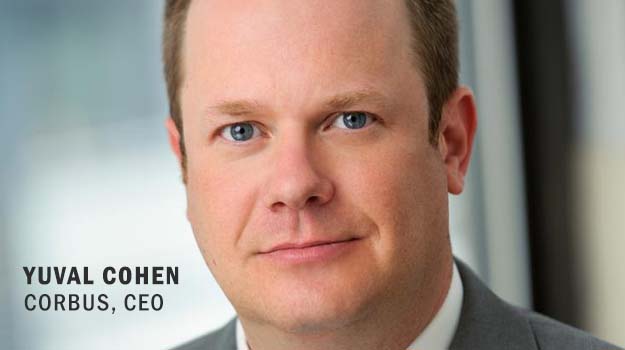 In less than four years, Corbus Pharmaceuticals has grown from a tiny startup to a public company with 60 employees and four assets in the clinic.

This year Corbus, which has been leveraging its way into the systemic sclerosis and cystic fibrosis markets, secured new office space that is triple the size of its current facilities. The expansion will put all of Corbus’ operations under one roof in Norwood, which is exactly how Corbus Chief Executive Officer Yuval Cohen wants it.

“We’ve done this on purpose. We want to be centralized. We don’t want satellite sites in order to make things more collaborative,” Cohen told BioSpace in an exclusive interview. “Norwood is a pleasant place to work, which is important to us. The southern suburbs of Boston are attractive for the type of people they want to attract as employees. We want a suburban life. That’s one of the big incentives of hiring.”

As a company, Corbus focuses on the family of rare inflammatory chronic disease that impacts tens of thousands of Americans. The company’s pipeline is aimed at those diseases classified as Orphan diseases, meaning those that affect less than 200,000 people nationwide, but not ultra-orphan, which is a disease that affects about one in 50,000 people. Corbus has four assets in the clinic, three for autoimmune diseases and one cystic fibrosis disease. Cohen said the company has been able to have four assets in clinical trials in less than four years because the employees have been “ruthlessly efficient” with time and resources.

The cystic fibrosis treatment Anabasum will move into Phase IIb before the end of the year. Unlike other CF drugs, Cohen said Corbus’ therapy targets inflammation in the lungs. Phase II results announced in March caused a consistent reduction in multiple inflammatory cell types in sputum, including total leukocytes, neutrophils, eosinophils, and macrophages.

“We’re making a bit of history here. This will be the first study of its kind looking at an anti-inflammatory response in the disease. We are hoping to see a reduction in pulmonary exacerbations, which are the flare-ups in disease,” Cohen said. “Pulmonary exacerbations would be linked to survival. Each time they (CF patients) have an exacerbation lung function deteriorates.”

“These exacerbations are costly to a patient on many levels. The average exacerbation puts a patient in the isolation ward of a hospital for two to four weeks. Every time a patient has one, there’s a chance they won’t make it back home,” Cohen said. He added that such hospital visits can cost around $100,000.

While it’s possible that the Corbus drug could have a positive impact on mucus in the lungs of CF patients, Cohen said the treatment is meant to be a companion drug to other CF treatments on the market. He pointed to those manufactured by neighboring company Vertex as an example of the kind of drug Anabasum could assist.

In addition to CF, Anabasum is being developed as a potential treatment for systemic sclerosis, the lead indication for Corbus. The disease affects about 90,000 people in the United States. The body’s immune system attacks the skin and develops an enormous amount of scar tissue. The esophagus often becomes scarred in these patients, which can lead to death. If the Phase III trial hits, Cohen said the drug could be on the market by 2020. In Phase II, about 75 percent of patients responded in an open-label study. Anabasum was granted Orphan Drug Designation and Fast Track status from the U.S. Food and Drug Administration for the treatment of systemic sclerosis in 2015.

“There’s real interest in multiple parties for this to move forward,” Cohen said.

In October, Corbus announced positive topline results from its 16-week Phase II efficacy and safety study of Anabasum on dermatomyositis (DM), an autoimmune disorder that attacks the skin. Anabasum outperformed placebo in the study, with data that Cohen called “clear-cut.”

There are about 70,000 cases of DM in the United States, Cohen said. For DM patients, their immune system attacks the skin and causes large rashes and lesions. There is internal damage as well. Muscles become weakened and many patients end up in a wheelchair, Cohen said. The scarring can also affect the lungs, which makes breathing difficult.

“There is no approved drug on the market for this disease. The data we released in October was great for a disease where nothing has moved the needle,” he said.

Corbus will move this drug into its next phase after the turn of the year.

Corbus also intends to begin a Phase II trial for lupus before Christmas. Unlike its other disease targets, there is a higher patient population in the United States, about 300,000 patients. Cohen said the company. Like the other trials, Corbus will assess whether or not Anabasum is an effective treatment for this disease.

“We’ve got a lot going on and have done a lot in a short time,” Cohen said.

Although much has been accomplished in less than four years, including becoming publicly traded, more is certainly in store for Corbus as it keeps its focus on being a patient-centered company.