CHICAGO -- Freshly infused with $56 million in Series B Funding, Jounce Therapeutics told BioSpace Thursday that it will look to expand its research into immunotherapy treatments for cancer and possibly begin clinical trials on human patients by next year. It is also looking to hire 10 more employees as it grows.

However, as the company moves forward with clinical trials, Richard Murray, Jounce’s chief executive officer, said there will be a need to expand the company roster. Currently Jounce employs 38. Murray said he expects a need of about 10 more to meet the demands of company growth. 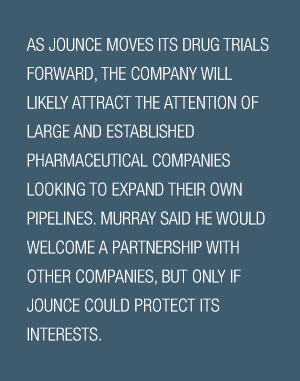 The monoclonal antibody binds to the ICOS protein on a T cell. Funding will also support treatments for tumors that may be less likely to respond to T cell checkpoint monotherapy, including therapies that target innate immune and stromal cells.

Cancer immunotherapy is the use of the body’s immune system to reject or attack cancerous cells and tumors, however, immunotherapies for cancer has had limited success with patients. Leading therapies in this area are showing a 25 to 30 percent response rate in certain cancers, he said.

Murray has seen success in cancer treatments. Before coming to Jounce, Murray was a senior vice president at Merck & Co. where he worked on the company’s cancer drug Keytruda, which has been approved by regulators for melanoma, and is showing promise in the treatment of two other cancers.

“Right out of the gate we want to embrace the more precise treatment for patients,” Murray said in an exclusive interview with BioSpace. “If you can tweak the therapy correctly, it will attack and kill the tumors.”

Murray said Jounce’s lead study is currently undergoing a set of studies before the U.S. Food and Drug Administration can provide the authorization to begin human trials. Although no hard date has yet to be set, Murray said they expect those trials to begin in 2016. 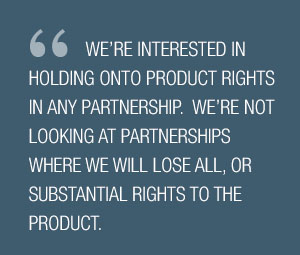 Likely endpoints of those Phase 1b trials would include safety standards, dosage amounts and “a variety of biomarkers that the therapy is active and has an impact on the tumor.” He said they will be looking to treat a smaller pool of patients, but a pool that will respond positively to the treatments.

Immuno-oncology is still a new field with lots of room for discovery. Although current immunotherapy treatments are limited, some suggest immunotherapy for cancer will move treatment beyond the standard practice of chemotherapy. Murray said there is an excitement around immunotherapy that will change the landscape in the way cancer is treated, but also managed.

“Immunotherapy goes past the question of using poison to fight cancer because you get a long term benefit,” he said.

Murray cited the success of Yervoy, Bristol-Myers Squibb’s melanoma treating drug. Murray said there is 10 years of data that shows the success of Yervoy, which he called astounding. While it has a proven track record, he said the drug has only been shown to be successful with a minority of patients. The next question is how to take that minority and turn it into a majority. As immunotherapies continue to develop and improve and are combined with other treatments, Murray said he anticipates the treatment of cancers of all types will look much different over the next five years.

When Jounce formed two years ago, the company began with $47 million in funding that allowed it to create a tumor database that allowed researchers to analyze what kinds of immune cells are within them. That analysis is guiding researchers into more effective immunotherapy treatments for cancer.

As Jounce moves its drug trials forward, the company will likely attract the attention of large and established pharmaceutical companies looking to expand their own pipelines. Murray said he would welcome a partnership with other companies, but only if Jounce could protect its interests.

“We’re interested in holding onto product rights in any partnership. We’re not looking at partnerships where we will lose all, or substantial rights to the product,” Murray said.

As Boston Booms, What’s Next for Biotech?
After a week that saw Boston biotechs vastly increasing their rosters and a new IBM health unit installed, BioSpace wants your predictions for what Boston can expect in the next year. Get out your crystal ball and tell us what you think is most likely in the cards for Genetown!