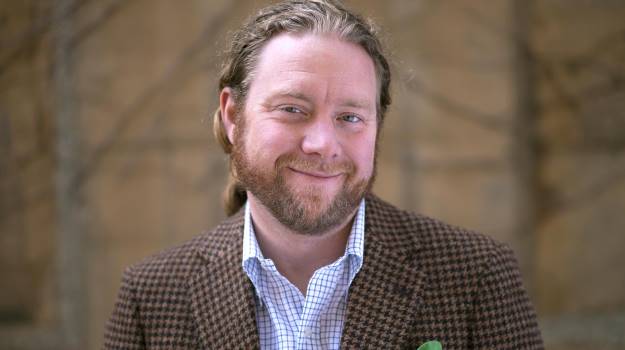 Endevica Bio isn’t trying to cure cancer. Instead, it is focused on improving cancer patients’ quality of life and preventing deaths. It is one of a few companies addressing cancer’s related scourge, cachexia, a wasting disorder characterized by weight loss, anorexia, asthenia and anemia. It affects approximately 400,000 cancer patients, and up to 40% of cancer patients die from it. It is considered an inevitable side effect of cancer and some other conditions.

“There have been a lot of runs at cachexia in the past,” Russ Potterfield, CEO of Endevica Bio, told BioSpace, but those attempts failed because they didn’t meet the U.S. Food & Drug Administration performance-based endpoints, such as improvements in a patient’s ability to sit, stand or grip strength. “Those endpoints don’t capture the real-world impact of a cachexia drug.”

Lobbying groups took up the challenge, driving home the message that “patients don’t care about whether they can show an improvement in grip strength by squeezing a dynamometer, but whether they can share another Thanksgiving with their family or hug their grandchildren,” Potterfield said. The FDA listened.

Endevica Bio’s lead compound, TCMCB07, is a melanocortin antagonist peptide. In preclinical studies, it has crossed the blood-brain barrier, reduced inflammation in the brain and lowered the body’s metabolic rate. An IND-enabling toxicology program is complete, and filing is expected in the first half of 2022. Phase I trials are targeted for completion in the fourth quarter, and phase II trials are expected to begin by the second quarter of 2023.

The mechanisms that lead to wasting are part of the body’s natural immune response to bacterial infections, Potterfield explained. “Eating provides nutrients that feed the bacteria. So, the body’s response to immuno insults is to reduce the impulse to eat, slow the body down and increase its metabolic rate. In cancer, the body is releasing inflammatory cytokines (such as IL2 and TNF alpha) that become chronically present, but the body doesn’t know that it’s not seeing a bacterial insult! An acute response, therefore, becomes a chronic one.

“TCMCB07 blocks the melanocortin‐4 receptor (MC4R) and thus appears to attenuate cachexia by blocking the effects of the alpha melanocyte-stimulating hormone (MSH),” he continued. In trials of metabolically-normal dogs, “TCMCB07 caused an 8 kg beagle to gain 1 kg in 10 days.”

In contrast, the only approved treatment for cachexia, anamorelin, was approved in Japan about a year ago and commercialized by Ono Pharmaceutical Co., Ltd. which has the rights to market it in Japan, South Korea and Taiwan.

“Anamorelin is a ghrelin agonist, whereas MC4R is in the hypothalamus and the brain stem.” Efficacy of anamorelin, Potterfield said, is “not enough to make a substantial difference.” The journal Palliative Care: Research and Treatment noted that the Phase III ROMANA2 study involving 495 patients with advanced non-small-cell lung cancer reported a median weight gain of 0.95 kg over 12 weeks, versus a loss of 0.57kg in the placebo arm.

Beyond the apparent efficacy of its lead compound viv-a-vis the competition, Endevica Bio has what Potterfield said is another benefit, and one that few biotech companies can boast. “We are free from academic encumbrances. We hold the intellectual property outright,” he said. Ken Gruber, Ph.D., president, CSO and scientific founder, was between positions at California State Polytechnic University and the University of Missouri and invented the compound between positions, so there were no licensing groups involved. “We are a small group of idealists who think we have something unique and are in charge of our destiny.”

Potterfield’s interest in the company began five or six years ago as an angel investor. “I had a design and manufacturing firm that I sold in 2012. I used some of the funds as an angel investor (founding 511 Capital) but wanted to be more of an operator,” he explained, and wasn’t content to sit on the sidelines. “When this opportunity appeared, I wanted to lead the round.”

The challenges and possibilities within the biopharma ecosystem intrigued him, and the company itself became increasingly interesting to Potterfield. When the CEO search proved unfruitful, he decided to take on the challenge himself.

“I can run a business,” he pointed out, and he has done that successfully in other industries, running a sewing business in the U.S. and China, and building and selling other companies.

“A biotech company is just like any other business,” Potterfield said. “The bench science is hard…getting the right compound… finding the right application…but once you do that, it’s not hard. It’s just complicated.”

For instance, “My biggest challenge so far has been figuring out the lay of the land.” Contract research organizations (CROs) are a good example. “Everybody says they are a CRO, but they really are a CRO plus something more. Therefore, you not only need the right relationships, you need to know who to talk with to help you evaluate potential partners.”

Actually operating the business is where Potterfield said he brings value. His experience with other companies led to insights regarding how different types of funding can affect the company years later. Now, when evaluating fundraising opportunities, he considers not just immediate needs but how each financial option will affect the organization’s fundraising capabilities and liquidity two or more years on.

Yet, there is a detriment to being an industry outsider, Potterfield admitted. “If I’d known five years ago what I know now, we probably would have been further along.” The problem, he said, was conducting studies that were not needed for an IND filing and thus returned less than optimal value, and purchasing equipment that is not being fully utilized. That example is not uncommon among first-time biotech executives, however.

Endevica is funded by the continued support from the Centennial Investors Angel Investor Network and an early, two-part grant from the National Cancer Institute. Potterfield said this is an advantage. “We get to bootstrap,” without diluting potential returns on investment with venture capital funds.