Testimony: Elizabeth Holmes Mislead Investors with Use of Schering-Plough Logo 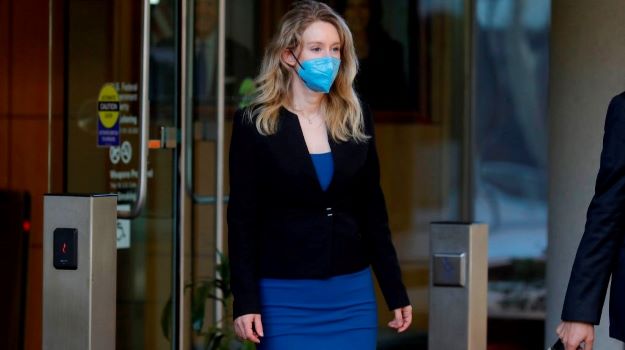 One week after a retired Pfizer scientist testified that Theranos inappropriately used the pharma giant’s company logo in marketing materials sent to Walgreens, suggesting its participation in research, a second researcher from a different company made a similar claim.

The Wall Street Journal reported that in testimony this week in the ongoing fraud trial of Elizabeth Holmes, immunology expert Constance Cullen, who headed up test development at Schering-Plough Corp., revealed that Theranos had also inappropriately attached Schering-Plough Corp’s logo to data issued to potential investors. The use of the logo suggested that Schering Plough, which is part of Merck, had validated the claims of Theranos regarding its blood-testing technology.

In 2009, when Schering-Plough merged with Merck, Cullen and some colleagues traveled to California to validate three tests using the Theranos technology. The company was interested in partnering with Theranos on the development of proprietary tests. According to the Journal, Cullen and her team conducted due diligence, but that meeting did not go well, according to testimony.

“I was dissatisfied, quite honestly,” Cullen testified, according to the report. “There was insufficient technical detail for us to be able to evaluate the technology.”

Cullen told the court that she expected the Theranos team to provide “clear, direct answers” to her questions about the blood-testing technology. She never received them, which echoes the testimony of Pfizer’s Weber.

Cullen also noted in her testimony that Holmes did not allow other Theranos employees to answer questions, even when they were posed directly to them during the meeting. She said Holmes would interrupt the response and answer for them.

Following that meeting between Cullen’s team and Theranos, Holmes sent Cullen a validation report that showed the performance of the Theranos technology on the proprietary devices held by Schering-Plough. The reports concluded that Theranos’ technology “has been shown to give accurate and precise results,” the Journal reported. However, Cullen said she never confirmed those findings. She anticipated follow-up meetings and conversations, but they never occurred.

In early 2010, Holmes then sent a new report to Walgreens in its ongoing attempt to woo that company. The report included the Schering-Plough logo at the top and a different conclusion to the report sent to Cullen months before. The data sent to Walgreens said the Theranos technology “has been shown to give more accurate and precise results.” Cullen testified that no one at Schering-Plough had approved those findings, the Journal said.

Walgreens and Theranos eventually forged a partnership in 2013 that allowed for Theranos to provide testing at some of its locations throughout the Southwest. In 2016, Walgreens officially severed ties with Theranos after the blood-testing startup invalidated results from thousands of tests it had conducted.

In addition to testimony regarding Theranos’ forging of documents to include the corporate logos of companies that did not back her technology, the jury heard testimony from the representative of a wealthy investor who sank $100 million into Theranos. Lisa Peterson, a representative of the DeVos family, which made its fortune as the co-founders of Amway, testified they were provided misleading revenue projections from Theranos and claimed the company had a partnership with the Department of Defense.