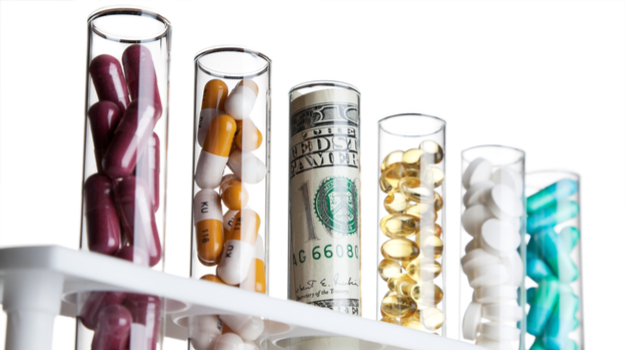 Akcea Therapeutics – For Cambridge, Mass.-based Akcea Therapeutics, the past quarter has been one of triumph and defeat. In August, the company was stunned when the U.S. Food and Drug Administration (FDA) unexpectedly rejected Waylivra (volanesorsen), a treatment for the rare lipid disorder familial chylomicronemia syndrome. The rebuff came only months after an advisory committee gave Waylivra the green light. The rejection sent share prices tumbling and led to a round of layoffs that saw about 10 percent of its staff cut. That stunning rejection though was salved in early October after the FDA approved Tegsedi, Akcea’s treatment for polyneuropathy of hereditary transthyretin-mediated amyloidosis in adults. Akcea is set to release its latest quarterly report on Nov. 5.

Mylan N.V. – Pennsylvania-based Mylan is set to release its quarterly report on Nov. 5. The generic drugmaker closed out the quarter with the European launch of Hulio, a biosimilar to AbbVie’s Humira. The company could be eying another biosimilar launch in Europe as well. On the same day, Hulio was cleared for market, Mylan reported that the European Medicines Agency's Committee for Medicinal Products for Human Use (CHMP) has issued a positive opinion recommending approval of Ogivri, a biosimilar to Roche's Herceptin (trastuzumab). The CHMP positive opinion will now be considered by the European Commission. The decision on approval is expected by the end of 2018. Not only is Mylan’s biosimilar line moving forward in Europe, but the company also saw some other positives during the most recent quarter. In September the company acquired Novartis’ cystic fibrosis products, including the TOBI Podhaler and TOBI solution, in a $463 million deal. Mylan also saw some legal victories in patent challenges against Acorda Therapeutics over multiple sclerosis drug Ampyra, as well as against Teva Pharmaceutical over patents Copaxone, another MS drug.

Eli Lilly – Will pharma giant Eli Lilly follow up the positive financial news from its last quarterly report when it releases its latest financial numbers on Nov. 6? Over the past quarter, the Indianapolis-based company saw a number of significant positive events occur. Most recently, the company forged an agreement with Dicerna Pharmaceutical for its GalXC RNAi technology platform to develop therapies for cardio-metabolic, neurodegeneration and pain targets. The company also saw positive results from its late-stage clinical trial of tanezumab in patients with osteoarthritis. Phase III trial data showed that more than half of the patients who received tanezumab had a 50 percent or greater decrease in pain. Tanezumab, a humanized monoclonal antibody that targets nerve growth factor, is seen as a potential alternative to opioid treatment. If the drug is approved by regulators, it will be the first non-opioid treatment for osteoarthritis. The companies plan to seek FDA approval in 2019. Lilly also snagged FDA approval for its migraine medication, Emgality, a CGRP inhibitor. In addition to good news from its pipeline, Eli Lilly also made a strong HR move in the quarter. The company tapped Industry veteran Anne White to lead its oncology division. White replaced Sue Mahoney at the helm of Eli Lilly Oncology in September.

Regeneron – Tarrytown, N.Y.-based Regeneron will announce its quarterly financial report on Nov. 6. The company started out the quarter with the news that fasinumab, the treatment for chronic pain from osteoarthritis (OA) of the knee or hip it co-developed with Teva, hits its mark in a Phase III trial. At 16 weeks patients experienced significantly less pain and also showed significantly improved functional ability from baseline. Regeneron also saw its blockbuster eye treatment Eylea snag FDA approval for another indication during the quarter. The regulatory agency approved a new dosing label for the drug in wet age-related macular degeneration (wet AMD). That approval came days after the FDA issued a Complete Response Letter for Regeneron’s attempt to secure a supplemental approval for Eylea. Regeneron and its longtime development partner Sanofi announced that its blockbuster drug Dupixent (dupilumab) hit the mark in two Phase III trials studying the drug as a treatment for adults with inadequately-controlled chronic rhinosinusitis with nasal polyps. In addition to its pipeline progress, Regeneron also snagged a different kind of approval during the quarter – one from its peers. The publication Science ranked Regeneron number one for innovation and work culture. This was the third year in a row that Regeneron received the honor and the sixth time since 2011.