Sanofi and Regeneron's Dupixent Poised to Keep Shining in 2022 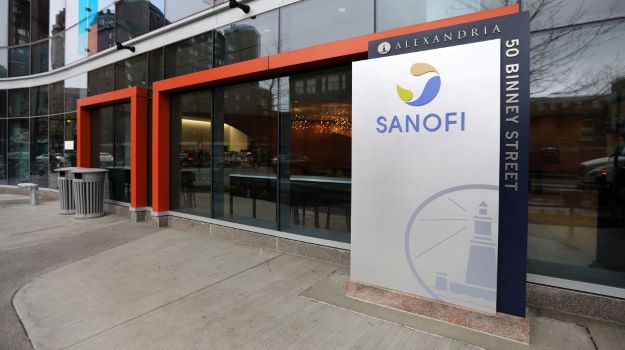 Since winning its first approval in 2017 for adult patients with moderate-to-severe atopic dermatitis, Dupixent (dupilumab) has proven to be a strong financial driver for partners Regeneron and Sanofi as the biologic continues to rack up regulatory approval after approval. The blockbuster drug has become a cornerstone for both companies.

A monoclonal antibody that inhibits the signaling of interleukin-4 (IL-4) and interleukin-13 (IL-13) pathways, Dupixent has been approved in the U.S. for patients ages 6 and above with uncontrolled moderate-to-severe atopic dermatitis. It has also been approved for the same age group of individuals who have moderate-to-severe asthma characterized by an eosinophilic phenotype or with oral corticosteroid-dependent asthma.

In its third indication, Dupixent has been approved for the maintenance treatment of chronic rhinosinusitis with nasal polyposis (CRSwNP) in adults whose disease is not controlled. And, after roaring into February with positive data in five different indications, Dupixent is likely to pick up additional approvals in the United States in other areas as well.

Dupixent has been a significant revenue driver for both Sanofi and Regeneron. Last year, Sanofi earned about $4.2 billion from Dupixent sales, and Regeneron earned about $1.8 billion. Those earnings are expected to increase, especially based on some of the late-stage clinical data that would, if approved by regulatory agencies across the globe, expand the use of the biologic.

In January, the companies posted late-stage data from a Dupixent study in prurigo nodularis (PN), an inflammatory skin disease that causes an itchy rash to appear on parts of the body. Currently, there are no approved therapies for PN. As BioSpace previously reported, Regeneron and Sanofi intend to seek regulatory approval in multiple jurisdictions based on the latest Phase III data.

While Dupixent has had its share of clinical and regulatory triumphs, the biologic has also failed on multiple occasions as well. Most recently, the partners reported that a Phase III trial assessing Dupixent in patients with chronic spontaneous urticaria (CSU) was halted after an interim analysis indicated the trial would not reach statistical significance. CSU is a chronic inflammatory skin disease characterized by the sudden onset of hives on the skin. The Phase III study that was halted, CUPID B, was studying Dupixent and antihistamines in CSU patients who are refractory to Genentech’s Xolair (omalizumab). Xolair is currently the only Food and Drug Administration (FDA)-approved treatment for CSU when antihistamines are not enough to treat the issue.

Although that study was halted, less than two weeks later, Regeneron and Sanofi presented additional results from a separate CSU (LIBERTY-CUPID) study that indicated Dupixent plus antihistamines significantly reduced itch and hives at 24 weeks in biologic-naïve patients with this disease. The data presented at a late-breaking session at the American Academy of Allergy, Asthma and Immunology (AAAAI) annual meeting was in patients who had only been treated with antihistamines.