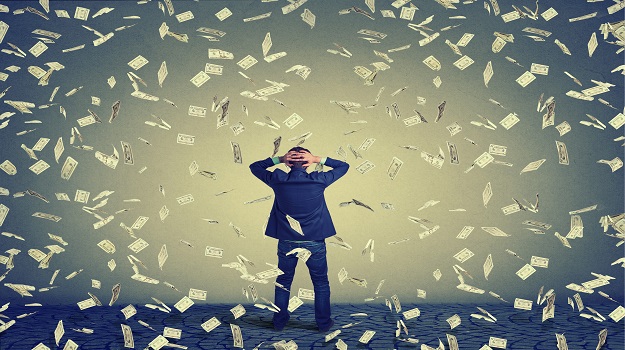 Biopharma is big business and anyone who doubts that—unlikely—only needs to look at the revenue figures of the top drugs. According to IgeaHub, based on data from Reuters, the worldwide prescription drug revenue is expected to reach $811 billion this year. The total revenue created by the top 20 drugs in the U.S. last year alone was $135 billion and accounted for 16.65 percent of the global prescription drug market. Here’s a look at the top 10 best-selling drugs in the U.S.

#1. Humira (adalimumab). AbbVie’s Humira is prescribed to treat rheumatoid arthritis, psoriatic arthritis, plaque psoriasis, hidradenitis suppurativa, Crohn’s disease, ankylosing spondylitis, ulcerative colitis and non-infections uveitis. In 2017, global sales were $18.43 billion. U.S. patents began expiring in 2016. Patents expire in Europe this year. From 1992 through 2017, Humira alone has brought in $75.72 billion. It’s worth noting that, according to David Maris, an analyst with Wells Fargo, the price of the drug has more than doubled over the last five years. Because of a patent settlement, revenues will continue in the U.S. until 2023.

#2. Eylea (aflibercept). Marketed by Germany’s Bayer, U.S. company Regeneron Pharmaceuticals, and France’s Sanofi, Eylea has global revenue of $8.23 billion in 2017. It is used to treat disease of the eye. At Regeneron’s fourth-quarter and full-year financial reporting on February 8, 2018, Leonard Schleifer, president and chief executive officer, stated, “In 2017, Regeneron’s core Eylea business continued to grow and we diversified our revenue stream by bringing two new products to patients in need. We are anticipating additional pipeline progress in 2018, including regulatory decisions for dupilumab in uncontrolled asthma and cemiplimab in advanced cutaneous squamous cell carcinoma, cardiovascular outcomes data for Praluent, as well as Phase III data for Eylea in diabetic retinopathy.”

#3. Revlimid (lenalidomide). Produced byCelgene, Revlimid is used to treat multiple myeloma, myelodysplastic syndrome, and mantle cell lymphoma. Its patent is expected to expire in 2028. In 2017, U.S. sales were $8.19 billion. Sales are expected to hit $13.44 billion by 2022. In early 2017, FiercePharma noted, “With plenty of clinical trials looking at Revlimid’s use as a backbone of combination therapies, as well as patent protection in place out to 2022 in Europe and 2027 in the U.S., the drug should have plenty of years of growth in the tank—unless it ends up on the losing side of a patent challenge.”

#4. Rituxan (ritusimab, MabThera). Biogen and Roche co-market this drug to treat blood cancers and rheumatoid arthritis. U.S. sales in 2017 were $8.11 billion, although revenue declined by almost 5.47 percent in 2017. The patent expired in 2015. FiercePharma commented in April 2018, “A host of companies including Pfizer, Mylan and Amgen have biosimilars in the works. Sandoz and Teva have already reported submitting their respective biosims to the FDA for review.”

#5. Enbrel (etanercept). Co-marketed by Teva in the U.S. and Pfizer in Europe, Enbrel is used to treat autoimmune diseases like rheumatoid arthritis, psoriasis and other inflammatory diseases. Pfizer also co-promotes the drug in Japan with Takeda Pharmaceutical Company. Global revenue in 2017 were $7.98 billion. From 1992 through 2017, the drug brought in $67.78 billion. U.S. sales in 2017 were $5.21 billion.

#6. Herceptin (trastuzumab). Manufactured by Roche, Herceptin is used to treat breast and gastric cancer. FiercePharma wrote, “Approximately 15 percent to 20 percent of all breast cancer patients have tumors that are HER2-positive, which tend to grow more quickly than those that are HER2-negative. Until 1998, the prospects for patients with this form of cancer were pretty bleak, but the launch of Roche’s Herceptin in that year revolutionized the way these patients were treated. The drug was Roche’s first targeted cancer drug, and it has dominated the HER2-positive market ever since, with market share still well above 90 percent.” The drug lost its main European patent in 2014, and will lose its U.S. patent coverage in 2019. Mylan and Biocon already launched a biosimilar in India, and Celltrion has another in South Korea. U.S. sales of the drug were $7.55 billion in 2017.

#7. Eliquis (Apixaban). Marketed by Bristol-Myers Squibb and Pfizer, Eliquis is used to treat atrial fibrillation and deep vein thrombosis (DVT). In 2017, global sales were $7.4 billion. At the J.P. Morgan Healthcare Conference in January 2018, Bristol-Myers’ chief executive officer Giovanni Caforio was asked how long Eliquis could continue to bring in money, and he said, “There’s still significant growth ahead.” He went on to note that Eliquis is the next-gen anticoagulant market’s “leading agent” which is “clearly going to be growing disproportionately.”

#8. Avastin (bevacizumab). Roche’s drug is used to treat advanced colorectal cancer, breast cancer, lung cancer, kidney, cervical and ovarian cancer, and relapsed glioblastoma. Global sales grew last year by 10.75 percent to hit $7.21 billion in the U.S. Biosimilars are being marketed already in India and Russia. Roche’s patent protection for the drug in the U.S. runs until 2019 and until 2022 in Europe.

#9. Remicade (infliximab). Produced by Johnson & Johnson and Merck & Co., Remicade has global sales in 2017 of $7.16 billion. The drug is used to treat autoimmune diseases such as Crohn’s, rheumatoid arthritis and psoriatic arthritis. Pfizer marketed a biosimilar to the drug in the U.S. in 2016. Between 1992 and 2017, the drug has brought in $54.67 billion. IgeaHub writes, “Product is losing the revenue since February 2015, as it lost market exclusivity in major European markets and in other marketing territories. The product is experiencing pricing and volume declines as a result of biosimilars competition.”

#10. Xarelto (rivaroxaban). Manufactured by Bayer in Germany and Johnson & Johnson in the U.S., Xarelto is an anti-coagulation used to treat stroke and systemic embolism in patients with nonvalvular atrial fibrillation, DVT and pulmonary embolism (PE). The drug brought in $6.54 billion in 2017, with a growth rate of about 21.33 percent. In late 2017, the drug failed a Phase III trial compared to low-dose aspirin to prevent repeat strokes. Despite that, and due to the numerous other indications for the drug already approved, the drug still continues to bring in strong sales.