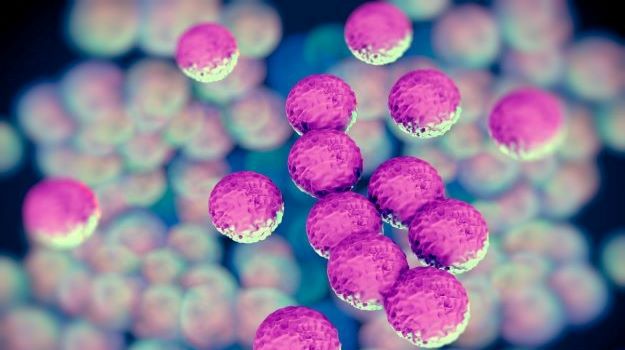 Infections caused by drug-resistant bacteria kill nearly as many people worldwide as HIV and malaria combined.

Since the discovery of penicillin nearly 100 years ago, antibiotics have saved countless lives. But bacterial strains have gotten smarter, evolving in ways to evade the killing power of the common treatments we’ve come to rely on.

A new global analysis funded by the Bill and Melinda Gates Foundation, among others, found that drug-resistant bacterial infections directly led to 1.27 million deaths across the globe in 2019. A staggering 4.95 million deaths were associated with antimicrobial resistance (AMR). These superbugs ranked only behind COVID-19 for first place in global deaths from infections.

In their analysis, published in The Lancet, the team looked at 23 pathogens and 88 pathogen-drug combinations from 204 countries and territories. The study indicated the importance of preventing infection in the first place. Out of the 23 pathogens studied, only one—pneumococcal pneumonia—is preventable by vaccination. The benefits of a high-income country also improved infection rates through better sanitation and water and hospital hygiene.

Lower respiratory infections like pneumonia caused the highest number of deaths. Close at its heels was bloodstream infection, followed by abdominal. Children under age five are particularly vulnerable and make up a fifth of the AMR deaths globally.

The Lancet is calling AMR the “overlooked pandemic.” Earlier estimates had predicted 10 million deaths a year from AMR by 2050. But at this current rate, we’re due to breach that figure much sooner.

Chris Murray, a study co-author and professor at the Institute for Health Metrics and Evaluation at the University of Washington, said, “These new data reveal the true scale of antimicrobial resistance worldwide, and are a clear signal that we must act now.”

The World Health Organization published a list last year of “priority pathogens,” urging funding and R&D efforts to focus on those listed as critical priority. The top of the list includes strains of E. coli, Acinetobacter, and Pseudomona.

Several biotech companies are already developing new strategies to target these superbugs that are overcoming our traditional antibiotic drugs. Australia’s Recce Pharmaceuticals is tackling the issue with antibacterial polymers, with the ability to kill or inhibit the growth of bacteria. Aridis Pharmaceuticals is developing monoclonal antibodies, now a household name thanks to the coronavirus pandemic, to fight AMR infections.

New technologies like these and others are needed to fight this next-level bacteria. Traditional antibiotics have not been able to keep up with the speed of microorganism mutation.

Health organizations have certainly taken notice of the need and have funding programs behind R&D efforts to develop new antimicrobials. Founded in 2016, Combating Antibiotic-Resistant Bacteria Biopharmaceutical Accelerator is a global nonprofit partnership supporting antibacterial research. Another alliance of pharmaceutical companies launched in July—the Antimicrobial Resistance Action Fund. “Bridging the gap between science and patients,” the group promises to have 2 to 4 novel antibiotics to help take on the AMR pandemic by 2030.