Digital Health Movement Continues to Grow, as Do Concerns Over Privacy 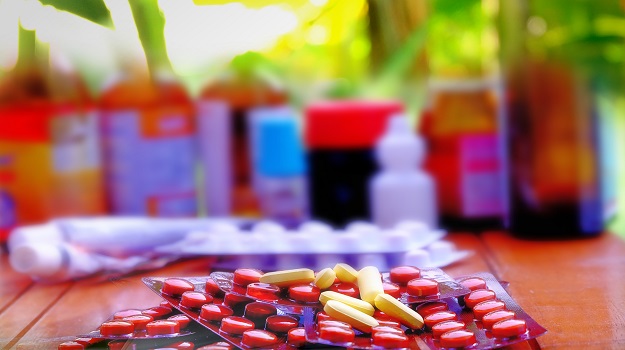 Getting patients to adhere to long-term treatments can be difficult. It’s easy for people to skip doses for a myriad of reasons and that can detrimental to their health.

That’s one reason behind the developmental strategy of a number of new therapies that will monitor whether or not patients are sticking to their regimen. Kurt Graves, chief executive officer of Boston-based Intarcia, told BioSpace in a previous interview that approximately 70 percent of people stop taking their medicine or skip doses because they are feeling healthy.

That’s one reason behind Intarcia’s attempts to develop its implantable diabetes therapy ITCA-650 that is designed to provide the required daily-dose of insulin to patients. About the size of a matchstick, ITCA-650 includes a miniature osmotic pump that provides continuous delivery of exenatide, a glucagon-like peptide-1 (GLP-1) receptor agonist.

Intarcia has run into some developmental problems with its device, but the idea of ensuring adherence to dosing schedules has been addressed by other pharma and biotech companies.

Raj Reddy, president and chief executive officer of California-based nGageIT Digital Health Solutions, expressed concern over the medication adherence in an interview with CEOCFO Magazine. He said low medication adherence and patient disengagement are “arguably the most significant problems in our healthcare ecosystem.” Patients failing to stick to a regiment end up costing more than three hundred billion dollars in the U.S. alone and leading to over one hundred and 25,000 premature deaths each year, Reddy said.

Reddy’s company isn’t the only one working on the issue. Late last year the U.S. Food and Drug Administration approved Abilify MyCite (aripiprazole tablets with sensor), the first drug device combination in the U.S. with a digital ingestion tracking system. Abilify MyCite, developed by Otsuka and Proteus, was approved last year for the treatment of schizophrenia and bipolar disorders. It has an ingestible sensor embedded in the pill that records that the medication was taken. The Abilify MyCite system works by sending a message from the pill’s sensor to a wearable patch, which then sends the information to a mobile App that allows patients to track the ingestion of the medication. Patients can also permit their caregivers and physician to access the information through a web-based portal.

Use of Abilify MyCite not only provides prescribers and patients information on if the medicine was ingested but can also track its efficacy to guide continued treatment.

This use of digital health is revolutionary and will likely change the manner in which some conditions are treated. Nik Leist, senior director of ingestible sensor manufacturing at Proteus, the maker of the sensor in Abilify MyCite, told in-Pharmatechnologist that the “digital health movement” is positively affecting the way in which patients can “interact with their own healthcare.” During his interview Leist said the new technologies allow patients to see how their medications are working without having to go to a doctor’s office.

Patients, Leist said, can see that they’ve taken their medicines and “get objective information on how their bodies are responding to the prescribed treatment plan.”

“This access to data allows patients and providers to actively engage and personalize their health treatment plan,” Leist said.

With the approval of Abilify MyCite and other similar technologies in the works, Leist predicted a “greater global adoption” of the technology.

As the digital health revolution continues though, there will inevitably be questions about privacy rights and security. In a survey conducted this month  by Savvy Cooperative for Enspektos, LLC more than one-third of respondents reported they were concerned that implantable and wearable devices will be used to “track their behavior in invasive ways, or that data will be sold to third-parties without their permission.” According to the survey, respondents had a perception that digital therapeutics could be influenced by recent revelations Facebook allowed user data to be accessed improperly.

Concerns over privacy and wearable devices are nothing new. In 2016 there were reports that privacy protections for wearable devices were weak. As the web publication Hackernoon reported in November 2017 victims of a data breach of wearable technology that records health data “could face significant increases in their health insurance or even the cancellation of a policy” if the information was stolen or became public knowledge. However, the publication was quick to note that device developers are keenly aware of these privacy concerns and are doing what they can to address them before the devices hit the market.