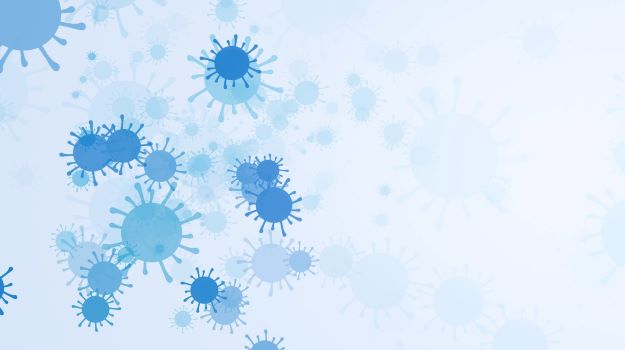 New Year is coming, and COVID-19 is still at play. For more COVID-19 studies, vaccines, and treatments, here are the latest updates.

Scientists from Cedars-Sinai Medical Center found that those who had had COVID-19 before, even those asymptomatic or had mild symptoms, may develop a wide variety of autoantibodies up to six months after recovering. These autoantibodies are called such as they have the potential to attack the body's own tissues and organs over time.

In their research published in the Journal of Translational Medicine, the investigators found autoantibody signals typically observed in injury to specific organ systems and chronic inflammations. Some of these have also been linked to autoimmune illnesses that occur in women more often than in men, though a larger number of antibodies were seen in the latter.

"Our results reveal that prior SARS-CoV-2 infection, even in the absence of severe clinical disease, can lead to a broad AAB response that exhibits sex-specific patterns of prevalence and antigen selectivity. Further understanding of the nature of triggered AAB activation among men and women exposed to SARS-CoV-2 will be essential for developing effective interventions against immune-mediated sequelae of COVID-19," the scientists wrote.

For the study, 177 people who had been previously infected with SARS-CoV-2 were observed. Their blood samples were compared with those of healthy people before the pandemic. The researchers are reportedly looking to expand their study to dig deeper into the types of autoantibodies that may arise and persist, especially in those with long-haul virus symptoms.

NRx Pharmaceuticals has filed a Breakthrough Therapy Designation (BTD) with the U.S. Food and Drug Administration for the use of ZYESAMI (aviptadil) in patients suffering from severe COVID-19 and respiratory failure and had poor responses to Remdesivir and other current therapies.

The BTD filing came after the FDA sought further clinical data on the drug versus Remdesivir in patients at a high risk of death despite existing treatments. The data showed that ZYESAMI increased the odds of survival two-fold versus the placebo across all 196 patients observed.

In addition, 70% of those who had already received Remdesivir or some other form of treatment and then received ZYESAMI saw a four-fold increase in survival odds by day 60. Patients who had Remdesivir but still had respiratory distress also found their odds rising three-fold at days 28 and 60.

"More than 2,000 Americans died from COVID-19 on Christmas Eve. With the FDA's support, we believe we have the chance to help more than 100,000 Americans return to their loved ones who otherwise might not live to see next year's holidays," commented Prof.Jonathan Javitt, MD, MPH, Chairman and CEO of NRx Pharmaceuticals, in a statement.

Aviptadil is a synthetic type of vasoactive intestinal polypeptide (VIP) that was discovered in 1970 by the late Prof. Sami Said. It works by binding to the alveolar type II cell (ATII) in the lung's air sac (alveolus) and stimulating these to create a surfactant that boosts oxygen exchange between the lungs and the blood. COVID-19-caused respiratory failure is linked to this action.

New preliminary results from the South African Phase IIB Sisonke trial showed that Johnson & Johnson's COVID-19 booster vaccine against COVID-19 is 85% effective against hospitalization. According to the South African Medical Research Council (SAMRC), which conducted the study, the J&J vaccine spurred a 1.4-fold increase in CD8+ T-cells and a 17-fold rise in neutralizing antibodies in week four after the booster dose was administered.

The study was conducted among healthcare workers in South Africa shortly after the Omicron variant was declared the dominant virus type in the region. The participants, located across 350 vaccination centers in nine South African provinces, were observed from mid-November to mid-December, during which time Omicron cases rose from 82% to 98%.

"This adds to our growing body of evidence which shows that the effectiveness of the Johnson & Johnson COVID-19 vaccine remains strong and stable over time, including against circulating variants such as Omicron and Delta. We believe that the protection could be due to the robust T-cell responses induced by the Johnson & Johnson COVID-19 vaccine. Furthermore, these data suggest that Omicron is not affecting the T-cell responses generated by our vaccine," noted Mathai Mammen, M.D., Ph.D., the global head for Janssen Research & Development, Johnson & Johnson, in a separate statement.

The initial data have been sent to the medRxiv for possible publication in peer-reviewed journals.