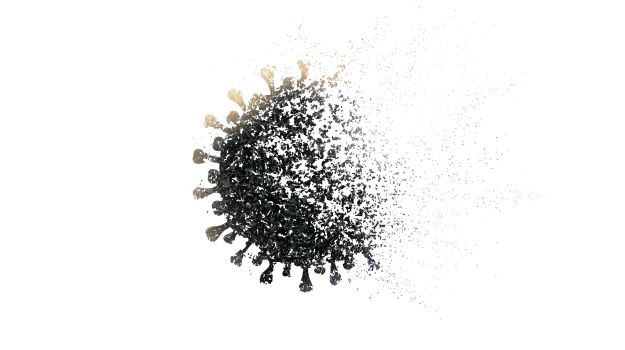 Merck and Ridgeback Biotherapeutics’ antiviral drug molnupiravir, which showed great promise against COVID-19 in clinical trials, received its first authorization. For that and other COVID-19 news, read on.

Merck and Ridgeback Biotherapeutics’ molnupiravir, an oral antiviral against COVID-19, received its first authorization from the United Kingdom Medicines and Healthcare products Regulatory Agency (MHRA). The approval was for mild-to-moderate COVID-19 in adults with a positive SARS-COV-2 test with at least one risk factor for severe disease. It was approved with the brand name Lagevrio (lah-GEV-reeoh).

The drug is also under review in the U.S. by the Food and Drug Administration (FDA) and in Europe by the European Medicines Agency (EMA).

“The first global authorization of molnupiravir is a major achievement in Merck’s singular legacy of bringing forward breakthrough medicines and vaccines to address the world’s greatest health challenges,” said Robert M. Davis, Merck’s chief executive officer and president. “In pursuit of Merck’s unwavering mission to save and improve lives, we will continue to move with both rigor and urgency to bring molnupiravir to patients around the world as quickly as possible.”

The World Health Organization (WHO) granted Emergency Use Listing (EUL) to India’s Bharat Biotech and Malvern, Pa.-based Ocugen’s COVID-19 vaccine, called Covaxin. The EUL makes it easier for countries to import and distribute a vaccine. Also, people who receive the vaccines that have received EUL have fewer quarantine and travel restrictions in some countries.

This would have seemed to be good news for Ocugen, but their stock dropped about 12% at the news. Analysts suspect this is a case of investors “selling the news.” Which is to say, company shares have been up about 99% over the last three months and 655% year to date in anticipation of broad global acceptance of the vaccine, but many investors probably felt the EUL would not increase the price, so they sold off shares.

Moderna, whose sole commercial product is its COVID-19 vaccine with a brand name of Spikevax, reported $5 billion in sales for the quarter. For the year, Moderna is projecting product sales between $15 billion and $18 billion. Stock prices dropped 14% at the news. The company had reported $3.3 billion in profit on revenue of $5 billion, and an analyst survey found they had forecast income of $3.9 billion on $6.2 billion in revenue. The company’s projections for the year are $15 to $18 billion, down from a projection by the company at the end of the second quarter of $20 billion for the year.

Apparently, Moderna cites production and shipment problems that push vaccine deliveries globally to 2022. It says it will deliver between 700 million and 800 million vaccine doses by the end of the year, lower than the original 800 million to 1 billion expected earlier. Low-income countries are given top priority.

“The supply chain became more complex with increased deliveries to many countries around the world,” Stéphane Bancel, Moderna’s chief executive officer, told investors at the third-quarter conference call. “At the beginning of the year, we supplied just a few large countries. We are working through these challenges.”

He added that there were also some production capacity issues. “We have expanded our capacity with our manufacturing partners, which had  temporary impact on our shipments. That work is complete now and we should see a positive impact from this expansion very soon.”