Could Synairgen’s SNG001 Be an Effective COVID-19 Treatment Option? 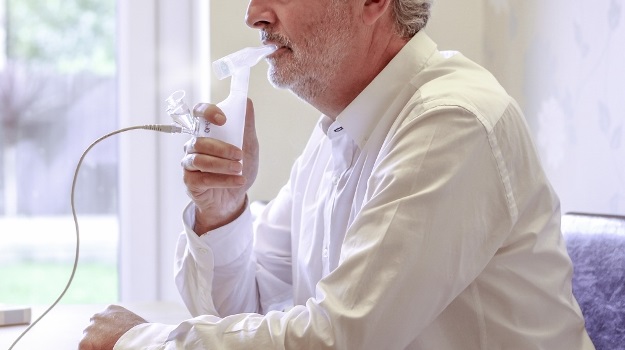 Synairgen announced today that its data from the SG016 trial was published in the journal The Lancet Respiratory Medicine. The trial, which included 101 hospitalized COVID-19 patients, looked at SNG001 as a potential treatment.

The double-blind, randomized, placebo-controlled study was designed to assess the efficacy and safety of SNG001. Patients were randomized 1:1 to receive either SNG001 or a placebo by inhalation once daily for 14 days. The primary endpoint was the change in clinical condition, using the World Health Organization’s Ordinal Scale for Clinical Improvement (OSCI) during the dosing period with the intention-to-treat population.

“The results confirm our belief that interferon beta, a widely known drug approved for use in its injectable form for other indications, may have the potential as an inhaled drug to restore the lung’s immune response and accelerate recovery from COVID-19,” said Professor Tom Wilkinson, Professor of Respiratory Medicine at the University of Southampton and lead author of the study. “This pH neutral, inhaled interferon beta-1a formulation (SNG001) provides high, local concentrations of the immune protein which boosts lung defenses rather than targeting specific viral mechanisms. This might carry additional advantages of treating COVID19 when it occurs alongside infection by another respiratory virus such as influenza or Respiratory Syncytial Virus that may well be encountered in the winter months.”

Synairgen originally announced positive results from its clinical trial of SNG001 back in July. The study took place between March 30 and May 27, and patient groups were evenly matched in terms of average age, comorbidities and average duration of COVID-19 symptoms prior to enrollment.

The trial showed that the odds of developing severe disease (requiring ventilation or worse) during the treatment period of 16 days were significantly reduced by 79% for patients receiving SNG001. Those who received SNG001 were also twice as likely to recover over the course of the treatment period, compared to those who were receiving the placebo.

"We are all delighted with the trial results announced today, which showed that SNG001 greatly reduced the number of hospitalized COVID-19 patients who progressed from ‘requiring oxygen’ to ‘requiring ventilation,’ said Richard Marsden, CEO of Synairgen, at the time of the announcement. “It also showed that patients who received SNG001 were at least twice as likely to recover to the point where their everyday activities were not compromised through having been infected by SARS-CoV-2. In addition, SNG001 has significantly reduced breathlessness, one of the main symptoms of severe COVID-19. This assessment of SNG001 in COVID-19 patients could signal a major breakthrough in the treatment of hospitalized COVID-19 patients. Our efforts are now focused on working with the regulators and other key groups to progress this potential COVID-19 treatment as rapidly as possible."

Three patients died after being randomized to receive a placebo, while there were no deaths reported among those who received SNG001. The efficacy analysis also indicated that there was no evidence of an association between SNG001 positive treatment effects and prior duration of COVID-19 symptoms.

Synairgen's SNG001 is a formulation of IFN-beta1a for direct delivery to the lungs via nebulization. Because it is pH neutral and free of mannitol, arginine and human serum albumin, it is suitable for inhaled delivery direct to the site of action.