Co-Existing With COVID-19: Containing the Contagion 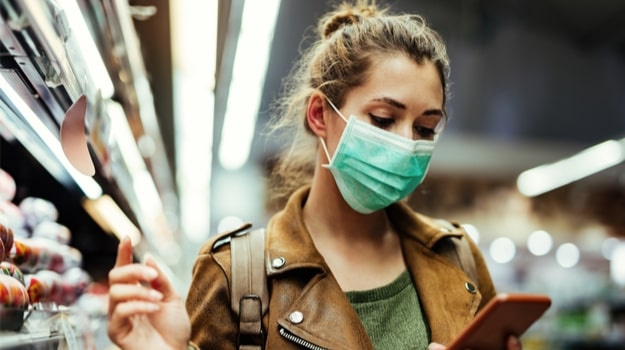 As we resign ourselves to the fact that the epic SARS-CoV-2 virus that dominated 2020 is going to stubbornly follow us into 2021, we need to learn how to co-exist in temporary tolerance, at least until we have an effective vaccine. So just as we would with a challenging roommate, we need to get to know all of its little idiosyncrasies. Most importantly, what practices and protocols we need to employ to protect ourselves and our loved ones while still living life to the fullest.

The CDC considers PCR tests the “gold standard’ as they are said to have a higher rate of accuracy. Antigen tests, which are less expensive, look for proteins that live on the surface of the SARS CoV-2 virus, as opposed to PCR tests which search for traces of the virus’s genetic material. However, the reported rate of false negatives is as high as 50%.

According to Dr. Susan R. Bailey, president of the American Medical Association (AMA), PCR tests are the way to go for detecting acute infection.

“The gold standard right now is the PCR test…which involves the deep nasal swab, but it can take a day or two for the results to come back,” Bailey told BioSpace. “Antibody testing is not helpful in terms of diagnosing acute infection.”

As for which versions of the test to choose, Bailey told us that the answer is pending.

“There are literally hundreds of tests that have been given emergency use authorization by the FDA, and I think time will tell which one of the proprietary tests is going to end up being the most reliable,” Bailey said.

“In the current climate at the University of Miami at least, we managed to get a PCR done in about four hours, so we do have the capacity to get it done rapidly,” Jayaweera said.

Given the current testing gridlock in many areas, four hours might be a stretch. Still, it’s encouraging to know that the potential is there once testing processes become streamlined.

Is Testing the Key to Returning to Life as Usual?

There can be no better model to emulate than the one followed by large hospitals, and the jury appears to be out across major networks on whether to employ a test-based, or time-plus-symptoms based protocol.

Investigators at Massachusetts General Hospital (MGH) found that workers were able to return faster using a time-plus-symptom based protocol, rather than repeat testing.

Dr. Allison McGeer, a professor in Laboratory Medicine and Pathobiology at the University of Toronto’s Dalla Lana School of Public Health, led the hospital side of the investigations into the SARS-CoV-1 outbreak in that city.  McGeer concurs with the time-plus-symptoms based approach.

“We know that there are some people who test persistently positive for a long time but are not infectious, so we don’t generally use testing anymore to determine when people can come back to work, or do other things,” McGeer said.

Is it Safe for Children to be in School?

One of the most pressing issues we continue to face this season is whether or not it’s safe for children to be in school.  The argument against is that, yes, there have been reports of children becoming seriously ill.  Four children at Mount Sinai Hospital in New York City were diagnosed with exaggerated cytokine storm, an abnormal autoimmune response to SARS-CoV2.

On the other side of the coin, the lasting educational and social repercussions of further shutdowns for children could be substantial.

“I think it’s just not possible for us to keep schools, to keep all of this closed down,” said Dr. Monica Gandhi, MD, an infectious diseases doctor and professor of medicine at UC San Francisco. “The effects are already going to be years to unravel, and the longer we do it, the harder.”

In terms of whether to send your child with a mask, Gandhi explained that the variable is found in the form of an angiotensin-converting enzyme 2 (ACE2 receptor) in nasal epithelium. This receptor has been instrumental in setting the masking age at ten years.

“They don’t know for sure, but that data is based on the level of expression in the nose of the ACE2 receptor, which is the receptor that imbibes or takes in the virus,” explained Gandhi. “And so it is that receptor that...at ten or above, there’s just higher levels of that receptor that allow you to accept the virus.”

Is SARS-CoV-2 Found on Surfaces?

Still sanitizing your cucumbers and chocolate bars? You may not need to. According to Gandhi, the odds of contracting COVID-19 from surfaces, also called fomites, are extremely low.

“Even studies that show you can culture a virus from a surface, does not mean that it’s the route of spread. About 100 people would have to cough or sneeze on a surface for you to then immediately touch it and get it into your nose. It’s just not what’s happening,” Gandhi explained.

In other words, it would take a whole lot of concentrated effort to contract COVID-19 from a countertop, door handle or apple.

Gandhi sums up our current situation best when she says that we have the tools available to live our lives alongside COVID-19.

“We now have a simple public health strategy, one that we haven’t pulled off for a hundred years, but one that exists, which is for the population to wear universal masks, and to open up society as a result,” Gandhi said. “And I think that if I was to choose between wearing my pretty comfortable mask for a year, and sitting in my house not going anywhere, I would sure rather wear a mask.”