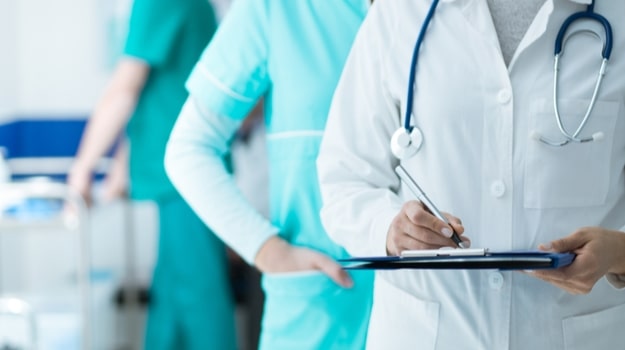 Sanofi reported promising Phase I/II interim results for its mRNA COVID-19 vaccine, but the company indicated it plans to drop the COVID-19 program. They cite competition, noting that by the time they could get approval, the market would already be saturated. Instead, it will shift its focus to mRNA vaccines for other infectious disease. The Phase I/II data demonstrated neutralizing antibody seroconversion, meaning a four-fold increase in antibodies compared to baseline, in 91% to 100% of study participants, two weeks after the second shot, in all three doses tested.

NRx Pharmaceuticals announced topline data showing improved outcomes at one year in highly comorbid patients with COVID-19 who were treated with Zyesami (aviptadil). Zyesami is a synthetic form of Vasoactive Intestinal Polypeptide (VIP), which binds specifically to the alveolar type II cell (AT2) in the air sac of the lung, where it has demonstrated anti-inflammatory/anti-cytokine activity in animal models.

AstraZeneca presented data from the Phase III PROVENT trial of AZD7442 for prevention of COVID-19. AZD7442 is a long-acting antibody. The trial demonstrated statistically significant reduction in symptomatic COVID-19 by 77% compared to placebo. It also presented additional Phase III results from its COVID-19 vaccine, AZD1222.

ENA Respiratory plans to run a Phase II trial in partnership with PPD. It will be a COVID-19 post-exposure antiviral prophylaxis study to determine if INNA-051 decreases the incidence and severity of symptomatic COVID-19 after close contact with COVID-19 positive people. The nasal spray, a potent innate immune agonist that targets the receptor TLR2/6.

Todos Medical announced results from an observational study of 32 hospitalized COVID-19 patients treated with Tollovir. The drug is a proprietary oral antiviral 3CL protease inhibitor. Data showed no deaths in the Tolliver group compared to five in the observational group.

Intra-Cellular Therapies published the results of its Study 404 Phase III trial of lumateperone as a monotherapy for major depressive episodes associated with bipolar I or bipolar II disorder. The study evaluated 42 mg/day of lumateperone in patients 18 to 75 years of age with a clinical diagnosis of bipolar I or II disorder experiencing a major depressive episode. They were randomized 1:1 to receive the drug or a placebo. The primary and key secondary efficacy endpoints were changed from baseline to day 43 in score on the Montgomery-Asberg Depression Rating Scale (MADRS) and total score on the Clinical Global Impressions Scale-Bipolar Version (CGI-BP-S) severity scale, respectively. At day 43, lumateperone demonstrated significantly greater improvement from baseline in MADRS score compared to placebo and a CGI-PB-S total score.

AnHeart Therapeutics and Innovent Biologics announced interim clinical data from the Phase II TRUST trial of taletrectinib in ROS1-positive non-small cell lung cancer (NSCLC). Taletrectinib is a next-generation ROS1/NTRK inhibitor. In the crizotinib treatment-naïve patient group, the ORR was 90.5% and the disease control rate (DCR) was 90.5%.

Evelo Biosciences announced positive data from its Phase II trial of EDP1815 for mild and moderate psoriasis. There was a statistically significant decrease in the Psoriasis Area and Severity Index (PASI) score.

The Janssen Pharmaceutical Companies of Johnson & Johnson announced new data from the Phase III UNIVERSE trial of Xarelto (rivaroxaban) in an oral suspension formulation compared to treatment with aspirin. Xarelto was associated with numerically fewer blood clots and clinical events strongly linked to blood clots in children ages two to eight years who have undergone the Fontan procedure. This procedure is performed in children with congenital heart disease who have a single functioning ventricle to redirect blood flow to the lungs to be reoxygenated.

Cidara Therapeutics presented new clinical and non-clinical data on its rezafungin Phase III trials for serious fungal infections, including in critically ill patients. It expects to announce top-line data from the Phase III ReSTORE trial by the end of the year. Rezafungin is a once weekly echinocandin.

Rafael Pharmaceuticals initiated its Phase I trial of CPI-613 (devimistat) in combination with hydroxychloroquine in patients with clear cell sarcoma. Devimistat is a first-in-class compound that targets enzymes involved in cancer cell energy metabolism located in the mitochondria of cancer cells. It specifically targets the mitochondrial tricarboxylic acid (TCA) cycle.

ASLAN Pharmaceuticals announced positive topline data from its Phase I trial of ASLAN004 for moderate-to-severe atopic dermatitis (AD). ASLAN004 is a potential first-in-class monoclonal antibody targeting the IL-13 receptor. The data showed it was tolerated across all doses and conclusively established proof of concept.

Roche announced data from across its neuromuscular portfolio, including additional data from the RAINBOWFISH study of Evrysdi (risdiplam) in babies with pre-symptomatic spinal muscular atrophy (SMA) from birth to six weeks. They also presented data supporting the continued clinical study of SRP-9001, its gene therapy, in Duchenne muscular dystrophy (DMD).

Altimmune announced positive results from a Phase I study of pemvidutide, a glycagon-like peptide-1 (GLP-1)/glucagon dual receptor agonist. At 12 weeks, the patients receiving the drug achieved mean weight losses of 4.9%, 10.3%, and 9.0% at the 1.2 mg, 1.8 mg, and 2.4 mg doses, respectively, compared to the placebo group’s mean weight loss of 1.6%.

Artios Pharma dosed the first patient in its Phase I/IIa trial of ART4215 in advanced or metastatic solid tumors. ART4215 is a small molecule inhibitor of the Pol θ domain.

AstraZeneca presented on its Phase III MELODY trial of nirsevimab for respiratory syncytial virus (RSV). It is a long-acting antibody co-developed with Sanofi.

ViiV Healthcare presented three-year data from the TANGO study. The results showed the two-drug regimen Dovato (dolutegravir/lamivudine) demonstrated non-inferior efficacy and a high barrier to resistance compared to continuation of tenofovir alafenamide fumarate (TAF)-based regimens of at least three drugs in virologically suppressed adults with HIV-1 who have not experienced previous virologic failure.

Hepion Pharmaceuticals presented results from a Drug-Drug Interaction (DDI) study with CRV431. CRV431 targets several isoforms of cyclophilins making up a family of enzymes involved various processes, including collagen production, inflammation, cell injury, cell death, and protein folding. The drug is being developed for nonalcoholic steatohepatitis (NASH). The study in healthy volunteers was to determine if single or multiple doses of ketoconazole influence the pharmacokinetics of CRV431 and its major metabolites.

UCB announced new interim data from the BE BRIGHT open-label extension study of bimekizumab through to two years in adults with moderate to severe plaque psoriasis who completed one of the three Phase III trials. The data showed that patients receiving the drug achieved sustained levels of skin clearance through to two years with continuous maintenance dosing.

Biophytis presented full results from the SARA-INT Phase II trial of sarconeos in sarcopenia. The data demonstrated that the drug at the highest 350 mg dose demonstrated a clinically meaningful improvement in the 400-meter walk test, the primary endpoint of the trial.

Novartis announced data from the Phase IIIb MATURE study of Cosentyx (secukinumab) in a 2 mL autoinjector (UnoReady pen) showed high efficacy and convenient dosing in adults with moderate to severe plaque psoriasis. The company also presented new analysis from a Phase IIb study of ligelizumab versus Xolair (omalizumab) or placebo in patients with chronic spontaneous urticaria symptoms. The data showed that complete control of symptoms was more likely with ligelizumab over Xolair or placebo.

Novartis and Medicines for Malaria Venture (MMV) also reported positive data from a new non-artemisinin combination in a Phase II trial for malaria. The study tested ganaplacide in combination with a new formulation of llumefantrine optimized for once-daily dosing. The combination hit the primary endpoint in Part B of the study in children with acute uncomplicated malaria.

Hutchmed announced new and updated clinical data from several ongoing combination studies of Sulanda (surufatinib) or Elunate (fruquintinib) with PD-1 inhibitors. This included a Phase II trial of surufatinib with toripalimab in advanced neuroendocrine carcinoma, fruquintinib plus sintilimab in advanced endometrial cancer, the combination in pretreated patients with advanced hepatocellular carcinoma, and in patients with advanced renal cell carcinoma.

Apellis Pharmaceuticals reported positive topline data from the Phase III DERBY and OAKS trials of intravitreal pegcetacoplan in 1,258 adults with geographic atrophy secondary to age-related macular degeneration. The drug is a targeted C3 therapy. Based on the data, the company plans to submit an NDA to the FDA in the first half of 2022.

Dermavant Sciences announced final results from the Phase III PSOARING 3 long-term extension study of tapinarof for plaque psoriasis. The drug is a 1% once-daily, non-steroidal tropical cream. The treatment was well-tolerated long-term and demonstrated a high rate of complete disease clearance.

Boehringer Ingelheim and OSE Immunotherapeutics dosed the first patient in the expansion phase of the Phase I trial of BI 765-63 in combination with ezabenlimab in patients with microsatellite stable advanced endometrium or colorectal cancer. BI-765063 is a first-in-class monoclonal antibody antagonist of SIRP alpha. Ezabenlimab is an anti-PD1 monoclonal antibody.

Adial Pharmaceuticals announced that more than 50% of patients are expected to complete the ONWARD Phase III trial of AD04 as a treatment for Alcohol Use Disorder (AUD) in people with certain target genotypes associated to the serotonin transporter and receptor genes. At this point they have completed the full, 24-week treatment period.

RAPT Therapeutics announced positive topline results from the Phase Ib trial of RPT193 as monotherapy in 31 patients with moderate-to-severe atopic dermatitis. RPT193 is a small molecule oral treatment designed to selectively inhibit the migration of Th2 cells into inflamed tissues by blocking CCR4.

Minerva Neurosciences presented results from a bioequivalence study comparing roluperidone formulations used in its late-stage Phase IIb and Phase III trials and the planned commercial formulation. The study hit all key PK objectives and demonstrated bioequivalence across the various formulations. The drug is being developed for negative symptoms of schizophrenia.

LEO Pharma presented data from its Phase III long-term extension trial of tralokinumab in moderate-to-severe atopic dermatitis. The drug is a high-affinity, human monoclonal antibody that binds to and inhibits IL-13.

Bausch & Lomb and Novaliq announced statistically significant topline data from the second Phase II MOJAVE trial of NOV03 (perfluorohexyloctane) as a first-in-class eye drop to treat dry eye disease associated with Meibomian gland dysfunction (MGD). The results were based on data from 620 participates 18 years of age and older.

Zogenix presented data from an interim analysis of an ongoing 12-month Phase II OLE study of Fintepla (fenfluramine) in Lennox-Gastaut syndrome patients on antiseizure medications. The drug led to a clinically meaningful and sustained decrease in drop seizures.

Edison Oncology and Apollomics dosed the first patient with EO1001 in a Phase I/IIa trial for advanced solid tumors. EO1001 is a potent irreversible tyrosine kinase inhibitor that has shown inhibition of EGFR, HER2 and HER4 as a single agent in lab studies.

Oxurion announced positive data from Part A of its Phase I KALAHARI study of THR-149 for Diabetic Macular Edema (DME). The drug is a plasma kallikrein inhibitor. Based on the data, it has decided to move to the higher dose of the drug for Part B.

Ultimovacs began dosing the second cohort in the Phase I TENDU trial of its Tetanus-Epitope Targeting (TET) platform. The study is a dose-escalation trial to create initial safety and immune activation data for a prostate cancer-specific therapeutic TET-based vaccine in prostate cancer patients who have relapsed after radical prostatectomy.

Amolyt Pharma announced positive results from its Phase I trial of AZP-3601 for hypoparathyroidism. The data showed that repeat dosing of the drug to healthy volunteers induced a rapid, dose-dependent increase in serum calcium levels that was sustained and stable over the treatment period.