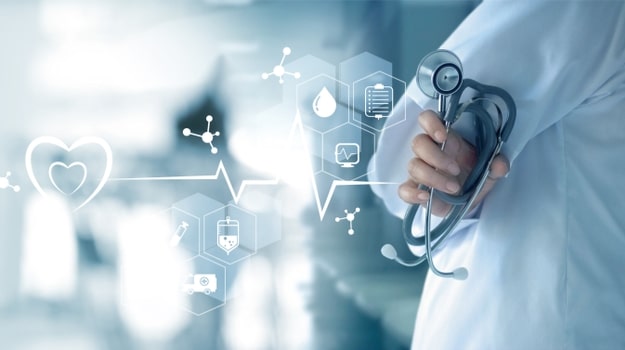 It was another busy week for clinical trial updates and news. Here’s a look.

The U.S. Army Medical Research and Development (USAMRDC) initiated a Phase I clinical trial of its novel vaccine against COVID-19. The vaccine candidate is called “spike ferritin nanoparticle” (SpFN) and uses ferritin—“attaching a certain type of spike protein to a polymerized version of ferritin,” according to the organization.

The UK government’s COVID-19 Vaccine Taskforce and a contract research company called Open Orphan announced a $13 million (£10 million) plan to test investigational COVID-19 vaccines in volunteers who are then intentionally exposed to SARS-CoV-2, the virus that causes COVID-19. The trials won’t begin until early 2021 and are expected to finish in May 2021. They will require regulatory and ethical approval. Open Orphan announced that its subsidiary, hVIVO, signed a contract with the UK Government to develop the human challenge study model. It will involve manufacturing the challenge virus and the “first-in-human characterization study for this virus.”

AstraZeneca reported the U.S. arm of its Phase III COVID-19 vaccine trial would restart last week. It had been paused for more than a month while the FDA evaluated a serious illness in a UK patient. The trial has already restarted in the UK and elsewhere. The patient was diagnosed with transverse myelitis, a serious spinal inflammatory disorder.

Merck announced positive data from two studies of its checkpoint inhibitor Keytruda (pembrolizumab). One was Keytruda with chemotherapy and the other was Keytruda with quavonlimab, Merck’s investigational anti-CTLA-4 antibody. In the first, the combination demonstrated a significant improvement in objective response rates, progression-free survival and a sustained, long-term survival benefit in advanced nonsquamous non-small cell lung cancer (NSCLC). In a second trial, Keytruda and quavonlimab showed an acceptable safety profile and encouraging anti-tumor activity.

Merck also reported results from two more Phase III trials of V114, it’s 15-valent pneumococcal conjugate vaccine. V114 is made up of pneumococcal polysaccharides from 15 pneumococcal serotypes conjugated to a CRM197 carrier protein, which includes serotypes 22F and 33F. Both those serotypes are associated with invasive pneumococcal disease globally and are not otherwise in currently licensed conjugate vaccines for use in adults. The two trials are PNEU-PATH and PNEU-DAY. PNEU-PATH evaluated V114 after administration of PNEUMOVAX 23 on year later in healthy adults 50 years of age or older.

Astellas Pharma, FibroGen and AstraZeneca presented 42 abstracts about Roxadustat at the American Society of Nephrology (ASN) Kidney Week 2020 Reimagined congress. Six sponsored by Astellas focus on the drug in adults with anemia of chronic kidney diseases (CK) related to the Phase III DOLOMITES study and a Japanese Phase III CL-0310 study. Others included safety data from two Japanese Phase III studies evaluating the ophthalmological effects of Roxadustat in anemia of CKD on dialysis and not on dialysis. The FibroGen and AstraZeneca presentations focus on efficacy and safety data from pooled analyses from several Phase III trial of patients on and not on dialysis. Roxadustat is approved for the treatment of anemia associated with CKD in Japan in dialysis dependent patients and in China in both dialysis dependent and non-dialysis dependent patients.

Aptinyx announced positive results for its Phase II trial of NYX-783 in 153 patients with post-traumatic stress disorder (PTSD). In the study, the drug demonstrated statistically significant and clinically meaningful efficacy and a favorable adverse event and tolerability profile. NYX-783 is a novel NMDA receptor modulator.

CRISPR Therapeutics announced positive topline data from its ongoing Phase I CARBON trial. The study is evaluating the safety and efficacy of CTX110, a wholly-owned allogeneic CAR-T cell therapy targeting CD19+ B-cell cancers. Although the efficacy data was promising, there were some severe adverse events with one patient dying. On the efficacy side, there was early evidence of dose-dependent anti-tumor activity.

Valneva SE announced positive initial data from its second Phase II trial of Lyme disease vaccine candidate VLA15. The vaccine was generally safe across all doses and age groups, with fever rates comparable to other similar recombinant vaccines. No serious adverse events were observed. The immunological response in older adults was particularly encouraging.

CARMAT received approval from ANSM, France’s Agency for the Safety of Medicines and Health Products and CPP Ouest III, an ethics committee, to perform implants of its devices within the framework of the PIVOTAL trial in France. The device is an implantable bioprosthesis for heart transplants.

Genmab A/S announced positive topline data from the second part of the Phase III CASSIOPEIA trial. The study is evaluating daratumumab monotherapy as maintenance treatment compared to observation, in other words, no treatment, for patients with newly diagnosed multiple myeloma that are eligible for autologous stem cell transplant (ASCT). The trial’s primary endpoint was improved progression free survival (PFS), which the trial met at a pre-planned interim analysis. It demonstrated a 47% decrease in the risk of progression or death in the patients receiving daratumumab. The safety profile was consistent with previous studies and no new safety signals were seen.

Mesoblast Limited launched a clinical trial at Cleveland Clinic of remestemcel-L delivered by an endoscope directly to inflammation and tissue injury in up to 48 patients with medically refractory Crohn’s disease and ulcerative colitis. Remestemcel-L is a formulation of mesenchymal stem cells (MSCss), that promote healing of inflamed gut tissue by downregulating gut mucosal effector T-cell activity and promoting regulatory T-cell formation.

Myovant Sciences presented data from clinical studies of its once-daily relugolix combination therapy (relugolix 40 mg plus estradiol 1.0 mg and norethindrone acetate 0.5 mg) in women with endometriosis and in women with uterine fibroids. The data was from the Phase III SPIRIT trial in endometriosis and the Phase III LIBERTY trial in uterine fibroids. Both trials met their primary endpoints for reduction in menstrual blood loss compared with placebo after 24 weeks.