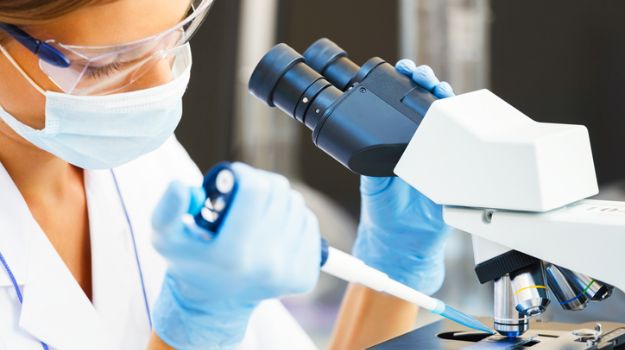 As Memorial Day officially kicks off the summer season, there are plenty of clinical trial highlights. Here’s a look.

Pfizer released toplined data from its Phase II/III trial of the Pfizer-BioNTech COVID-19 vaccine in children ages six months to five years. The data support the use of a three-dose regimen.

Ocugen reported the FDA had lifted a second clinical hold on its studies of Covaxin, a COVID-19 vaccine.  The hold was placed on a Phase II/III trial over concerns about the company’s developmental partner Bharat Biotech International Limited’s manufacturing facility.

Edesa Biotech announced it had initiated enrollment for a second cohort of patients for the Phase III portion of a Phase II/III trial of EB05 for COVID-19-induced Acute Respiratory Distress Syndrome (ARDS). The drug is a monoclonal antibody.

Codagenix dosed the first patient in a Phase I trial of CoviLiv as a booster in healthy adults after previous vaccination with approved COVID-19 vaccines. CoviLiv is an intranasal, live-attenuated virus vaccine.

Moleculin Biotech initiated dosing in its Phase Ia trial of WP1122. The drug is a metabolism/glycosylation inhibitor being developed to treat COVID-19.

Armata Pharmaceuticals reported that it had dosed the first patient in its Phase Ib/IIa trial of AP-SA02 for adults with bacteremia from Staphylococcus aureus infections. In June 2020, the company was awarded $15 million from the U.S. Department of Defense through the Medical Technology Enterprise Consortium (MTEC) managed by the Naval Medical Research Center with funding from the Defense Health Agency and Joint Warfighter Medical Research Program, to evaluate AP-SA02 as an adjunct to best available antibiotic treatment.

Day One Biopharmaceuticals dosed the first patients in sub-study 2 of FIRELIGHT-1, a Phase Ib/II trial of tovorafenib in combination with pimasertib in adolescent and adult patients with recurrent, progressive, or refractory solid tumors with MAPK pathway aberrations. The drug is an oral, brain-penetrant, highly selective type II pan-RAF kinase inhibitor. Pimasertib is an oral, highly selective small-molecule inhibitor of mitogen-activated protein kinases 1 and 2 (MEK-1/-2).

Albireo presented analysis of its pivotal PEDFIC 1 and PEDFIC 2 studies of Bylavy for progressive familial intrahepatic cholestasis (PFIC). Bylvay is a potent, non-systemic once daily ileal bile acid transport inhibitor approved in the U.S. for pruritus in patients three months of age and older in all types of PFIC.

Anokion announced positive results from the Phase I ACeD trial of KAN-101 for celiac disease. KAN-101 is designed to induce tolerance to gliadin, a core component of gluten.

Vectorious Medical Technologies announced the results of Vector-HF I, a first-in-man study of its V-LAP wireless system for left atrial pressure management of heart failure. The V-LAP system in an implanted heart sensor.

The company also presented data from the Phase II Galaxi 1 trial of Tremfya (guselkumab) in moderately to severely active Crohn’s disease. The data demonstrated that patients who were intolerant of or had poor responses to conventional therapies achieved highly clinical biomarker response levels of 47.5% to 66.7%.

Recce Pharmaceuticals announced that in cohort five of a Phase I trial, R327 demonstrated a good safety and tolerability profile among 10 healthy male subjects. The drug, RECCE 327 is an IV and topical therapy being developed for serious and potentially life-threatening infections from Gram-positive and Gram-negative bacteria.

Eli Lilly shared results from its Phase III Lucent-2 trial of mirikizumab for ulcerative colitis. Patients who responded to the drug at 12 weeks achieved and maintained statistically superior and clinically meaningful improvements at one year compared to placebo across all primary endpoints of clinical remission and all key secondary endpoints. Mirikizumab is a humanized IgG4 monoclonal antibody that binds to the p19 subunit of interleukin 23.

Imugene and City of Hope dosed the first patient in a Phase I trial of CF33-hNIS (Vaxinia) for metastatic or advanced tumors. The drug is a genetically altered oncolytic virus programmed to infiltrate cancer cells and cause them to burst.

Luxa Biotechnology announced the first patient was transplanted with RPESC-RPE-4W for dry age-related macular degeneration in its Phase I/IIa trial. The therapy is a cell product derived from the retinal pigment epithelium stem cell (RPESC) that is present in the adult human retina.

Cingulate completed enrollment in its formulation study of CTx-2103 for the management of anxiety-related disorders. Results from the trial are expected in July 2022. CTx-2103 contains the active pharmaceutical ingredient buspirone hydrochloride, a non-benzodiazepine medication.

Pharmazz announced positive topline data from its Phase III trial of sovateltide for acute ischemic stroke. The data at 90 days demonstrated mRS (median score reduction) had a significantly greater number of patients with an improvement of 2 or more points on mRS. It produced a statistically significant and clinically meaningful improvement in neurological outcomes in patients 90 days post-treatment.

Oncotelic Therapeutics reported the FDA had approved its launch of a Phase II trial of OT-101 with Merck’s checkpoint inhibitor Keytruda in metastatic plural mesothelioma. OT-101 is a TGF-beta inhibitor.

Crinetics Pharmaceuticals announced positive results from the multiple-ascending dose (MAD) portion of a Phase I trial of CRN04894 for Cushing’s disease. The drug is a first-in-class, oral, nonpeptide adrenocorticotropic hormone (ACTH) antagonist.

CytomX Therapeutics dosed the first patient in a Phase I trial of CX-904. The drug is a conditionally activated T-cell-engaging bispecific designed to target EGFR on cancer cells and the CD3 receptor on T-cells within the tumor microenvironment.

SciSparc received Ethics Committee approval in Germany and Israel to run a Phase IIb trial of SCI-110 in patients with Tourette syndrome. The drug is based on cannabinoid pharmaceuticals.

Laekna Therapeutics dosed the first patients in a Phase Ib/III trial of afuresertib in combination with fulvestrant in HR+/HER2- breast cancer patients who failed after one or two lines of CDK4/6 inhibitors, endocrine, or chemotherapy treatments. Afuresertib in an AKT kinase inhibitor.

Cynata Therapeutics received the green light from the FDA for a Phase II trial of CYP-001 in acute graft versus host disease. The drug is based on its stem cell platform technology, Cymerus.

Yingli Pharma US dosed the first patient in its Phase I study of YL-13027. The drug is a potent and selective TGF beta receptor 1 inhibitor being developed for advanced solid tumors.

Scioto Biosciences announced topline results from a Phase Ib trial of SB-121 in patients with an autism spectrum disorder. The drug is based on a novel microbiome delivery platform, Activated Bacterial Therapeutics (ABT), which delivers best-in-class, live therapeutic bacteria to the gut. The therapeutic was well tolerated.

Biomind Labs received approval in Argentina to run a third Phase II trial of BMND08 for depression and anxiety in Alzheimer’s disease patients. The drug is a 5-Methoxy-N,N-dimethyltryptamine.

Q32 Bio dosed the first patient in its Phase I trial of ADX-097 for complement disorders. The drug is a first-in-class fusion protein that inhibits complement activation.

Genentech, a Roche company, announced new data from its glofitamab for r/r diffuse large B-cell lymphoma. The drug is a CD20XCD3 T-cell engaging bispecific antibody. After treatment, 34.9% achieved a complete response, with half achieving an overall response.

Adicet Bio announced positive preliminary data from its r/r B-cell NHL therapeutic ADI-001. The drug is a form of CAR T-cell therapy. Of six patients that could be evaluated, 67% had an OR or a CR.

Bristol Myers Squib reported positive Phase II data from its study of Breyanzi (lisocabtagene maraleucel) for r/r large B-cell lymphoma after first-line therapy who were not deemed candidates for high-dose chemotherapy or hematopoietic stem cell transplant. Breyanzi is a form of CAR-T therapy.

AstraZeneca announced the first patients had been dosed in the IRIS Phase III trial of Saphnelo (anifrolumab) in lupus nephritis. The drug has been approved for adults with moderate to severe systemic lupus erythematosus who are receiving standard care.

Purple Biotech announced positive interim safety and efficacy data from the Phase I trial of NT219 in adults with advanced solid tumors. The drug is a first-in-class small molecule, a director inhibitor of Insulin Receptor Substrates ½ and STAT3.