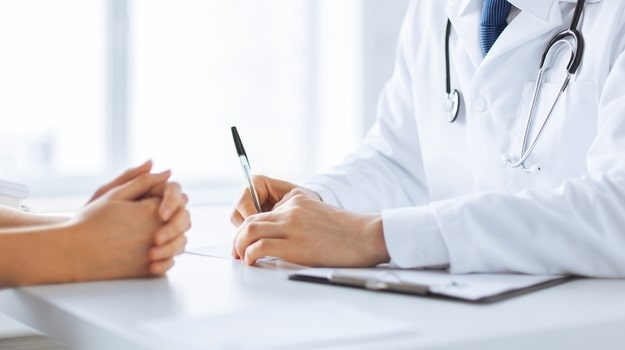 The year is starting to pick up in terms of clinical trial announcements. Here’s a look at last week’s news.

Johnson & Johnson published interim Phase I/IIa data in the New England Journal of Medicine showing its single-dose COVID-19 vaccine candidate created an immune response that lasted at least 71 days. The length of time was associated with the interim data point in the participants aged 18 to 55 years.

The data showed that the vaccine induced an immune response and was generally well-tolerated. After a single vaccination, neutralizing antibodies against COVID-19 were observed in more than 90% of volunteers at Day 29 and 100% of the volunteers between the ages of 18 and 55 at Day 57. The neutralizing antibodies were stable through Day 71, which was the latest available timepoint in the study. Data on participants over the age of 65 years is expected later this month.

DalCor Pharmaceuticals initiated the Phase II dal-COVID trial of dalcetrapib for COVID-19. Dalcetrapib is a potential anti-viral treatment that binds to the catalytic site of 3CLMpro of SARS-CoV-2 in vitro. The trial will be in patients with confirmed mild to moderate symptomatic COVID-19.

Celltrion Group announced topline data from its Phase II/III trial of CT-P59, an anti-COVID-19 antibody. The data showed that at Day 28, patients receiving CT-P59 had significantly reduced risk of COVID-19-related hospitalization and oxygenation without mortality.

Eli Lilly announced results from its Phase II TRAILBLAZER-ALZ trial, demonstrating that its donanemab slowed Alzheimer’s disease compared to placebo. The primary endpoint was change from baseline to 76 weeks in the Integrated Alzheimer’s Disease Rating Scale (iADRS). Donanemab is an antibody designed to target a modified version of beta-amyloid known as N3pG.

In the trial, donanemab slowed decline by 32% compared to placebo, which was deemed statistically significant. The iADRS is a clinical composite tool that combines the cognitive measure ADAS-Cog13 and functional measures ADCS-iADL. The drug also demonstrated consistent improvements in all prespecified secondary endpoints that measured cognition and function compared to placebo. However, it did not hit nominal statistical significance on every secondary endpoint.

MediWound is accelerating its EscharEx Phase II study design for the treatment of venous leg ulcers (VLUs) by adjusting its enrollment target to 120 patients, down from the originally planned 174. EscarEx is a topical biological drug for the debridement of chronic and other hard-to-heal wounds.

Cara Therapeutics initiated a Phase II trial of oral Korsuva (difelikefalin) for moderate-to-severe pruritus in patients suffering from notalgia paresthetica (NP), a nerve disorder marked by chronic pruritus of the upper to middle back. Korsuva is a first-in-class KOR agonist that targets the body’s peripheral nervous system and certain immune cells. The company has submitted an NDA to the FDA for the drug for moderate-to-severe pruritus in hemodialysis patients.

Vitalis dosed the first patient in a pilot study of the safety and preliminary analgesic efficacy of VTS-K in acute musculoskeletal pain. VTS-K is an oral combination of the company’s VTS-Aspirin and ketamine.

Gilead Sciences and Vir Biotechnology plan to initiate a Phase II trial evaluating different combinations of Gilead’s selgantolimod, Vir’s interfering ribonucleic acid (siRNA), and a marketed PD-1 checkpoint inhibitor. VIR-2218 is a TLR-8 agonist. People in the trial with hepatitis B may also receive Gilead’s Vemlidy (tenofovir alafenamide fumarate, TAF). The focus of the study will be proportion of patients achieving a functional cure for hepatitis B.

Rezolute initiated dosing in a Phase I trial of RZ402 for diabetic macular edema. The drug is an oral plasma kallikrein inhibitor.

Eloxx Pharmaceuticals expanded its agreement with the CF Foundation beyond the U.S. portion of its ELX-02 Phase II clinical trial for patients with nonsense mediated cystic fibrosis. The program has two trials, one enrolling patients in Europe and Israel, and the second in the U.S.

aTyr Pharma announced that its partner Kyorin Pharmaceutical Co. completed the last subject visit in its Phase I trial of aTyr’s ATYR1923 for inflammatory lung disease. ATYR1923 is a fusion protein made up of the immunomodulatory domain of histidyl tRNA synthetase fused to the FC region of a human antibody. It acts as a selective modulator of neuropilin-2, which downregulates the innate and adaptive immune response in inflammatory diseases.

Arcus Biosciences presented preliminary data from the dose-escalation portion of its ARC-8 Phase I/Ib trial of AB680 for metastatic pancreatic cancer. AB680 was being evaluated in combination with nab-paclitaxel plus gemcitabine and zimberelimab, ananti-PD-1 antibody. AB680 is a potent and selective small-molecule CD73 inhibitor.