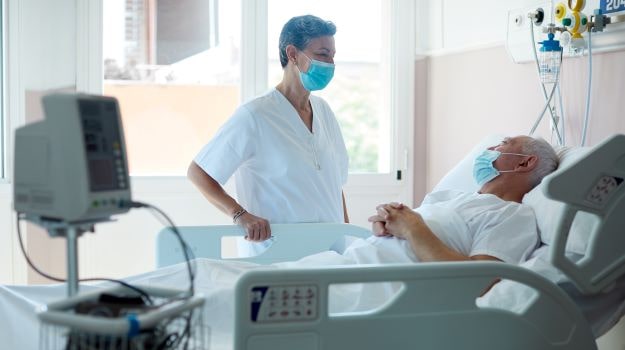 It was a busy week for clinical trial announcements and news. Here’s a look.

Veru announced positive results from its Phase II trial of VERU-111 compared to placebo in 40 hospitalized patients at high risk for ARDS from COVID-19. The drug showed meaningful reductions in various endpoints, including respiratory failure, days in the ICU and on mechanical ventilation and patient mortality. VERU-111 is an oral, first-in-class, new chemical entity that targets, crosslinks, and disrupts alpha and beta tubulin subunits of microtubules.

Covaxx announced interim Phase I data from its Phase I trial of UB-612, a multitope protein/synthetic peptide-based COVID-19 vaccine conducted in Taiwan. The vaccine was generally well-tolerated and produced a robust antibody response. The company’s subsidiary United Biomedical announced that it had received conditional approval to begin Phase II trials of the vaccine candidate in Taiwan. It will evaluate the vaccine in three distinct cohorts: adolescents ages 12 to 18 years of age, adults 19 to 64 years of age, and seniors 65 years and older.

CanSino Biologics’ vaccine was co-developed with the Chinese military. It has an efficacy rate of 65.7% at preventing symptomatic cases. This is based on a multi-country analysis first posted on Twitter by Faisal Sultan, Pakistan’s health adviser, on February 8, 2021. The Phase III trial includes 30,000 participants and demonstrated 90.98% efficacy in preventing severe disease. It only requires a single shot.

A new study is evaluating the role of the Johnson & Johnson COVID-19 vaccine as part of a two-shot regimen. It is studying two doses of the J&J vaccine in up to 30,000 volunteers worldwide. The vaccine has been submitted to the FDA for emergency use authorization as a single-shot vaccine with expected authorization as early as the end of February.

electroCore completed patient enrollment in SAVIOR-1, its study of vagus nerve stimulation in patients with exhibit respiratory symptoms from COVID-19. The trial enrolled 110 patients over 18 years of age with respiratory failure secondary to COVID-19 infection.

AVROBIO announced data from the first patient dosed with the plato gene therapy platform in the ongoing Phase II FAB-GT trial of AVR-RD-01 in Fabry disease. There was a 100% reduction, or complete clearance, of toxic substrate in the kidney biopsy of the patient. AVR-RD-01 is an investigational ex vivo lentiviral gene therapy and kidney substrate reduction is the primary efficacy endpoint.

Jasper Therapeutics announced positive preliminary findings from its ongoing Phase I trial of JSP191. The therapy is being evaluated as a conditioning agent in older patients with myelodysplastic syndromes (MDS) or acute myeloid leukemia (AML) undergoing hematopoietic cell transplantation. JSP191 is a first-in-class anti-CD118 stem cell factor receptor monoclonal antibody. Data from the first six patients who received a single dose of the drug before transplantation showed successful engraftment.

Cue Biopharma dosed the first patient in its Phase I trial of CUE-101 in combination with Merck’s checkpoint inhibitor Keytruda (pembrolizumab). CUE-101 is being evaluated with Keytruda as first-line treatment for human papilloma virus positive recurrent/metastatic head and neck squamous cell carcinoma. CUE-101 is part of a series that consists of Fc-fusion biologics that incorporate peptide-MHC (pMHC) molecules with rationally engineered IL-2 molecules.

Freeline Therapeutics, after receiving feedback from the FDA, announced a modification to the clinical development plan for its FLT180a program for Hemophilia B. The company now plans to run a dose confirmation in a FLT180a Phase I/II trial instead of in the Phase IIb part of the previously planned Phase IIb/III pivotal trial.

In a separate analysis than the CheckMate -9ER trial that was run with 18.1 months of median follow-up, patients who received the combination reported statistically significant quality-of-life benefits associated with health. This included lower treatment burden, decreased risk of deterioration and a decrease of disease-related symptoms compared to sunitinib.

BMS also announced results from the Phase III CheckMate -274 trial. It demonstrated that Opdivo significantly improved disease-free survival (DFS) as an adjuvant treatment in patients with surgically resected, high-risk muscle-invasive urothelial carcinoma and in the subgroup of patients whose tumors express PD-L1. It met both study’s primary endpoints.

Affibody AB and Inmagene Biopharmaceuticals received the go-ahead from the FDA to launch a Phase II trial of izokibep in Ankylosing Spondylitis, a subset of Axial Spondyloarthritis. Izokibep is a novel bispecific agent, potentially targeting both subunits of IL-17A as well as albumin.

Agenus announced additional confirmed objective clinical responses from its Phase I/II trial of AGEN1181 in colon, ovarian, and endometrial cancers. The drug is a next-generation anti-CTLA-4 being evaluated as a monotherapy and in combination with its checkpoint inhibitor balstilimab.

NGM Biopharmaceuticals announced additional data from its Phase I trial of NGM621. The drug is an anti-complement C3 antibody being developed for geographic atrophy, also known as atrophic age-related macular degeneration (AMD).

Orchard Therapeutics announced several updates: 8 patients with MPHS-IH have been treated with OTL-203 in the proof-of-concept study, with follow-up in all patients as of November 2020 having reached at least 12 months. As of February 2021, the company had preliminary results from the first three patients treated with OTL-201 for MPS-IIIA, and were showing promising tolerability, engraftment and biomarker data. OTL-201 is an investigational ex vivo autologous hematopoietic stem cell gene therapy that uses a modified virus to insert a functional copy of the SGSH gene. OTL-203 is an ex vivo autologous hematopoietic stem cell gene therapy.

Melt Pharmaceuticals announced results from its MELT Phase I study of MELT technology (midazolam 3 mg/ketamine 25 mg and midazolam 6 mg/ketamine 50mg) in healthy volunteers and comparing it to IV-administered formulations of both midazolam and ketamine. MELT is a combination of the two drugs in a rapidly dissolving, sublingual tablet to provide sedation and analgesia for people undergoing cataract surgery.

Celon Pharma completed its Phase IA trial of CPL-116, its JAK/ROCK kinases dual inhibitor being investigated for anti-inflammatory and anti-fibrotic effects in autoimmune diseases. The trial was a single ascending dose trial and determined no adverse events.

GENFIT published positive data from the Phase II trial of elafibranor in patients with Primary Biliary Cholangitis (PBC). The data supported the potential for the drug as a novel treatment in PBC.

AC Immune SA announced positive interim results from its ongoing Phase Ib/IIa clinical trial of ACI-35.030 for Alzheimer’s disease. The vaccine showed a potent antigen-specific antibody response against phosphorylated tau (pTau) in 100% of older patients with early Alzheimer’s. ACI-35.030 is a potent liposomal anti-pTau vaccine. It is engineered to elicit antibodies against phosphorylated pathological Tau protein, which is associated with Alzheimer’s disease.

Athenex published Phase III data from two Phase III trials of Klisyri for topical treatment of actinic keratosis of the face or scalp. The drug is an anti-proliferative agent that inhibits tubulin polymerization and Src kinase signaling.

Amicus Therapeutics announced topline results from its Phase III PROPEL pivotal trial of AT-GAA (cipaglucosidase alfa and miglustat) for late-onset Pompe disease (LOPD). Although the results showed some positive data, it failed to hit the primary endpoint in a head-to-comparison with standard of care for Pompe disease. AT-GAA is a two-component therapy made up of cipaglucosidase alfa, a unique recombinant human acid alpha-glucosidase (rhGAA) enzyme with optimized carbohydrate structures. This improves uptake into cells. It is administered at the same time with miglustat, a cipaglucosidase alfa stabilizer.

Olatec Therapeutics published data from its Phase Ib trial of patients with heart failure with reduced ejection fraction (HFrEF). The trial met its primary objectives, demonstrating that dapansutrile is safe and well tolerated. The drug is a small molecule, new chemical entity that binds to and blocks NLRP3.