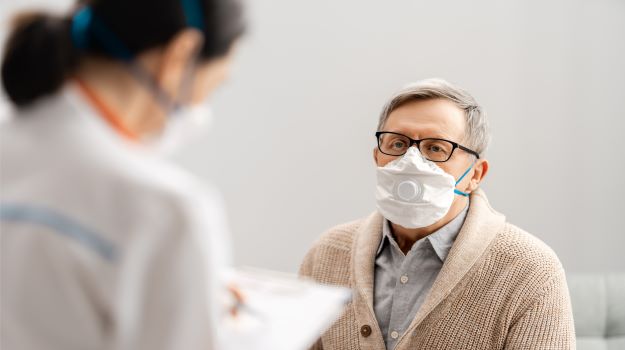 It was a busy week for non-COVID-19-related clinical trial news, while fairly quiet on the COVID-19 arena. Here’s a look.

China’s CanSino Biologics announced it will initiate clinical trials next week of an experimental COVID-19 vaccine that is inhaled, instead of injected. CanSinoBio is working with the Beijing Institute of Biotechnology on the inhaled vaccine. The company’s vaccine, Adenovirus Type 5 Vector (Ad5-nCoV), which is given by injection, was already approved in China and other countries. Theoretically, an inhaled vaccine would activate antibodies or T-cells in the airways, which should provide additional protection.

Organicell Regenerative Medicine completed enrollment for its expanded access trial for Zofin for COVID-19. The trial will be run at the United Memorial Medical Center in Houston. Zofin is an acellular biologic derived from perinatal sources and manufactured to retain naturally occurring microRNAs.

Verona Pharma announced data from a pilot study of a pressurized metered-dose inhaler (pMDI) formulation of ensifentrine. The drug was safe and well-tolerated in COVID-19 patients. The trial wasn’t designed to determine efficacy, and none was observed. One patient death was reported in the group receiving the drug. Ensifentrine is a first-in-class therapy with both bronchodilator and anti-inflammatory activities. It is in Phase III development for COPD.

Inovio announced plans for a mostly ex-U.S. Phase III trial of INO-4800, its COVID-19 vaccine candidate. Because there are so many other vaccines available in the U.S., funding for the Phase III segment of the INNOVATE trial was halted by the Department of Defense Joint Program Executive Office for Chemical, Biological, Radiological and Nuclear Defense (JPEO-CBRND) in coordination with the Office of the Assistant Secretary of Defense for Health Affairs (OASD(HA)) and the Defense Health Agency (DHA). They will continue to fund the completion of the ongoing Phase II segment.

Bharat Biotech reported interim data from the Phase III trial of its COVID-19 vaccine COVAXIN, which demonstrated a 100% efficacy against severe infection. The vaccine was developed with seed strains from the Indian Council of Medical Research’s (ICMR) National Institute of Virology. It is a highly purified and inactivated vaccine. A second interim analysis suggested a 78% efficacy against mild, moderate and severe disease, and 70% efficacy against asymptomatic disease.

Istari Oncology received the greenlight from the FDA for its Phase I/II LUMINOS-103 trial single-arm basket trial of PVSRIPO with or without PD-1/L1 inhibitors in adults with solid tumors. It will begin with two bladder cancer cohorts. PVSRIPO is a novel intratumoral viral immunotherapy.

Sunovion presented new pooled analysis comparing motor improvements after treatment with Kynmobi (apomorphine sublingual film) compared to levodopa in Parkinson’s disease patients experiencing OFF episodes. The data showed the mean motor response with Kynmobi was about two times higher than with levodopa at 15 minutes post-dose, with the response persisting to 30 minutes.

Arcutis Biotherapeutics presented new data from three studies evaluating the safety, efficacy, and tolerability of its once-daily, topical roflumilast cream and foam. The data included positive results from a Phase IIb trial of roflumilast foam for scalp and body psoriasis and Phase I of roflumilast foam in patients with seborrheic dermatitis.

NeoTX Therapeutics got the go-ahead from the FDA for its IND application for naptumomab estafenatox (NAP). NAP is the company’s lead Tumor Targeted Superantigen (TTS) molecule, which binds a genetically engineered bacterial determinant to the tumor surface while at the same time activating and expanding tumor specific immune cells.

Avadel Pharmaceuticals presented positive secondary endpoint data for FT218, an investigational once-nightly formulation of sodium oxybate for excessive daytime sleepiness and cataplexy in adults with narcolepsy. The drug is currently under review by the FDA with a PDUFA date of October 15, 2021.

Humanigen reported positive data from its Phase Ib ZUMA-19 trial of lenzilumab in patients treated with CAR-T in diffuse large B-cell lymphoma (DLBCL). Lenzilumab is being investigated for its ability to tamp down the hyper-immune response known as a cytokine storm. ZUMA-19 study was evaluating the efficacy and safety of lenzilumab and CAR-T, specifically Gilead’s Yescarta (axicabtagene ciloleucel) in patients with relapsed or refractory (r/r) DLBCL. In the six patients in the study, the objective response rate (ORR) was 83%, including four complete responses (CR). In cohort 1, no patients had severe cytokine release syndrome (CRS) of grade 3 or higher. One patient experienced grade 3 neurotoxicity (NT) that lasted for two days. At the recommended dose for Phase II, ORR was 100% and the toxicity-free CR was 66%. No severe CRS or severe NT was observed at the recommended Phase II dose. No adverse events associated with lenzilumab were observed in the study.

Vincerx Pharma was given the go-ahead by the FDA to initiate a Phase Ib dose escalation study of VIP152 in patients with r/r chronic lymphocytic leukemia and Richter syndrome. VIP152 is a highly selective PTEFb/CDK9 inhibitor.

Eli Lilly and Incyte announced results from a second Phase III trial of once-daily baricitinib in severe alopecia areata. The data are consistent with the results from the first Phase III trial. A statistically significant proportion of patients receiving baricitinib achieved the primary endpoint of hair regrowth. Baricitinib is marketed as Olumiant. It is a JAK inhibitor.

Steba Biotech dosed the first patient in its Phase III ENLIGHTED trial of padeliporfin ImPACT (Immune Photo Activated Cancer Therapy). ImPACT is a minimally invasive, targeted treatment. The Phase III trial will recruit 100 patients with low-grade UTUC in either the kidney or the ureter.

Incyte and MorphoSys dosed the first patient in the Phase III inMIND study of tafasitamab in combination with lenalidomide and rituximab in patients with r/r follicular lymphoma (FL) or marginal zone lymphoma (MZL). Tafasitamab is a humanized Fc-modified cytolytic CD19 targeting monoclonal antibody.

Prelude Corporation announced results from a prospective study in 44 U.S. academic and community cancer centers on the impact of DCISionRT on clinicians’ recommendations to administer or omit adjuvant radiotherapy in patients with ductal carcinoma in situ (DCIS) after breast conserving surgery. The data found that using the DCISionRT led to a change in recommendation in 42% of patients with DCIS, also known as stage 0 breast cancer.

Claritas Pharmaceuticals and CMAX Clinical Research Pty are partnering on a Phase I study of Claritas’ liquid, nitric oxide-releasing drug, R-107. The drug was initially licensed from Salzman Group for treatment of COVID-19 and other viral infections.

Evelo Biosciences presented full clinical data from the Phase Ib clinical trial cohort of EDP1815 for mild and moderate atopic dermatitis at the International Society of Atopic Dermatitis (ISAD) Hybrid Meeting 2021. EDP1815 is an investigational oral drug. The trial hit the primary endpoint and the drug was well tolerated.

SiteOne Therapeutics began dosing in its Phase I study of ST-2427 for moderate-to-severe pain. ST-2427 is a highly selective inhibitor of NaV1.7.

TG Therapeutics initiated patient enrollment in the ULTRA-V Phase III trial of the time-limited triple combo of Ukoniq (umbralisib), ublituximab, and venetoclax for r/r chronic lymphocytic leukemia. Ukoniq is the company’s once-daily PI3K-delta and CK1-epsilon inhibitor; ublituximab is the company’s glycoengineered anti-CD20 monoclonal antibody. Venetoclax is AbbVie and Genentech’s Venclexta. The triple combination will be compared to the duo combo of Ukoniq plus ublituximab.

Organicell Regenerative Medicine got the go-ahead from the FDA for a Phase I/II clinical trial of Zofin for knee arthritis. It is expected to launch in the second quarter. Zofin is an acellular, biologic derived from perinatal sources and manufactured to retain naturally occurring microRNAs.

Humacyte announced five-year data from a Phase II trial of patients receiving the human acellular vessels (HAV) for arteriovenous (AV) access in hemodialysis. The data suggest long-term durability and functional hemodialysis access of the HAV.

Vaccinex published results from its CLASSICAL-Lung Phase Ib/II trial of pepinemab in combination with EMD Serono and Pfizer’s checkpoint inhibitor Bavencio (avelumab) for non-small cell lung cancer (NSCLC). The combination seemed to halt or reverse tumor progression in a subset of both immunotherapy naïve patients, including with PD-L1-negative or PD-L1-low tumors.

Zogenix presented new data in support of its Phase III trial of Fintepla (fenfluramine) on the everyday executive function for children and young adults with Lennox-Gastaut syndrome (LGS). The drug is being investigated for treatments for seizures associated with LGS, a rare, severe epilepsy.

MediWound enrolled the first patient in its Phase II study of EscharEx, its next-generation enzymatic debridement agent being developed for chronic wounds. EscharEx is a topical biologic, a concentrate of proteolytic enzymes enriched in bromelain.

Pharming Group enrolled the first patient in its Phase IIb study of Ruconest (recombinant human C1 esterase inhibitor) for the prevention of acute kidney injury after non-ST elevation myocardial infarction. The trial will assess NGAL levels, as well as a number of other clinical and laboratory results.

The University of Oxford/Jenner Institute and Novavax are reporting that their investigational malaria vaccine, R21/Matrix-M, demonstrated 77% efficacy in children over 12 months of follow-up. The vaccine was developed by the University of Oxford and utilizes Novavax’s Matrix-M adjuvant. It is licensed to Serum Institute of India (SII). In the higher-dose adjuvant group, the study reported efficacy of 77%. In the lower dose adjuvant group, they reported 71%.