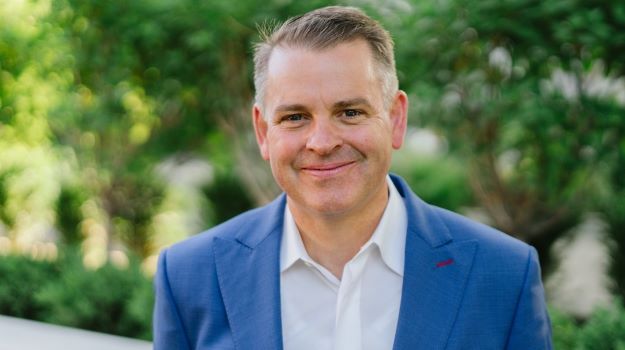 CNM-Au8 did not meet its primary endpoint of slope of change based on the adjusted ALS Functional Rating Scale-Revised measurement used in studies assessing treatments for ALS. Additionally, CNM-Au8 failed to meet the study's secondary endpoints of Combined Assessment of Function and Survival and slow vital capacity across the combined 30 mg and 60 mg doses.

Even so, the trial included some positive data. Prespecified exploratory analyses of the secondary survival endpoint for the 30 mg dose demonstrated a 90% or greater reduction in risk of death alone or risk of death in patients who require permanently assisted ventilation at 24 weeks when adjusted for baseline.

The company noted these survival results were statistically consistent for the 30 mg dose between the regimen only and full analysis sets, which included shared placebo from other regimens participating in the Healey ALS Platform trial.

Mark Mortenson, chief scientific officer at Clene, told BioSpace he was delighted to see that data. Additionally, the survival signal remained consistent with prior results from the Phase II RESCUE-ALS trial. The CNM-Au8 60 mg dose did not demonstrate a survival benefit.

"While this survival signal was consistent with prior results from the Phase II RESCUE-ALS trial, it was a little earlier in time than in our Rescue trial, which surprised me. Hopefully, additional quality of life benefits for ALS patients will be recognized by them after a little longer exposure to our drug," Mortenson said.

Rob Etherington, Clene's president and chief executive officer, said this survival data is encouraging, especially since the FDA has recognized the importance of survival benefits in ALS with the recent approval of Amylyx's Relyvrio.

In a call with BioSpace Monday morning, Etherington said the HEALEY survival data and the data from the RESCUE-ALS study show the potential for CNM-Au8 to improve survival in ALS patients. Like Mortenson, he said the benefit of survival at six months was unexpected and something that has not yet been seen in ALS medications.

Based on the data in HEALEY and RESCUE-ALS, Etherington said the company will meet with the FDA to discuss the path forward for CNM-Au8. Clene is also open to pursuing partnerships with potential strategic partners as it moved toward market authorization, he noted.

CNM-Au8 is an investigational gold bioenergetic nanocatalyst designed to be used as an add-on treatment for multiple neurodegenerative diseases, including ALS, Parkinson's and multiple sclerosis. The mechanism aims to catalyze bio-cellular reactions, enabling neuroprotection and remyelination by increasing neuronal and glial resilience to disease-relevant stressors.

Clene anticipates full data analyses, including biomarkers of neurodegeneration and exploratory efficacy results, will be available later this year. An open-label extension study will continue to follow patients and provide additional data. Clene is also in discussions to design an expanded access protocol for 30 mg of CNM-Au8 with the HEALEY administrators.

Dr. Merit Cudkowicz, a Harvard professor, chair of neurology and director of The Sean M. Healey and AMG Center for ALS at Massachusetts General Hospital, agreed that the survival data warrants further exploration. She told BioSpace the data should support a future Phase III study, as it showed the 30mg dose delays the need for permanent assisted ventilation and prolongs survival.

In July, the company reported positive interim data from the Phase II study that showed CNM-Au8, improved survival in ALS patients by 70%. That data assessed CNM-Au8 with the Kaplan-Meier scale to analyze survival. The data released over the summer showed patients who received the nanocrystals as part of their regimen had a median survival of 23.1 months.

Based on its findings, Clene intends to continue development of the 30mg dose of CNM-Au8 in ALS. Throughout the study, CNM-Au8 was well-tolerated, and there were no drug-related serious adverse events or significant safety findings reported.

This marks the second drug in less than a week assessed in the HEALEY study to miss the mark. Last week. Biohaven Pharma's verdiperstat failed to distinguish itself from placebo during the study. Biohaven will continue to conduct analyses of the data from the trial, and study results will be presented at an upcoming scientific meeting. Those analyses will determine the future development plans for verdiperstat, which was licensed from AstraZeneca.

There has been positive news in the fight against ALS. Last week, the FDA approved Amylyx's AMX0035. The drug was approved after clinical data showed the medication slowed the progression of the disease, which extended the lives of patients by several months. AMX0035 will be sold under the brand name Relyvrio. The approval marked the third drug in the U.S. authorized for use with ALS patients.