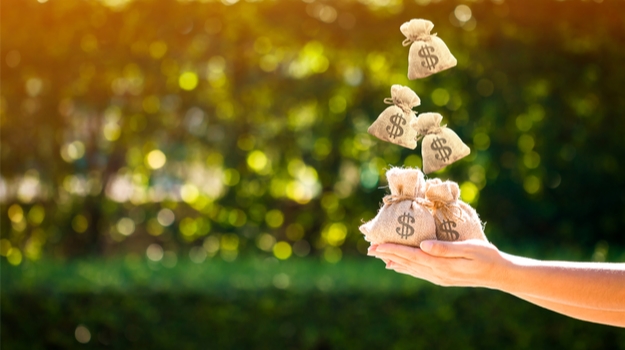 Boston-based biopharmaceutical company Cerevance secured $45 million in a Series B financing round to support development of its therapeutics for central nervous system diseases, including Alzheimer’s and Parkinson’s disease.

Cerevance will use the funds to advance its Phase II asset aimed at Parkinson’s disease, as well as bring four additional therapeutic candidates into the clinic. The company hopes to harness its NETSseq technology that uses tissue samples from human brains to identify differences in mature cell types and identify new targets and therapies that can better treat many common neurodegenerative diseases that currently have no cure. The technology, which was developed at Rockefeller University, “transcriptionally and epigenetically” profiles specific neuronal and glial cell populations in thousands of post-mortem human brain tissue samples.

The Phase II trial is assessing the efficacy and safety of CVN424, an orally bioavailable, brain penetrant small molecule, in patients with Parkinson’s disease and motor fluctuations who are currently being treated with levodopa. The Phase II trial began in 2019. A readout was initially expected by the company in late summer or early fall, but due to the impact of COVID-19 on clinical trial recruitment, Chief Executive Officer Brad Margus told BioSpace that he now anticipates a readout in December.

The preclinical assets could be moved into Phase I over the next few years, Margus noted. He said the company has several promising preclinical candidates under development, but given the likelihood that some will fail, they anticipate four will be able to advance.

The $45 million in funding for brain disease comes at a time of market volatility due to the COVID-19 pandemic that has infected more than 2 million people across the globe. The Series B was supported by GV (formerly Google Ventures), Bill Gates and Foresite Capital. The financing was also supported by previous investors, including Takeda Ventures, Inc., the corporate venture arm of Takeda Pharmaceutical Company, Ltd., the Dementia Discovery Fund and Lightstone Ventures.

In an interview with BioSpace, Margus said the investors in the Series B are those who appreciate data sets that could change the world. He said the company’s NETSseq technology is generating unprecedented data sets and they’re gaining insights into why some cell types are more vulnerable than other cell types. Those insights will be used to advance new and “desperately needed therapies for brain diseases.” He added that the investors are excited about the potential opportunities Cerevance’s technologies can generate for CNS diseases.

“Cerevance has a differentiated approach to neurotherapeutics and continues to apply its powerful NETSseq platform to central nervous system diseases,” David Schenkein, General Partner at GV said in a statement. “With exceptional science, a strong sense of urgency and a leadership team that has previously succeeded together in drug discovery, Cerevance is well-positioned to deliver life-changing therapeutics for patients with brain diseases.”

Earlier this year, Cerevance teamed up with Takeda, one of the supporters of the Series B, to tackle gastrointestinal disorders that have their roots in the central nervous system. The two companies partnered together to identify novel target proteins expressed in the central nervous system for the development of therapies targeting GI disorders. Takeda and Cerevance have a long history. In 2016, Takeda helped launch Cerevance with support of its $21.5 million Series A financing round and also housed the startup at its Cambridge, U.K. location. Additionally, Takeda provided Cerevance with a 25-member neuroscience research team.

Although he did not provide any details, Margus said Cerevance is in discussion with other companies for potential collaborations. Those companies could use Cerevance to look at more obvious CNS areas than the GI approach Takeda has taken, he said.

Looking at the future, with a potential Phase III Parkinson’s asset, multiple Phase I programs and other partnerships, Margus said Cerevance will become a changed company. The next time Cerevance has to raise money, Margus said it will “be a very different company.”