Canada Gaining in the Global War for Biotech Talent 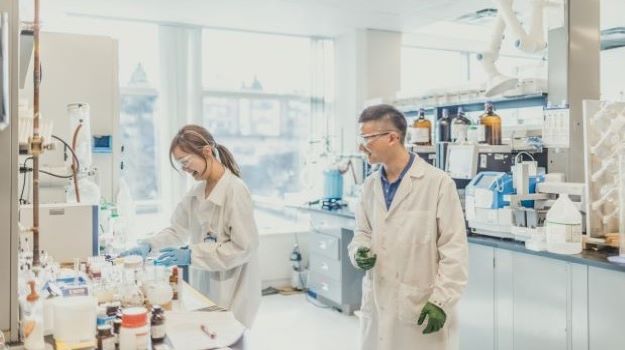 Dear America: We would like to politely inform you that we are coming for your biotech talent. Sincerely, Canada.

While former U.S. President Donald Trump’s immigration policies made it increasingly difficult for highly skilled foreign tech workers to settle there, Canada reaped the benefits. Toronto saw the biggest growth in technology jobs of any North American city between 2015 and 2020, while Vancouver, British Columbia also made the top five. Will this trend outlive Trump?

“You've got a very robust venture capital [VC] market right now in Canada that has grown significantly over the past couple of years, so companies are now able to access deeper pools of capital, which has allowed us to be competitive in terms of what we pay. That was always the big gap,” said Andrew Casey, president and CEO of BIOTECanada, the national industry association.

While working at a size and population disadvantage – Canada is approximately 10 times smaller than its neighbor – the country is buoyed by a strong university ecosystem and thousands of new venture start-ups playing in biotech’s hottest spaces. Not to mention established companies like Telo Genomics, a biotech pioneering one of the industry’s most powerful telomere platforms, and Oncolytics Biotech Inc., which is working on an intravenously delivered immuno-oncolytic virus intended to strengthen the immune system against cancer.

And these companies are growing quickly.

“You've seen companies like AbCellera, Medicago, Notch [Therapeutics], all get massive financing to IPO, so that means they're growing. They've now got capital to spend, so they are definitely out there searching for talent. I think AbCellera is currently at about 120 to 130 employees, and they expect to go to 400 by the end of the year,” Casey said.

Chinook, which launched in 2019, started out with 12 people and has since grown to around 125. Chinook Chief Operating Officer Tom Frohlich told BioSpace that the company is actively building out its capabilities, particularly in R&D at its Vancouver headquarters, to serve its mission of building the industry’s leading kidney disease pipeline.

“There's no shortage of American VCs that want to invest here as well. I think in the past, people always talked about how Canada has great science, but it's hard to raise money and get management in place. I think that money piece is a lot easier now,” Frohlich said.

This momentum was also likely driven in part by the COVID-19 pandemic. The ongoing global crisis hit wealthy western countries over the head, alerting them to the fact that much of their pharmaceutical manufacturing capacity comes from abroad. Canada is no exception, and the government responded with plans to pump significant funds into the life sciences and bio-manufacturing sector.

On August 10, the government began to make good on this promise, announcing that it was entering into a Memorandum of Understanding (MoU) with Moderna to build a state-of-the-art messenger RNA (mRNA) vaccine manufacturing facility. Moderna chief executive officer Stéphane Bancel projected that the facility would employ between 200 and 300 people at a location still to be determined.

Canada’s 2021 federal budget proposes a $2.2 billion investment into the biotech space, including $1 billion over seven years targeted toward promising Canadian life sciences and bio-manufacturing firms through the Strategic Innovation Fund beginning in 2021-2022. There is also a proposal to allocate $50 million to create a life sciences stream in the Venture Capital Catalyst Initiative.

“A lot of that investment is going to create more companies that grow more capacity for R&D, and that's going to require more talent. I think they’re all great incentives. Are we able to go out and get that talent is going to be the big challenge,” Casey said.

Top universities like the University of Toronto, McGill University in Montreal, and Hamilton, Ontario’s McMaster University draw international students by the thousands for their innovative biotechnology and biochemistry programs and award-winning professors. But is there enough incentive for these students to remain on Canadian soil after graduation?

Setting aside the infamous Canadian winters, there are key recruitment metrics that Canada needs to be able to compete on.

“The big thing, of course, is compensation,” Casey said. “Are we able to put competitive salaries on the table for people? If you're in Boston or San Francisco, you're earning a very significant salary in U.S. dollars, and it’s a very low tax rate. So that’s really tough to compete against. You’re going to have to put other things on the table like quality of life and the housing market.”

“Can you create a critical mass of companies so that if the company that you’ve moved for doesn't succeed, which is quite often the case, where can you go? If you’re in Boston, Cambridge or Kendall Square, if your company doesn’t succeed, you don’t even have to change your parking space,” he said.

“I think the biggest challenge is sort of the limited number of companies that are here in Canada, although I think that's changing really, really quickly. The ecosystem is growing pretty quickly, in Vancouver where you've got a couple of companies that are emerging as anchor companies, and then in Toronto and Montreal as well, there seems to be more and more growth,” he said. “But I think it's broader than just Canada right now. I think the war for talent across the industry, full stop, is pretty intense.”