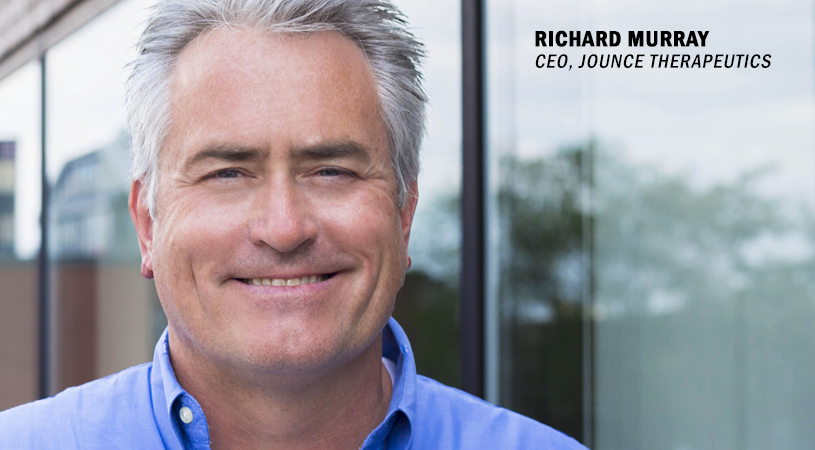 That surpassed the four-year-old company’s intention of raising $75 million, when it filed with the U.S. Securities and Exchange Commission for its initial public offering in December. Jounce, which is focused on the development of cancer immunotherapies, is being sold on the Nasdaq Global Select Market under the ticker symbol JNCE.

Jounce is coming off a strong 2016 that included a July deal with Celgene Corporation that could be worth up to $2.5 billion. Celgene is funding development of Jounce’s lead product candidate, JTX-2011, a monoclonal antibody that binds to and activates the Inducible T-cell CO-Stimulator (ICOS). JTX-2011 has a dual mechanism of action, stimulating T effector cells and selectively reducing intra-tumoral T regulatory cells, thereby shifting the balance of T cells in a tumor toward anti-tumor activity. Clinical trial data shows that JTX-2011 has demonstrated durable anti-tumor efficacy in multiple preclinical tumor models as both a single agent and in combination with anti-PD-1 therapy. In September 2016, Jounce announced the enrollment of the first patients in ICONIC, its Phase I/II clinical trial of JTX-2011 in patients with advanced solid tumors. ICONIC stands for ICOS AgONist Antibody for Immunotherapy in Cancer Patients.

In addition to Jounce’s lead product, as BioSpace previously reported, the deal with Celgene also includes up to four early-stage programs that Celgene will select from a defined pool of B-cell, T-regulatory cell and tumor-associated macrophage targets. There is also an option to share a checkpoint immuno-oncology program. In addition to JTX-2011, Jounce has JTX-4014 in preclinical trials, and multiple undisclosed targets in target identification or discovery phase.

Jounce’s $102 million haul from its first day as a public company almost matches the $103 million it raised in funding rounds since the company’s inception in 2013.

Although Jounce is the first biotech in the white-hot pharma hub of Cambridge to go public this year, it is not the first biotech company to do so. San Diego-based AnaptysBio raised $75 million in its IPO and Swiss-based biotech ObsEva S.A. raised $97 million, the Boston Business Journal reported. Another Cambridge-based biotech, Visterra, could be the next industry company to go public, the Journal said.