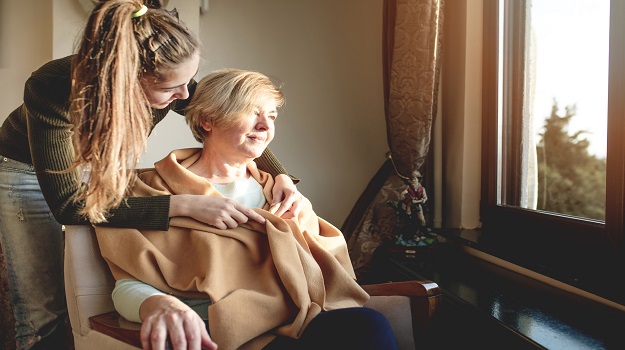 The Boston University School of Medicine (BUSM) has unraveled details about a known genetic component for the development of Alzheimer’s disease (AD). The apolipoprotein E (APOE4) gene has been recognized by the scientific community as an important point of research toward finding effective treatments for AD, but the physiologic mechanism by which its presence increases risk had not yet been uncovered – until the publication of this study in the journal Cell.

Notably, the research team looked deeper into the hereditary aspect of the APOE4 gene and found that patients who carry the gene inherit an entirely unique genetic background along with it. Additionally, the problems seen associated with APOE4 only occur in human cells. Inheritance of the gene is considered to be the top precursor for late-onset AD. Understanding the way the gene affects the rest of the human genome is critical for potentially preventing or reversing the disease.

“Our study demonstrated what the APOE4 gene does and which brain cells get affected the most in humans by comparing human and mouse models. These are important findings as we can find therapeutics if we understand how and where this risk gene is destroying our brain,” Julia TCW, Ph.D., corresponding study author and an assistant professor of pharmacology & experimental therapeutics at BUSM, said.

The research design used multiple human brain cell models, including experimental models, post-mortem brain donations and human-induced pluripotent stem cells (hiPSCs). All models used were from patients with confirmed AD. A series of combinations were tried to find out more information. One of these combinations compared hiPSCs of people with the non-mutated APOE3 gene with hiPSCs of patients with AD that have the mutated APOE4 gene. Another combination was experimental and compared the brains of those with AD against various APOE genes. The third model compared the brains of AD patients with those of people that have other APOE genotypes. In all of the models used, RNA was sequenced to reveal defects associated with APOE4, along with genetic screening methods.

There are other illnesses linked to the APOE4 gene, including Parkinson’s disease and a handful of rare diseases that have a genetic component. This research could go on to influence research and development efforts aimed at reducing the risk of any of these diseases.

The Banner Alzheimer’s Institute is leading research looking into the implications of inheriting two copies of the mutated APOE4 gene. A clinical trial evaluating prevention methods is in the planning stages.

Acknowledging the degree to which having the APOE4 gene increases the risk of developing AD, Quest Diagnostics has developed a diagnostic tool that detects APOE4 at an impressively accurate degree. The test has demonstrated sensitivity and specificity rates of 85% to 90%. It launched in April for the detection of early AD. All in all, the scientific community appears to be getting closer to a fuller understanding of Alzheimer’s disease each day.