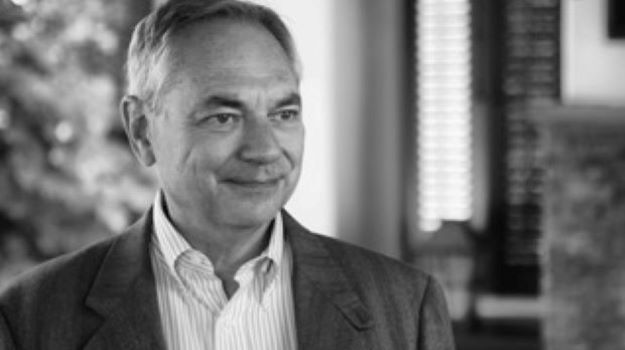 Anaphylaxis is a serious and potentially fatal allergy to bee venom, food and medication, and only 50-60% of the affected population is adequately prepared for an attack. Even less are prepared in severe cases where a second dose is required. Bryn Pharma – founded by patients for patients – is trying to change that.

“Over 1500 people a year die of anaphylaxis in the United States, and that’s totally preventable,” Bryn Chief Executive Officer, David Dworaczyk, told BioSpace. “The only thing that people have had available to them are auto-injectors. Nobody has paid a lot of attention to this space, and to patient needs, and it’s created a problem on a number of levels.”

Bryn is developing a novel bi-dose epinephrine nasal spray device, which Dworaczyk describes as being “a little bit bigger than a chapstick.”

The company will be presenting new data in February at the upcoming 2021 American Academy of Asthma, Allergy and Immunology (AAAAI) annual meeting. Highlights will include the favorable release profile, and pharmacokinetic and pharmacodynamic outcomes of epinephrine when administered with one spray from Bryn’s device compared with administration by a single 0.3mg epinephrine auto-injector.

The Bryn Management team has a personally-vested interest in empowering these particular patients.

“Our company is founded by patients. Our founder, and me as well, we all are anaphylactic, or our child and our family are anaphylactic. So, we’re doing this not only for the company but as something for the patient community. Something that will really make a difference; something to be disruptive in the space,” said Dworaczyk, who is severely allergic to bee stings.

The most prevalent antidote for anaphylaxis is epinephrine, a medication that acts quickly to reduce the body’s allergic response by improving breathing, stimulating the heart, regulating blood pressure, and reducing facial and throat swelling.

The dominant delivery mechanism currently on the market is Mylan Pharmaceuticals’ EpiPen®, a cumbersome, less than user-friendly needle-based device that many patients find either inconvenient or are afraid to use.

“There are a lot of issues surrounding why people don’t carry it and don’t use it, but the vast majority of them is size, fear of needles, costs,” Dworacyk said.

The EpiPen increased in price by a staggering 500% between 2009 when it stood at about $103.50 to 2016 when the device rang it at more than $608.61. Mylan CEO Heather Bresch explained to a congressional committee in that same year that this was a result of the company ramping up its supply chain to increase access to the device.

In addition, many K-12 schools consider the EpiPen a potential weapon – thus requiring its storage in a location often not immediately accessible to the patient.

“We know that symptoms can accelerate extremely quickly. If that occurs, emergency medical attention is required, and that child can have severe complications. So having our needle-free device, something that’s easy to use, easy-to-carry, the child can have it in their pocket and easily use it. They can keep it with them because it doesn’t have a needle,” Dworaczyk said. “There’s gotta be a better way. Auto-injectors have been around for over 50 years and they really haven’t changed much. When I was first diagnosed, 40-plus years ago, they gave me an auto-injector. It’s the same product that it is today.”

Dworaczyk also shared how frightening an attack can be for the caregiver, referencing co-founder and Chief Inspiration Officer, Michelle Lobel, whose two children have severe nut allergies:

“She [Lobel] has had to dose her kids. So you can imagine how difficult that is, trying to stab your child with an auto-injector.”

While conducting market research, Bryn discovered some alarming statistics when it comes to the use of emergency epinephrine.

“What we have found is that, at the high end, 60% of patients that are actually diagnosed with anaphylaxis and prescribed emergency epinephrine, actually fill the prescription. When somebody actually does fill their prescription, only about 40-50% of them actually carry the device with them,” Dworaczyk revealed, adding that only 10% of patients carry the recommended two doses. “When you think about that, it’s telling you that the vast majority of patients are not protected during the course of an anaphylactic event.”

This is even more concerning because the nature of anaphylactic attacks is relatively random. One episode could be minor, and the next severe. The onset of symptoms can even be delayed by hours.

Dworaczyk shared that according to Bryn’s market research, patients “clearly tell us that they will more readily carry our device and more readily use it. In some cases, patients are telling us that they would use our device 5, 10, 20 minutes sooner than they would use an auto-injector. In the scheme of an emergency event, especially anaphylaxis, the first 20-30 minutes are critical to getting symptoms under control because they escalate very rapidly.”

“Our device is a small, easy-to-use, easy-to-carry needle-free device that has two therapeutic doses in it. We’re making it so that it comes in a little plastic carrying case that makes it very easy to carry. You can easily slide it in your pocket, or in a backpack, or your purse. And it’s not intimidating to use. So, in a way, what we’re doing with our device is almost forcing compliance,” explained Dworaczyk.

The allergy community will have to wait until late February for Bryn to reveal the latest on the bi-dose epinephrine nasal spray device, but Dworaczyk stated that results thus far indicate effectiveness and safety on par with its convenience.

“In a nutshell, what we’ve been able to demonstrate is that a single spray from our device delivers epinephrine with a favorable release profile compared to an epinephrine autoinjector – compared to the Mylan generic autoinjector - and its extent clearly demonstrates that we were able to deliver therapeutic doses with a release profile that’s favorable to the EpiPen,” said Dworaczyk.

“This whole idea of using a nasal spray for epinephrine is something that, at least from what see, and what we hear with our market research actually talking to patients, is quite a disrupter in this space.”