Biotech Companies Continue to Shake Up Leadership with New Appointments 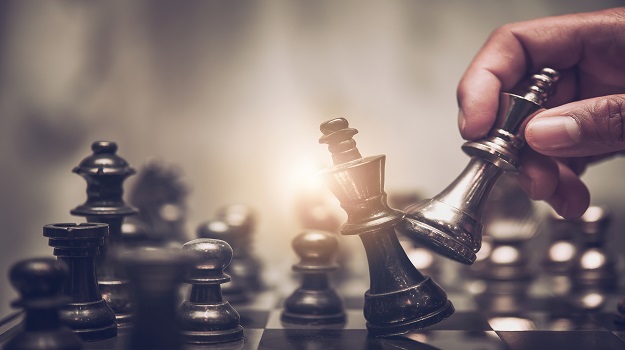 There have been a number of leadership changes in biotech companies over the last week. BioSpace has put together a list of new c-suite level hires and position changes.

Adverum Biotechnologies -- Leone Patterson, chief financial officer at California-based Adverum Biotechnologies, has taken over the role of interim-chief executive officer following the dismissal of Amber Salzman. Last week the company announced that Salzman and the board “mutually agreed” to part ways. Salzman had been based on the east coast and was commuting weekly to California. In its announcement the company said Adverum, which recently transformed into a clinical-stage company, would best be served by “a chief executive officer based out of company headquarters.”

Rubius Therapeutics – Cellular therapy company Rubius Therapeutics added Jonathan R. Symonds, the director of HSBC Holdings, to its board of directors last week. Symonds is no stranger to the biotech community. From September 2009 to January 2014 he served as the chief financial officer of Novartis AG. He is currently chairman of Proteus Digital Health and a director of Genomics England plc, a government organization leading a genomics project.

Acadia Pharmaceuticals – San Diego-based Acadia Pharmaceuticals named Elena Ridloff to its newly-created position of senior vice president of Investor Relations. In this role, Ridloff will oversee investor and financial communications activities. Most recently Ridloff served as head of investor relations at Alexion Pharmaceuticals.  Prior to her time at Alexion Ridloff was chief executive officer and managing member of BIOVISIO, an independent life sciences consulting firm.

C4 Therapeutics -- Andrew Phillips, the chief scientific officer of Massachusetts-based C4 Therapeutics, has been named president and chief executive officer of the small molecule drugmaker. Phillips has been serving in the role of president since 2016, the company said in its announcement. Stewart Fisher replaced Phillips as chief scientific officer.

CytRx Corporation – California-based CytRx tapped Eric L. Curtis as its new president and chief operating officer. Most recently Curtis has served as a consultant to a number of life science companies, including CytRx. He served as president of U.S. Commercial at Aegerion Pharmaceuticals and also served as head of at Bayer Healthcare’s Rare Disease/Cardiopulmonary Business Unit.

Caribou Biosciences -- Timothy F. Herpin has been named the first chief business officer at California-based Caribou Biosciences. In the role Herpin will lead the company’s strategic partnerships, licensing agreements, and other value creation opportunities. Herpin came to CRISPR genome editing company Caribou from AstraZeneca where he served as head of Transactions.

Flexion Therapeutics – Massachusetts-based Flexion Therapeutics tapped David Arkowitz as the company’s chief financial officer. Before Flexion Arkowitz served as chief operating officer and CFO at Visterra, Inc., where he oversaw finance, business development, corporate planning, and other functions. Throughout his career, Arkowitz has served in a number of roles in the pharmaceutical business across multiple companies, including Mascoma Corporation, AMAG Pharmaceuticals and Idenix Pharmaceuticals.