BioSpace NextGen Bio 2022 Winners: Where are They Now? 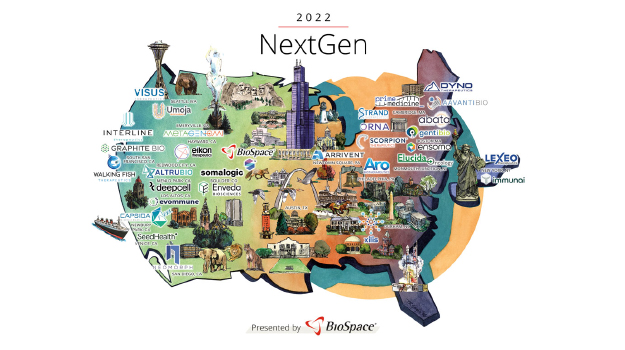 In January, BioSpace published our NextGen Bio Class of 2022 – a list of the top recently launched life sciences companies in North America. Now it’s time to check in with some of these companies, see what they’ve done to earn their place in the Class of ’22 and learn what’s on the horizon in 2023.

Since Then: Orna, one of the most novel companies in BioSpace’s Class of ’22, had its circular RNA platform definitively validated in August when Merck poured a potential $3.5 billion into a collaboration deal. 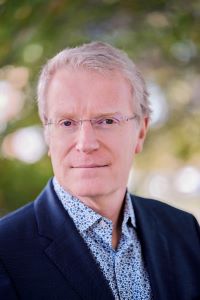 “Merck is an ideal partner given its scale and vaccine expertise,” said Orna CEO Tom Barnes, Ph.D. “Together, we'll explore the best application of our platform technology across a number of different pathogens in infectious disease and in oncology."

As if that weren’t enough, Orna simultaneously announced a $221 million Series B financing round. Merck came on board as a new investor in the round.

Merck had reason to believe: at the American Society of Gene and Cell Therapy's (ASGCT) 25th Annual Meeting, Orna announced first-ever data from its lead isCAR program validating both the technology and its LNP delivery platform. The in situ CAR therapy not only demonstrated tumor suppression but also eradication in a NALM6 (leukemia) mouse model.

Since Then: After reeling in one of the largest Series A rounds of 2021, GentiBio has had another monster year. Named after the Latin word ‘Genti” which means “a congregation of peoples”, the company is congregating with peers at BMS in a nearly $2 billion deal to develop Treg therapies for inflammatory bowel disease.

GentiBio is combining Tregs biology and antigen receptor engineering to develop engineered Tregs. Its hope is to provide a functional cure for autoimmune and autoinflammatory diseases.

GentiBio has also been busy adding depth to its leadership team, with the appointments of Neely Mozaffarian, M.D., Ph.D. as chief medical officer and Chuck Silberstein, M.D. as chief financial officer.

Since Then: In April, Enveda announced a new mass spectrometry and automation laboratory in Boulder. The 60,000-square-foot facility is expected to be completed in the first quarter of 2023. Enveda simultaneously announced it would open a lead optimization lab in Genome Valley, Hyderabad, dubbed the “Life Science Capital of India.”

Up Next: Enveda Founder and CEO Viswa Colluru told BioSpace the company expects to nominate differentiated development candidates in 2023 enabled by its access to unique chemistry.

Enveda recently scaled its platform over 10X, “allowing us to find novel drug-like natural product leads at scale in any assay type,” Colluru said. With this scaling in place, the company “now [has] the bandwidth to pursue a partnership in addition to serving internal pipeline needs,” he added. To this end, Enveda has brought on Vanitha Sekar, Ph.D., R.Ph. as its first chief business officer.

Since Then: Eikon continues to advance its engineering and drug research, as well as to build the company foundation for future growth under the leadership of CEO and Board Chair Roger Perlmutter, according to Lisa McCormick Lavery, vice president, corporate communications and investor relations.

Throughout 2022, Eikon has further refined its technology for greater resolution, increasing the quality and quantity of imaging to enable it to see more proteins at higher resolution, McCormick Lavery said. The company is building its drug development organization as well as its operational infrastructure.

Meanwhile, Eikon has expanded its geographical footprint, building a new state-of-the-art corporate headquarters in San Francisco (Millbrae) and a new operational base in New York City.

Up Next: You? Eikon currently features 55 open jobs on BioSpace.

Since Then: After launching with an impressive $315 million in cash, the prime editing company filed for an IPO in September. Prime expects to bring in $175 million, according to an October 19 announcement.

Prime has also been busy augmenting its platform. In March, the company inked an exclusive collaboration deal with Myeloid Therapeutics to accelerate the latter’s Myeloid's RetroT technology. Prime CEO Keith Gottesdiener, M.D. indicated the tech is complementary to Prime’s own gene editing toolbox.

Since Then: Umoja’s $263 million in Series A and B financing and quick expansion efforts were good for the No. 2 spot in BioSpace’s Class of ’22.

Since then, the company has been busy refining its approach through partnerships with Lupagen, Inc. and TreeFrog Therapeutics. Umoja has also presented preclinical data demonstrating the potential of its multi-pronged platform consisting of RACR/CAR, TumorTag and VivoVec.

Since Then: Sometimes a new company will go the distance, and other times a merger or acquisition seems like a better bet. AavantiBio found what appears to be a mutually beneficial path, announcing a merger with Solid Biosciences at the end of September.

AavantiBio president and CEO Bo Cumbo will helm the new company, which will be known as Solid Biosciences and trade on the Nasdaq as SLDB. The company will focus its collective attention on progressing a portfolio of neuromuscular and cardiac programs, led by SGT-003, a differentiated gene transfer candidate for the treatment of Duchenne muscular dystrophy.

Since Then: In August, Graphite Bio dosed the first patient in the Phase I/II CEDAR trial investigating nulabeglogene autogedtemcel (nula-cel), an investigational gene correction therapy for sickle cell disease. The treatment was awarded FDA Fast Track Designation in May.

In May, Graphite presented preclinical data from GPH102, its differentiated gene replacement program for beta-thalassemia, at ASGCT. The data showed GPH102 can restore the expression of these genes, providing a path forward for further development.

Up Next? In mid-2023, Graphite anticipates sharing initial proof-of-concept data for nula-cel in sickle cell, CEO Josh Lehrer, M.D. revealed. The company also plans to share more information about its efforts to develop less harmful (non-genotoxic) conditioning regimens that are used as part of the genetic therapy treatment process.

“We believe advances in this area will put less burden on the patients who elect to undergo treatment with genetic therapies and make these therapies available to greater numbers of patients in need,” Lehrer said.

Since Then: Visus has had a year worthy of its place on the list. The company’s ophthalmic pipeline grew in September when it acquired the patents and assets of ViewPoint Therapeutics.

Visus picked up ViewPoint’s Alpha-crystallin aggregation inhibitor, a non-surgical option to treat protein misfolding in the eye. It has shown potential in primates to reverse age-related cataracts. It also has potential against presbyopia.

In March, Visus launched two pivotal Phase III trials (BRIO-I and BRIO-II) for its lead asset, BRIMOCHOL PF, which is also in development for presbyopia.

Since Then: CRISPR is cool – just ask Leaps by Bayer and Humboldt Fund, the co-leaders of Metagenomi’s Series A. This year, Metagenomi has been busy on the conference circuit presenting preclinical data from its portfolio of next-generation gene editing tools at ASGCT and several other meetings.

The company is moving quickly to ramp up the infrastructure for its programs. After closing a $175 million Series B round in January, Metagenomi recently opened a new, in-house GMP facility on its 50,000-square-foot campus in Emeryville. With Moderna as a partner, the future looks bright for Metagenomi.