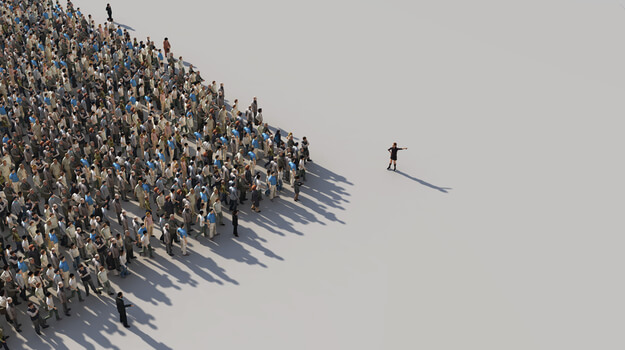 Biopharma and life science companies from across the globe strengthen their leadership teams and boards with these Movers & Shakers. Let's take a look!

Karyopharm – Genentech veteran Christy J. Olger was named to the board of directors at Karyopharm Therapeutics Inc. Oliger was the former head of Genentech’s Oncology Business Unit. She was responsible for the U.S. oncology business unit and oncology pipeline, which generated over $13 billion of sales in 2019. Prior to joining Genentech, Oliger had an 8-year career at Schering-Plough Corporation where she held numerous positions of increasing responsibility within the sales and marketing organization.

Recce Pharmaceuticals – Australia-based Recce tapped James Graham as its new chief executive officer. Graham is a current director on the company’s board of directors.

9 Meters Biopharma – Raleigh, N.C.-based 9 Meters formed its scientific advisory board. The board includes six experts in the gastroenterology field with sub-specialties in celiac disease, inflammatory bowel disease (IBD) and functional GI diseases. They will work closely with the 9 Meters leadership team in advancing the clinical development of the company's co-lead assets, NM-002 for the treatment of short bowel syndrome (SBS) and larazotide for the treatment of celiac disease. Board members include Mark Pimentel, the head of the Pimentel Laboratory and executive director of the Medically Associated Science and Technology (MAST) Program at Cedars-Sinai; Z. Myron Falchuk, an Associate Clinical Professor of Medicine at Harvard Medical School; Charles Randall, a Clinical Professor of Medicine at the University of Texas Health Science Center, as well as the CEO and founder of Gastroenterology Research of America; Benjamin Lebwohl, a faculty member of the Celiac Disease Center at Columbia University; Russel Cohen, a Professor of Medicine, Director of the Inflammatory Bowel Disease Center and Co-Director of the Advanced IBD Fellowship Program at the University of Chicago Medicine; and, Maureen Leonard, the Clinical Director at the Center for Celiac Research and Treatment at Massachusetts General Hospital for Children.

Biomerica Inc. – Janet Moore, chief financial officer of Biomerica, retired to pursue personal interests. Moore will remain an employee of the Company during a transition period to ensure a smooth transition. Moore, who also serves as a member of the board of directors and Corporate Secretary, will continue to serve as a member of the Board and as Corporate Secretary until the Company’s Annual Meeting on Dec. 10, 2020. At that time, Moore will also be leaving the Board. Steve Sloan was tapped to replace Moore as CFO. Most recently, Sloan spent 10 years with medical device maker, Medtronic, most recently serving as a divisional finance director.

Onconova Therapeutics – James J. Marino was named chairman of the board of directors. Marino has served as a director of Onconova since July 2015, a director of Celldex Therapeutics, Inc. since March 2017, and previously as a director of Pharmacopeia, Inc. He is a co-founder of BioNJ, a trade association of biotechnology companies. The company also today announced the resignations of Michael Hoffman and E. Premkumar Reddy, from the board.

eGenesis – Michael Curtis was named president of Research and Development. Curtis will be responsible for managing the research and development of eGenesis’ xenotransplantation programs and will succeed William (Wes) Westlin, who has been appointed as the company’s chief scientific officer. Curtis joins eGenesis from Cadent Therapeutics, where he served as President and Head of R&D. Prior to Cadent, he was responsible for product development and regulatory affairs at Catabasis Pharmaceuticals.

NPC – Robert Dubois was appointed as the interim president and CEO of the National Pharmaceutical Council. The NPC Board of Directors will conduct a national search for a permanent replacement for Dan Leonard, who stepped down as NPC’s president and CEO after more than 12 years of service. For the past 10 years, Dubois has served as NPC’s chief science officer and executive vice president. Earlier in his career, he was the chief medical officer of Cerner Life Sciences, and he co-founded Protocare Sciences and was its executive vice president, chief medical officer, and later its CEO.

Adamas Pharmaceuticals – Anna Richo, General Counsel, Chief Compliance Officer, and Corporate Secretary at Cargill, Inc., was named to the board of directors of Adamas.

City of Hope – Gulden Mesara will join City of Hope s senior vice president and chief communications and marketing officer. Mesara will provide the overall strategic leadership for City of Hope’s integrated communications and marketing efforts, supporting its mission of transforming the future of health. Mesara held roles of increasing responsibility on the marketing teams of multiple life science companies, including Pfizer, Abbott, AbbVie and, most recently, Walgreens Boots Alliance.

Ultragenyx Pharmaceutical – Mardi C. Dier was named CFO of Ultragenyx and will be responsible for leading the corporate finance, strategy, investor relations, corporate communications, and information technology functions. Dier joins Ultragenyx from Portola Pharmaceuticals, where she served as CFO from 2006 to 2018. Prior to Portola, she served as head of Investor Relations at Chiron Corporation. Earlier in her career she worked as an investment banker at Prudential Securities.

Caravan Health – Ashok Roy was named chief medical officer of Caravan Health. Roy is a practicing internal medicine physician with 20 years of experience. Prior to joining Caravan, Roy served as CMO at Lumeris.

Sana Biotechnology – Ed Rebar joined Sana as chief technology officer and Terry Fry was name head of T Cell Therapeutics. Prior to joining Sana, Rebar worked at Sangamo Therapeutics as the company’s CTO. Prior to joining Sana, Fry was a Professor of Pediatrics, Hematology, and Immunology as well as Director of Cancer Immunotherapy at the University of Colorado School of Medicine and Children’s Hospital Colorado, where he developed several CAR T therapies entering the clinic for hematologic malignancies.

Science 37 – John Hubbard was named to the board of directors of Science 37. Most recently, he was president and CEO at Bioclinica, a leading medical imaging and technology-enabled clinical services provider. Prior to Bioclinica, Hubbard was Senior Vice President and Worldwide Head of Development Operations at Pfizer.

Diffusion Pharmaceuticals – Jane H. Hollingsworth was named to the board of directors of Diffusion Pharmaceuticals. She will join the Nominating & Corporate Governance, Compensation and Audit Committees of the Board. In 2013 she co-founded Militia Hill Ventures, a business focused on building, growing and investing in high-quality life sciences companies, and has served as its Managing Partner since that time.

Amarna Therapeutics – Netherlands-based Amarna named Steen Klysner as CEO. Prior to joining Amarna, Klysner served as CEO of the Swedish ExpreS2ion Biotech Holding AB in parallel with the Danish ExpreS2ion Biotechnologies ApS. Earlier, he was head of preclinical R&D and SVP of Quality of Allergopharma, the Allergy Business Unit of Merck KGaA.

OncoOne – Austria’s OncoOne established its scientific advisory board to provide guidance for its drug development programs. Members of the newly-formed board include Michael Freissmuth, Dirk Jäger and Florian Rüker. Freissmuth is the Director at the Centre of Physiology & Pharmacology as well as the Chairman of the Institute of Pharmacology at the Medical University in Vienna. Jäger is Managing Director of the National Center for Tumor Diseases Heidelberg and Medical Director of the Medical Oncology Department at Heidelberg University Hospital. Rüker is Associate Professor, Deputy Head of the Department of Biotechnology and Head of the Institute of Molecular Biotechnology at the University of Natural Resources and Life Sciences in Vienna.