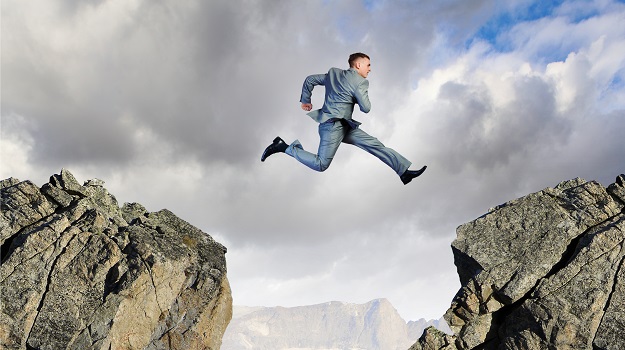 Akcea Therapeutics – Three senior executives, including Chief Executive Officer Paula Soteropoulos abruptly resigned from Akcea this week. Joining Soteropoulos in exiting the company were President Sara Boyce and Chief Operating Officer Jeff Goldberg. No reasons were provided by the company for the abrupt departure. Damien R. McDevitt, a member of the board, has been tapped to serve as interim CEO. McDevitt joins Akcea from Ionis Pharmaceuticals, where he was the chief business officer responsible for leading Ionis’ corporate development activities. Prior to Ionis, he served as senior vice president, corporate development at ACADIA Pharmaceuticals and before that was at GlaxoSmithKline for two decades in various roles of increasing responsibility. The executive departures were announced as Michael J. Yang and Joseph ‘Skip’ Klein III joined the company’s board of directors. New board member Yang is the CCO at ACADIA Pharmaceuticals and also spent time with Janssen where he was responsible for building the company’s U.S. immunology business. Klein has served as a director on the Ionis board since December 2005. He is a founder and currently, managing director of Gauss Capital Advisors, LLC, a financial consulting and investment advisory firm focused on biopharmaceuticals.

GlaxoSmithKline – GSK CEO Emma Walmsley was nominated to the board of directors of Microsoft. Although Walmsley’s nomination to the Microsoft board isn’t official yet, it is likely to be confirmed at the company’s annual shareholders meeting set for Dec. 4. According to GSK’s 2018 annual report, Walmsley doesn’t have any roles at other corporations. Her two external appointments are co-chair of the Consumer, Retail and Life Sciences Council, an advisory group for the UK government, and honorary fellow of the Royal Society of Chemistry.

Passage Bio -- Gary Romano was named chief medical officer and Edgar Cale was named general counsel of Philadelphia-based Passage Bio. Gary Romano joins Passage Bio from Janssen R&D, where he was the head of clinical development for neurodegenerative disease and the deputy leader of the neurodegenerative disease therapeutic area. Before Janssen, he held positions at Merck Research Laboratories in the departments of clinical neuroscience and experimental medicine. Cale joins Passage Bio from GlaxoSmithKline, where he most recently served as senior vice president of legal corporate functions.

FORMA Therapeutics – Watertown, Mass.-based FORMA made significant appointments to its leadership team. Todd Shegog was named chief financial officer, Jeannette Potts was named general counsel and corporate secretary. Also, the company recognized two other recent promotions, Patrick Kelly to chief medical officer and Mary Warlinger to chief human resources officer. The company also announced the appointments of Scott Boyle, head of business and corporate development and Brian Lesser as therapeutic head. Shegog most recently served as CFO for Synlogic. Prior to that, he served as CFO for Forum Pharmaceuticals. Potts served 23 years as in-house counsel at Takeda Pharmaceuticals and Millennium Pharmaceuticals. She most recently served as head counsel of research & development at Takeda. Kelly joined FORMA in 2016 and has led translational clinical activities for FORMA’s portfolio of small molecule therapeutics. In his new role, Kelly will oversee development. Mary Wadlinger joined FORMA in 2014 and has played an integral part in FORMA’s transformation. In her new role, Wadlinger will now also oversee the newly created functions of communications and patient advocacy. Scott Boyle most recently served as a principal at the Boston Consulting Group. Prior to BCG, Boyle served as head of business development at Caris Life Sciences. Lesser spent more than 10 years at Genentech, most recently as global lifecycle leader of Xofluza, the company’s flu antiviral.

Healthstat – Chief Operating Officer and General Counsel Warren Hutton has now been named president of the company, in addition to his other roles. In the new role, Sutton will assume the day-to-day responsibilities of running the organization and oversee the entire service delivery and function of Healthstat's health centers across the country. Before joining Healthstat in 2011 as COO, Hutton served as outside counsel.

Sight Diagnostics – London-based Sight announced two strategic hires. Assi Gol, Sight’s new chief commercial officer, will lead the company’s global growth. Before joining the executive team, he served on Sight’s advisory board and has supported the company since its founding in 2011. Previously, Assi served as the data intelligence director at Shop Direct. Based in Sight’s new Palo Alto office, Noga Eshed-Baror, the company’s new general U.S. manager, will lead all U.S. efforts, including commercialization and hiring.

Beam Therapeutics – Brian Riley was named head of technical operations at Cambridge, Mass.-based Beam Therapeutics. Riley joins Beam from Catalent Pharma Solutions, where he led the company’s biologics business over the past five years. Prior to Catalent, he served as the site director of Durham, N.C. operations at bioMerieux, where he led both the company’s compliance remediation effort and global growth platform. Before bioMerieux, he held progressive roles through quality and operations at Biogen Idec, Amgen and Diosynth Biotechnology.

Provention Bio –New Jersey-based Provention named Sean Doherty to the company’s board of directors. Doherty is the executive chairman of the JDRF T1D Fund and a former managing director and general counsel at Bain Capital, LP. Doherty recently retired from his Bain role as managing.