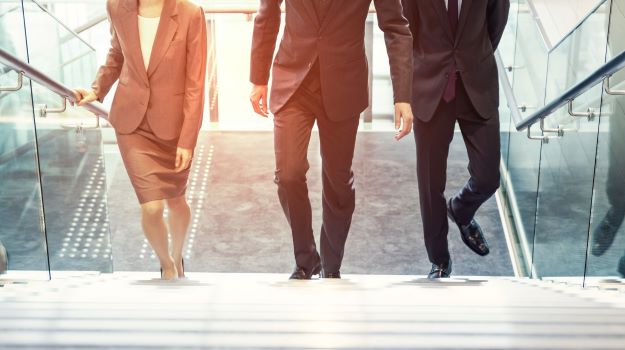 Biopharma and life sciences companies continue to strengthen their executive teams and boards with this week’s Movers & Shakers.

Crinetics Pharmaceuticals: Biogen veteran Caren Deardorf was appointed to the board of directors. Deardorf has spent 20 years at Biogen, where she led commercial efforts for neurological diseases, including rare congenital disorders. She is currently CCO at Magenta Therapeutics. She also held the same role at Ohana Biosciences.

Elevation Oncology: David Dornan was named chief scientific officer. Dornan joins Elevation Oncology from Bolt Biotherapeutics, where he served as CSO. Before this, Dornan was the head of oncology research at Gilead Sciences. He began his career at Genentech, where he spent 10 years serving in positions of increasing responsibility.

Curie Therapeutics: Georgette Verdin was named chief people officer. She was most recently as chief human resources officer at AVROBIO and as a global executive leader of People & Organization at Novartis Institutes of BioMedical Research. She has also held HR management roles at Biogen Idec., Microsoft and Amazon.

CAMP4 Therapeutics: Biogen veteran Alfred Sandrock will join the scientific advisory board and Ann Barbier was named CMO. Prior to joining CAMP4, Barbier was CMO of Translate Bio. Her prior experience includes positions at Agios Pharmaceuticals, Shire, EnVivo Pharmaceuticals, Johnson & Johnson and Aventis. She is also a member of the Board of Directors of Pieris Pharmaceuticals. Sandrock spent 23 years at Biogen, holding positions of increasing responsibility, culminating in his service as head of research & development. He also held a seat on the Biogen Executive Committee as CMO.

Adaptive Research: Christine Wong was named consultant director of external affairs, and Claude Nguyen was named director of clinical informatics. Wong was attending physician of Vascular Neurology and Neurocritical Care at Sutter Health California Pacific Medical Center for nine years and served as co-chair of Neurosciences Quality Improvement Committee for seven years. Nguyen served as Telestroke Director at Baylor Scott White Health. Before that, he was at the University of Pennsylvania, where he was an Assistant Professor in the Department of Neurology.

Epygenix Therapeutics: Darren Cline was named president and chief executive officer. Cline succeeds Hahn-Jun Lee. Cline was most recently the U.S. CCO at GW Pharmaceuticals. Before that, he was executive vice president of commercial at Seagen. Cline also held commercial leadership roles at Intermune, Alexion Pharmaceuticals and Amgen. He is currently a member of the Pyxis Oncology Board of Directors and was formerly on the Stemline Therapeutics Board of Directors.

Coherus BioSciences: Rosh Dias was named CMO. Dias joins Coherus from Spruce Biosciences, Inc., where he was the CMO. Prior to Spruce, he served as CMO at Indivior PLC. From 2014 to 2018, Dias held senior leadership positions at Amgen, Inc., most recently as Vice President, Global Scientific Affairs, and at Amgen’s subsidiary, Onxy Pharmaceuticals, Inc., as Head of Global Medical and Scientific Affairs.

Grey Wolf Therapeutics: Cassian Yee was appointed to the clinical advisory board. Yee is a professor in the department of melanoma medical oncology and the department of immunology at the University of Texas MD Anderson Cancer Center, as well as director of the solid tumor cell therapy program at MD Anderson. Yee previously held the position of professor in the oncology division at the University of Washington and was also a member of a program in immunology within the clinical research division of the Fred Hutchinson Cancer Research Center.

Sight Sciences: Brenda Becker was appointed to the board of directors, joining the nominating and governance committee. She currently serves as SVP of Global Government Affairs at Boston Scientific. Prior to joining Boston Scientific in 2007, Becker served in the George W. Bush administration as assistant to the Vice President for Legislative Affairs.

SummerBio LLC: Julie Gerberding, incoming CEO of the Foundation for the National Institutes of Health (FNIH) and former director of the Centers for Disease Control and Prevention, has been appointed to the board of directors. Gerberding currently serves as a chief patient officer and previously as president of Merck Vaccines.