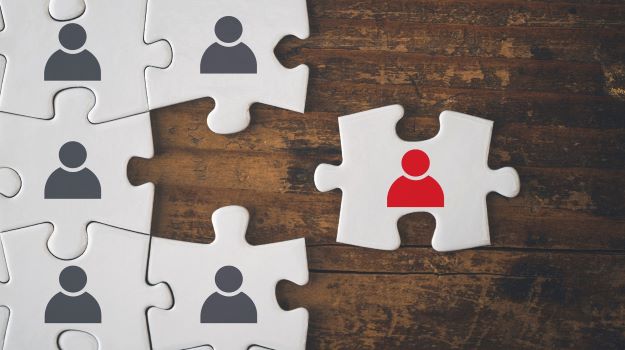 LIfe sciences companies continue to bolster their leadership teams as they prepare for the next phase of growth.

Teon Therapeutics – Serge Messerlian was named chief executive officer of Bay Area-based Teon Therapeutics. Messerlian takes over the role from co-founder, acting CEO and chief scientific officer Lina Yao, who remains as CSO. He joins the company from Janssen Oncology where he served as president. Previously he served in executive leadership roles as president of Actelion; vice president and global portfolio lead of biosimilars at Baxalta; and vice president and global portfolio lead of hematology at Baxter International.

Frontier Medicines – Monique Bobadilla was named chief people and culture officer. Bobadilla was previously the chief people and culture officer at Encoded Therapeutics where she established the strategic direction and led all aspects of people, culture, communication, employee development and human systems. Prior to Encoded, she spent more than a decade at Genentech/Roche, where she held a series of human resources roles of increasing responsibility. Previously, she held human resources roles at Biogen Idec, Digirad Imaging Solutions and Edwards Lifesciences Cardiovascular.

Biological Dynamics, Inc. – Paul Billings was named CEO and director of the company. Prior to this, Billings served the company as an advisor, director and board chairman before leaving to become chief medical officer and head of medical affairs at Natera, Inc. Previous roles held by Billings include CMO and senior physician at Laboratory Corporation of America Holdings, Life Technologies Corp. and Thermo Fisher Scientific Inc.

MiroBio – Sanjay Keswani was named CMO of U.K.-based MiroBio and Lynne Murray will assume the role of chief scientific officer. Keswani is a former neurology faculty member at the Johns Hopkins Hospital as well as an elected Fellow of the Royal College of Physicians. Keswani has held senior executive positions at multiple companies including Roche, where he was senior vice president and global head of Neuroscience, Ophthalmology and Rare Diseases Research and Early Development. Most recently he was at Annexon Biosciences, where he served as executive vice president and CMO. Murray has served as senior vice president of Research and Development for MiroBio since October 2020. Prior to joining MiroBio, she served as head of Regeneration at AstraZeneca’s early respiratory & immunology department. Before this, she was director of Pharmacology at a U.S.-based biotech, Promedior, and also held a research position at Janssen.

MAPS PBC – MAPS Public Benefit Corporation announced that Michael Mullette joined its leadership team as chief operating officer. Mullette most recently served as the vice president and managing director of North America for Moderna. Prior to his work at Moderna, Mullette developed broad pharmaceutical expertise with Sanofi in a variety of management roles in the U.S., Australia, France, Japan and Canada.

Dermavant Sciences – Nancy Beesley was appointed to the board of directors at Dermavant. She serves as president and co-founder of HCB Health, a full-service healthcare marketing agency. Prior to HCB Health, Beesley served as partner and chief strategy officer at The Olson Group. She began her career at Girgenti Hughes Butler & McDowell, working on pharmaceutical and drug-in-device therapies within the respiratory and cardiovascular spheres.

Orna Therapeutics – Thomas Ebeling was appointed to the board of directors and William Shen was named chief business officer. Earlier in his career, Ebeling served as CEO of Novartis Pharmaceuticals. Under his leadership, he was responsible for more than doubling the company’s revenues, after which he became CEO of their Consumer Health Division. Most recently, he served as CEO of ProSiebenSat.1 Media SE. Ebeling also served on the boards of Bayer and Lonza and now serves as an Advisor to MPM Capital. Shen joins Orna after a role as COO of Virtuoso Therapeutics. Prior to Virtuoso, Shen served as head of Business Development at Biogen. Shen also served as the M&A Lead at BMS, where he led the acquisition of IFM Therapeutics and Cardioxyl Pharmaceuticals, as well as the option agreement to acquire Promedior.

Prelude Therapeutics – Jane Huang was appointed to the newly-created position of president and CMO. Huang is currently CMO of hematology at BeiGene. Prior to joining BeiGene in 2016, Huang served as vice president of clinical development at Acerta Pharma. Before this, she worked at Genentech, where she played a leading role in drug development programs for multiple therapies throughout all stages of development.

Tonix Pharmaceuticals – Jeffrey Rosenfeld was named executive director of genomics and bioinformatics. For the past seven years, Rosenfeld has been an Assistant Professor of Pathology and Laboratory Medicine and the manager of the Biomedical Informatics Shared Resource at the Rutgers Cancer Institute of New Jersey. In 2013, he founded Genome Liberty which developed tools for direct-to-consumer pharmacogenomics testing.

Scribe Therapeutics – David Parrot was named CFO and George Manning was named controller of Scribe Therapeutics. Parrot joins Scribe from Barclays, where he was a managing director. Before joining Barclays’ Life Science Investment Banking Group, Parrot was a managing director of Investment Banking in the Healthcare Group at SunTrust Robinson Humphrey. Manning joins the company from Allogene Therapeutics, where he most recently served as Senior Director and Assistant Controller. Manning’s prior roles include leading financial reporting and technical accounting at Allogene and as senior manager in the Audit practice at both the United States and United Kingdom offices of PricewaterhouseCoopers.

AVM Biotechnology – Brian Anderson was named chief commercial officer and Pearl Chan was named CFO of Seattle-based AVM.  Anderson has spent most of his career in the hospital, orphan disease and oncology areas of the pharmaceutical and biotech industry co-founding Vidara Therapeutics and working for companies such as Pharmacia, Dendreon and Horizon Therapeutics. Chan served as CFO at PicMonkey and NetMotion Software.

MaxCyte, Inc. – Cenk Sumen was named CSO of Maryland-based MaxCyte. Sumen comes to MaxCyte from Stemson Therapeutics, where he was the CTO and led all aspects of technology, scale-up, process development and automation. Before that, he spent more than a decade focused on scientific innovation and business development strategy for companies including Thermo Fisher Scientific and Hitachi Chemical Advanced Therapeutics Solutions.

Institute for Cardiovascular Health – Charles D. Fraser has been named the inaugural executive director of the new Institute for Cardiovascular Health, a collaboration between Ascension Texas and The University of Texas at Austin, including its Dell Medical School. Fraser is a professor of Pediatrics and Surgery and the founding chief of Pediatric and Congenital Heart Surgery for the Texas Center for Pediatric and Congenital Heart Disease – a clinical affiliation between Dell Children’s Medical Center and UT Health Austin, Dell Med’s clinical practice.

NanoSyrinx – Marie McAvoy was named CSO of U.K.-based NanoSyrinx. McAvoy joins NanoSyrinx from GSK where she was senior director in the Oncology Cell Therapy Research Unit.

Mindera Health – Ted St. Martin was named CFO after serving as head of finance at Ventyx Biosciences, Inc. Prior to that, he was CFO of Dart Neuroscience. He has held various senior financial roles in other companies such as Aries Pharmaceuticals, Phenomix Corporation, Ligand Pharmaceuticals and Geneohm Sciences.

Akouos – Aaron Tward was appointed CSO of Akouos. A surgeon and head of neck surgery at the University of California at San Francisco, Tward was previously a member of the Akouos scientific advisory board.

Sensei Biotherapeutics – William Ringo was named chairman of the board of directors at Sensei Biotherapeutics. Ringo was previously senior vice president of strategy and business development for Pfizer and served on its executive committee before his retirement in 2010. He spent nearly 30 years at Eli Lilly holding multiple executive roles, including product group president for oncology and critical care, president of internal medicine products, president of the infectious disease business unit and vice president of sales and marketing for U.S. pharmaceuticals. He also served as president and CEO of Abgenix.

Atalanta Therapeutics – Alfred W. Sandrock, Jr. was appointed to the board of directors of Atalanta. Sandrock spent 23 years at Biogen where he served in positions of increasing responsibility, culminating in his service as executive vice president, research and development, until December 2021. He also served an eight-year term as the company’s chief medical officer, from 2012 to 2020.