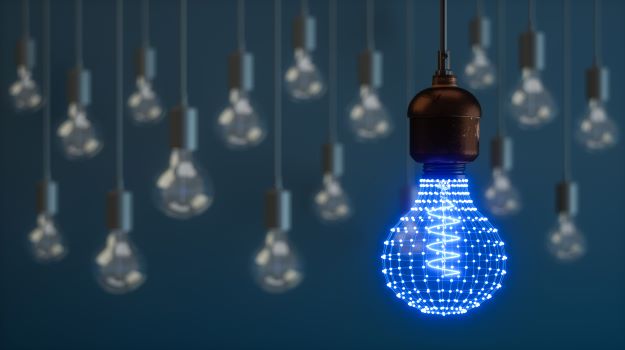 MoMa Therapeutics – Asit Parikh was named president and chief executive officer of Cambridge, Mass.-based MOMA Therapeutics. Parikh will assume the role April 5. He succeeds founding CEO, Reid Huber, a partner at Third Rock Ventures, who will remain on MOMA’s Board of Directors. Prior to MOMA, Parikh served as senior vice president and head of Takeda’s gastroenterology unit since 2012. Before his time with Takeda, he worked in the clinical research division at Millennium Pharmaceuticals, where he held leadership roles in inflammation and oncology drug development.

CRISPR Therapeutics – Philippe Drouet was named chief commercial officer of CRISPR Therapeutics. Drouet most recently served as senior vice president of Global Oncology Marketing & Market Access at Merck & Co. Previously, he served as President of Hospira’s U.S. division before its acquisition by Pfizer in 2015. Prior to that, Drouet held roles of increasing responsibility at Novartis Pharmaceutical Corporation, including vice president of U.S. Hematology.

Hofseth BioCare – Reto Renggli was named vice president of Norway-based Hofseth BioCare ASA’s Consumer Health Division. Renggli is the former head of Sales and Marketing of Health Ingredients at Lonza where he managed key commercial relationships with multinationals such as Nestle and Danone.

Trevi Therapeutics – William Forbes was named chief development officer of Connecticut-based Trevi. Forbes will be responsible for leading the clinical development of Haduvio which is in late-stage clinical trials in its two lead indications. Before joining Trevi, he served as founder, president and CEO of Vivelix Pharmaceuticals. Prior to Vivelix, Forbes held multiple senior leadership positions throughout his career, including CDO for Salix Pharmaceuticals.

Gain Therapeutics -- Dov Goldstein, Gwen Melincoff, Claude Nicaise, and Hans Peter Hasler were named independent members of the Gain Therapeutics Board of Directors. The new board additions will provide strategic guidance as the company focuses on identifying and optimizing allosteric binding sites that have never before been targeted to unlock new treatment options for difficult-to-treat disorders characterized by protein misfolding. In conjunction with the new additions, Lorenzo Leoni and Marianne Bjordal will be stepping down from the board.

QurAlis Corporation – Hagen Cramer was named chief production officer and Kevin Leach was appointed to the position of SVP of Translational Science & Portfolio Strategy. Prior to joining QurAlis, Cramer functioned as Vice President of Manufacturing at Wave Life Sciences where he was responsible for establishing world-class cGMP operations for the scale-up of oligonucleotide synthesis, regulatory filings and process validation. Leach most recently served as vice president of nonclinical and translational research at Spring Bank Pharmaceuticals. Before Spring Bank, Leach served in various scientific and research roles of increasing responsibility at Retrophin, Shire Pharmaceuticals and Merck.

Patient Square Capital – Alex Albert and Neel Varshney joined Patient Square as Founding Partners. Albert was previously at Ares Management, where he served as Partner and co-head of health care within the Private Equity Group. Varshney was most recently at KKR, where he was Managing Director within the Americas Health Care Team.

Scenic Biotech – Netherlands-based Scenic Biotech BV appointed Philippe Dro as its independent chairman of the board of directors. He replaced Ulrich Grau. Dro served on the board of Themis Biosciences and was CEO of GlycoVaryn. He led Endoart S.A.as CEO before its acquisition by Allergan. His earlier career experience in the pharmaceutical industry included managerial positions at Novartis, SkyePharma and Antares Pharma.

TISSIUM -- Hunt Henrie was named CBO and Seth Schulman was tapped to serve as vice president of Global Regulatory and Clinical Affairs at Paris-based TISSIUM. Most recently, Henrie served as Managing Director and Global Head of Medtech at Locust Walk, an independent strategic advisory, M&A, and capital markets investment bank. He also held positions at Ferghana Partners and J.P. Morgan Chase, among others. Schulman most recently served as vice president of Regulatory Affairs at Penumbra Inc. Prior to that, he held roles at Genzyme Biosurgery, Medtronic Vascular, and Boston Scientific.

Synthekine Inc. – Pablo Cagnoni was appointed to the board of directors of Synthekine. Cagnoni is currently the CEO of Rubius Therapeutics. Prior to Rubius, Cagnoni served as the president and CEO of Tizona Therapeutics. Previously, he was president of Onyx Pharmaceuticals. Cagnoni has had several clinical development leadership roles in his past, including Global Head of Clinical Development at Novartis Oncology, CMO at Allos Therapeutics and CMO at OSI Pharmaceuticals.

Secarna Pharmaceuticals – Alexander Gebauer was named CEO of Germany’s Secarna Pharmaceuticals GmbH & Co. KG. Gebauer most recently served as CEO and Chairman of Omeicos Ophthalmics Inc. In parallel, he acted as Managing Director of Berlin-based Omeicos Therapeutics GmbH. From 2014 to 2016, Alexander Gebauer was president and Head of Global R&D at the Sun Pharma Group.