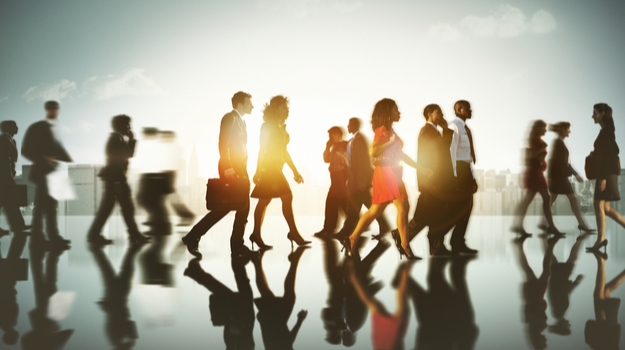 Candel Therapeutics – Paul-Peter Tak was named president and chief executive officer of Candel Therapeutics. Tak was most recently president and chief executive officer of Kintai Therapeutics as well as a venture partner at Flagship Pioneering. Previously, he was senior vice president and global head of R&D for immuno-inflammation, oncology and infectious disease, as well as chief immunology officer and global development leader at GlaxoSmithKline while also serving as co-chair of GSK's scientific review board. Prior to that, Tak was president and CEO of Tempero Pharmaceuticals, where he facilitated the company's acquisition by GSK. He co-founded Sitryx Therapeutics and Arthrogen and serves on the boards of Sitryx Therapeutics, Levicept, and Citryll. He previously served on the board of a variety of companies, including ViiV Healthcare, Galvani Bioelectronics, and Omega Therapeutics. The company has also appointed Nathan Caffo as chief business officer, John Canepa as chief financial officer and Susan Stewart as chief regulatory officer. Caffo was most recently chief business officer at ALX Oncology. Prior to ALX Oncology, he was president and CEO of Presage Biosciences. He also held business development and management roles at Perlegen, Applied Biosystems and Celera. Prior to joining Candel, Canepa served as CFO of Frequency Therapeutics. Before Frequency, he served as CFO of Agilis Pharmaceuticals, Inc. Prior to Agilis, he was COO and CFO of Asterand Bioscience. Canepa began his career at Arthur Andersen & Co. and was with the firm for 23 years. Stewart served as chief regulatory officer at Kaleido Biosciences, and had served as senior vice president of regulatory affairs and quality. She held previous regulatory and leadership positions at Abbott, Genzyme, Tokai, and Transmolecular.

Dotmatics – U.K.-based Dotmatics Ltd. named Matt Burnett as its new chief technology officer. Burnett was the founder of EIBS, a company developing web and mobile content solutions for the public and third sectors including the NHS. Following EIBS’ acquisition in 2014 by Ideagen plc, he became the Ideagen Group CTO. Burnett joins Dotmatics from Commify, one of Europe’s largest mobile business messaging companies, where he had been CTO since 2017 supporting 45,000 companies communicate with their customers and staff.

GBT – Global Blood Therapeutics announced Kim Smith-Whitley will join the company as executive vice president and head of research and development. Smith-Whitley is the clinical director of hematology and director of the Comprehensive Sickle Cell Center at Children’s Hospital of Philadelphia (CHOP).  Smith-Whitley will officially join GBT in 2021, and in the interim, will serve in an advisory capacity. Upon joining the company, she plans to continue seeing patients part-time. Smith-Whitley is a former chief medical officer of the Sickle Cell Disease Association of America, where she continues to serve as a member of the board of directors.

Avadel Pharmaceuticals – Jennifer Gudeman was tapped as the first vice president of Medical and Clinical Affairs for Ireland-based Avadel. Her responsibilities will include overseeing all medical and clinical affairs activities, including the company’s lead program, once-nightly FT218. Prior to joining Avadel, Gudeman was vice president of Medical Affairs at AMAG Pharmaceuticals, overseeing a team of medical science liaisons and scientific communications. Before that, she was director of Medical Affairs at Lumara Health. She began her industry career at Mallinckrodt Pharmaceuticals.

Oyster Point – Marian Macsai was named chief medical officer and Eric Carlson was named chief scientific officer of Oyster Point Pharma. Macsai will oversee medical affairs and clinical development at Oyster Point and Carlson will oversee the discovery and research and development pipeline. Macsai most recently held a key leadership position as Chief of the Division of Ophthalmology for NorthShore University Health System, and also serves as a Clinical Professor of Ophthalmology University of Chicago Pritzker School of Medicine. She has served as the president of the Cornea Society and chair of the Eye Bank Association of America. Carlson was most recently CSO at Akorn Pharmaceuticals and previously head of Global R&D at Aerie Pharmaceuticals. He also served as Head of Ophthalmology at Alcon/Novartis.

Entrada Therapeutics – Nerissa Kreher was named CMO and Kory Wentworth was named chief financial officer of Entrada Therapeutics. Kreher comes to Entrada after building clinical and regulatory strategy as CMO at both AVROBIO and Tiburio Therapeutics. Previously, Kreher was Global Head of Clinical and Medical Affairs at Zafgen and has held positions of increasing responsibility at EMD Serono, Genzyme, Enobia/Alexion and Shire Pharmaceuticals. Wentworth joins Entrada after most recently serving as head of Finance and Treasurer, Principal Accounting Officer at bluebird bio. Prior to bluebird bio, Wentworth served as Executive Director and Corporate Controller for Alexion Pharmaceuticals and has held positions of increasing responsibility at PricewaterhouseCoopers LLP, KPMG and Arthur Andersen.

SeraNovo – Michiel Van Speybroeck was named chief development officer at Netherlands-based SeraNovo. Most recently, he was corporate technology officer at Ardena, where he was responsible for the technical integration of the company’s services and the management of cross-functional chemical-pharmaceutical development programs in support of early-phase clinical studies. Prior to that, he was head of Formulation at the same company. Before joining Ardena, Van Speybroeck was R&D Director and subsequently CSO at Formac Pharmaceuticals, where his main responsibility was to oversee the internal and external research and development programs evaluating the utility of the company’s proprietary solubility-enhancing drug delivery technology.

Cannex Scientific – Rebecca O. Bagley was named chief executive officer of Cannex Scientific, where she will lead the development of new cannabinoid-based pharmaceutical solutions. Bagley most recently served as Vice Chancellor for Economic Partnerships at the University of Pittsburgh. Before that, she served as CEO of NorTech focused on inclusive private, public partnerships to accelerate products to market.

Enanta Pharmaceuticals – Tara L. Kieffer was named senior vice president of New Product Strategy and Development. Kieffer joins Enanta from Vertex Pharmaceuticals where she held roles of increasing responsibility. Most recently, she was vice president of External Innovation, Business Development. Prior to that, she was vice president of Integrated Program Management where she oversaw Vertex's internal development pipeline and marketed products. Previously, she was senior director and chief of staff to the CMO. Before joining Vertex, Kieffer was at Johns Hopkins University School of Medicine in the Department of Molecular Biology and Genetics.

Cerevance – David Lubner was appointed to the board of directors of privately-held Cerevance. Lubner most recently served as executive vice president and chief financial officer of Ra Pharma, which was acquired by UCB in April of this year. Before joining Ra Pharma, he served as a member of the senior management team of Tetraphase Pharmaceuticals, Inc. and PharMetrics Inc. Lubner currently serves on the board of directors of Dyne Therapeutics and several other private biotechnology companies.

Dewpoint Therapeutics – Kara Carter was named senior vice president of Discovery Biology. Most recently, she was executive vice president of Infectious Diseases at Evotec, where she led the virology therapeutic area, establishing a robust pipeline of programs and leading a team in Lyon, France. Prior to Evotec, Carter led the virology therapeutic portfolio at Sanofi. Over her tenure at Sanofi, she held diverse roles with increasing levels of responsibility, including leading due diligence for business development in infectious diseases, immunology, and rare disease, as well as building and leading functional groups in small molecule drug discovery and leading projects in multiple therapeutic areas including neurodegeneration, oncology, immunology, renal disease, rare disease, and metabolic disease.

Novavax – Margaret G. McGlynn was appointed to the board of directors of Maryland-based Novavax. McGlynn is currently president and Board Chair for HCU Network America, an advocacy organization dedicated to supporting the needs of those impacted by the rare genetic condition homocystinuria (HCU) and related disorders. Prior to founding HCU Network America, McGlynn served as president and CEO of the International AIDS Vaccine Initiative. She spent more than two decades at Merck, where she held roles of increasing responsibility, including president of Merck Vaccines and Infectious Diseases, and president of U.S. Hospital and Specialty Products Division. She currently serves on the boards of directors of Amicus Therapeutics and Vertex Pharmaceuticals.

Synlogic – Michael Heffernan was tapped for the board of directors at Synlogic. Heffernan is the founder and chairman of the board of Collegium Pharmaceutical where he served as president and CEO until June 2018. He co-founded Avenge Bio and was previously CEO of Onset Dermatologics. Heffernan held previous positions as co-founder and CEO of Clinical Studies Ltd. and later served as CEO and chairman of PhyMatrix Corp.