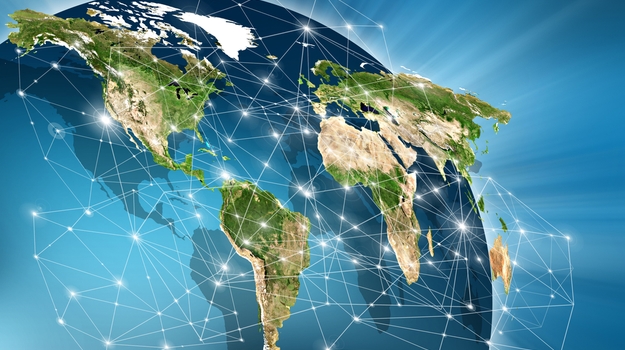 Kancera – Sweden-based Kancera presented preclinical findings for its lead compound, KAND567, at the European Society of Cardiology (ESC) Congress 2019 in Paris, the world’s largest cardiovascular conference. The early data shows that KAND567 has anti-inflammatory action that protects the heart and blood vessels from damage in myocardial infarction and atherosclerosis, respectively, the company said. Kancera has KAND567 in clinical testing for myocardial infarction. The small molecule blocks signaling at the fractalkine receptor, also called CX3CR1 that drives immune cell responses at the infarction site during the minutes and hours after treatment of a heart attack. Blocking the action of these cells reduces the acute inflammation behind the cardiovascular damage that contributes to the risk of subsequent heart attacks and heart failure, as well as morbidity and poor quality of life, in these patients. Clinical studies in heart attack patients have demonstrated ischemia/reperfusion injury is associated with high levels of fractalkine signaling and low numbers of circulating immune cells expressing the fractalkine receptor. While the number of these cells return to normal about 24 hours after infarction, the transient drop in cell counts is a strong predictor of survival three and six years later. If successful, Kancera’s program could change the paradigm of heart attack treatment by stopping the damaging inflammation before it starts.

Inventiva – France-based Inventiva recruited the first patients for its biomarker study in children and adults with mucopolysaccharidosis type VI (MPS VI). The trial will investigate leukocyte glycosaminoglycan (leukoGAGs) levels in three children and skin glycosaminoglycan (skinGAGs) levels in three adults with MPS VI before and post enzyme replacement therapy (ERT), and in six age-matched control subjects not affected by MPS VI. This study is part of Inventiva’s strategy to develop biomarkers to evaluate the efficacy of odiparcil, the Company’s drug candidate for the treatment of MPS, in reducing leukoGAGs and skinGAGS. This approach has been launched following guidance from the U.S. Food and Drug Administration on the relevance of biomarkers for diseases such as MPS. Results of this study are expected in the first half of 2020. A first biomarker study sponsored by Inventiva showed that, despite ERT treatment, the current standard of care, leukoGAG levels remained very high and were not impacted when measured one hour following ERT infusion although the activity of the arylsulfatase B2 enzyme was very high. Measurement of leukoGAGs and skinGAGs is performed in the ongoing Phase IIa iMProveS (improve MPS treatment) clinical study evaluating odiparcil for the treatment of MPS VI patients.

Also this week, Inventiva announced it completed patient recruitment for its Phase IIb NATIVE clinical trial evaluating lanifibranor, the Company’s lead product candidate, for the treatment of non-alcoholic steatohepatitis (NASH). A total of 247 patients have been randomized in the NATIVE trial, the company said.

ChiMed -- Hutchison China MediTech Limited, which is based in London, initiated a Phase I/Ib study of HMPL-689, the company’s novel, highly selective and potent small molecule phosphoinositide-3 kinase delta isoform (“PI3Kδ”) inhibitor, in patients with relapsed or refractory lymphoma. The clinical study, which has sites in Europe and the United States, is investigating the effects of HMPL-689 administered orally to patients with relapsed or refractory lymphoma. The primary outcome measures are safety and tolerability.  Secondary outcomes include pharmacokinetic measurements and preliminary efficacy such as objective response rate. This study complements the ongoing Phase I/Ib dose-escalation and expansion study of HMPL-689 in China addressing a broad range of hematological cancers, the company said.

Batavia Biosciences Inc. – Netherlands-based Batavia signed a licensing agreement to use Horizon Discovery’s GS knockout CHO K1 cell line expression system for the development of high yield antibody-expressing cell lines. Initially, Batavia will deploy the system for production of a potent Zika virus-neutralizing antibody. The company will work in coordination with Vanderbilt University Medical Center and IDBiologics, a company which focuses on developing human antibodies for the prevention, treatment and cure of infectious diseases. The Zika virus-neutralizing antibody was discovered three years ago by researchers at Vanderbilt in collaboration with colleagues at Washington University School of Medicine in St. Louis. The group reported isolation of a human monoclonal antibody that in a mouse model “markedly reduced” infection by the Zika virus. The VUMC antibody, dubbed ZIKV-117, binds to an epitope or “part of” the Zika virus in a way that no other antibody has to date.

OSE Immunotherapeutics – Also based in France, OSE Immunotherapeutics won a new patent from the European Patent Office that strengthened the protection covering OSE-703, a humanized monoclonal antibody directed against the extracellular domain of the alpha-chain of the receptor for interleukin-7 (CD127) making it cytotoxic for human cells expressing CD127, and its use thereof in immuno-oncology treatment. The new patent covers OSE-703 until at least 2037. This is the first patent granted in Europe for OSE-703 and represents a major step in strengthening the product’s protection. Additionally, this patent should facilitate the granting of additional patents in other major territories covered by the same patent family, the company said. In preclinical studies, OSE-703 is being explored in non-small cell lung cancer and mesothelioma as primary models.

uniQure – uniQure, which has offices in Amsterdam as well as Massachusetts, announced it has enrolled 56 patients in the HOPE-B pivotal trial of etranacogene dezaparvovec (AMT-061), an investigational AAV5-based gene therapy incorporating the patent-protected FIX-Padua variant for the treatment of patients with severe and moderately severe hemophilia B. Etranacogene dezaparvovec has been granted Breakthrough Therapy Designation by the U.S. Food and Drug Administration and access to Priority Medicines regulatory initiative by the European Medicines Agency. The pivotal Phase III HOPE-B study builds on the success of the interim 36-week results of the Company’s ongoing Phase IIb study of etranacogene dezaparvovec, which demonstrated that a single administration of the investigational gene therapy resulted in sustained increases in Factor IX levels up to 54% of normal, and a mean FIX level of 45% of normal.