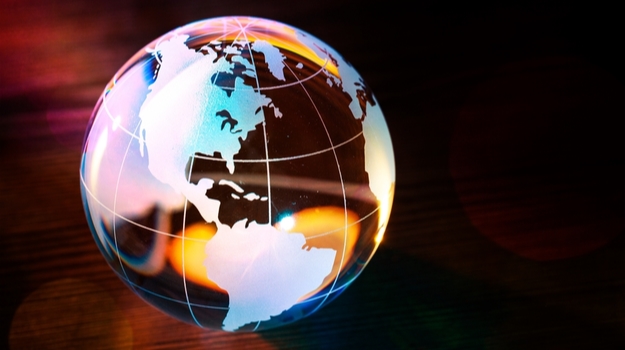 Belgium-based Imcyse secured $25.8 million in a Series B extension financing round that will be used to accelerate the advancement of several first-in-class targeted disease-modifying immunotherapies to develop a robust and diverse clinical pipeline.

Participants in the financing round included existing investors, Biogenosis, Epimede, LSP, Noshaq, Société Régionale d'Investissement de Wallonie, Société Fédérale de Participations et d'Investissement and KU Leuven. Pfizer also participated as Imcyse’s newest investor taking an equity stake in the company as part of the license agreement for Imcyse’s rheumatoid arthritis program based on the Imotope program. Imotopes are designed to induce cytolytic T cells, which specifically eliminate the aberrant disease pathway while leaving the rest of the immune system unaffected. It is believed that treatment with a specific Imotope has the potential to disrupt the undesirable immune response that drives the process of destruction of the healthy cells. In RA, Pfizer and Imcyse will collaborate to develop existing lead candidates and further optimize potential molecules. After a candidate is selected, Pfizer will lead clinical development and commercialization activities.

Avacta Group – U.K.-based Avacta Group received the first data for its SARS-CoV-2 rapid antigen test from ongoing clinical studies in Europe and the UK. These data show “excellent performance of the test in identifying patients with an infectious viral load and no false positive results,” the company said. Avacta’s SARS-CoV-2 rapid antigen test has been developed to identify infectious individuals so that they can isolate promptly and reduce the spread of COVID-19. The company said it is moving to a full clinical validation with a larger number of patient samples to CE mark the test for professional use, aiming to bring the test to market in Europe around the end of the first quarter of this year.

Salipro Biotech – Sweden’s Salipro Biotech AB announced the European Patent Office issued the European Patent No. 3463303, titled “Saposin lipoprotein particles and libraries from crude membranes” to the company. The patent covers the company’s novel method of direct extraction of membrane proteins from cells or crude membranes to enable drug development for challenging drug targets, as well as for the generation of libraries with Salipro particles representing the membrane proteome, the particles themselves and their uses. The key application is in drug discovery where membrane proteins represent the targets of more than 60% of drugs in clinical use.

InteRNA Technologies – Netherlands-based InteRNA Technologies dosed the first patient in the first cohort of a Phase I study with the company’s lead microRNA candidate, INT-1B3. The trial will evaluate safety and initial signs of efficacy of INT-1B3, a microRNA-mimic of the endogenous tumor suppressor miR-193a-3p formulated in next-generation lipid nanoparticles, in patients with advanced solid tumors. INT-1B3 represents a promising novel therapeutic approach that could address multiple hallmarks of cancer simultaneously by directly targeting tumor cells and the tumor microenvironment by specific modulation of multiple relevant signaling pathway components triggering a long-term T cell-mediated immune response against the tumor.

Smiths Detection – London-based Smiths Detection reports its BioFlash Biological Indentifier is capable of detecting SARS-CoV-2 in the air following tests conducted by the United States Army Medical Research Institute of Infectious Diseases (USAMRIID). The tests were performed using live SARS-CoV-2 virus in a Biosafety Level 3 containment area at Fort Detrick, Maryland. The SARS-CoV-2 CANARY biosensor used in the BioFlash device demonstrated that it can quickly detect and identify the presence of low levels of aerosolized SARS-CoV-2. USAMRIID confirmed that Smiths Detection’s BioFlash can detect down to an estimated 6,000 airborne infectious particles of the SARS-CoV-2 virus within a controlled environment. This compares to as many as one million particles emitted in a single sneeze by a person infected with SARS-CoV-2. The test results also indicate no cross-reactivity with influenza and Middle East Respiratory Syndrome (MERS), an important consideration for environmental monitoring of the SARS-CoV-2 virus.

Almirall SA – Spain’s Almirall SA and Danish company MC2 Therapeutics entered into an agreement that provides Almirall exclusive European rights to commercialize Wynzora Cream for treatment of plaque psoriasis for €15 million upfront, in addition to significant sales milestone payments and double-digit royalties. Approved in the United States already, Wynzora Cream is currently under review in Europe. The application is supported by two Phase III trials that showed the cream’s efficacy.

Mesoblast Limited – Australia-based Mesoblast Limited announced that Pediatrics (Journal of the American Academy of Pediatrics) has published a paper on the first two children treated with Mesoblast’s mesenchymal stromal cell (MSC) product candidate remestemcel-L for life-threatening multisystem inflammatory syndrome (MIS-C) associated with COVID-19. The paper, “Remestemcel-L Therapy for COVID-19-Associated Multisystem Inflammatory Syndrome in Children,” was based on two children admitted to the Medical University of South Carolina’s MUSC Shawn Jenkins Children’s Hospital, who were the first ever to be treated with remestemcel-L for MIS-C, a potentially life-threatening inflammatory condition which involves multiple critical organs and their vasculature. The two patients detailed in the paper were previously exposed to COVID-19 infection and later developed MIS-C. Despite receiving standard of care for MIS-C, they continued to display severe heart failure and significantly elevated inflammatory biomarkers. When treated with two intravenous doses of remestemcel-L separated by 48 hours, normalization of left ventricular ejection fraction, notable reductions in biomarkers of systemic and cardiac inflammation, and improved clinical status occurred. There were no safety signals associated with the remestemcel-L treatment. Both patients were subsequently discharged from hospital.

RedHill Biopharma – Israel’s RedHill dosed the first patient in a Phase II/III study of orally-administered RHB-107 (upamostat), an investigational new drug for patients with symptomatic COVID-19 who do not require hospital care. The study is aimed at evaluating treatment with RHB-107 in patients with symptomatic COVID-19 early in the course of the disease, with a simple once-daily oral treatment in an outpatient setting. RHB-107 is a novel, potent inhibitor of serine proteases that targets human cell factors involved in preparing the spike protein for viral entry into target cells and is therefore expected to be effective against emerging viral variants with mutations in the spike protein.

Vitro SA – Spain’s Vitro SA released a new diagnostic test for COVID-19 dubbed the Jurkat S-flow cytometry test. Jurkat cells, which are grown in suspension and are optimal for flow cytometry studies, were engineered to produce and expose the SARS-CoV-2 Spike protein (S protein) on their cell membrane. This novel antibody detection test needs a few drops of blood and achieved a 99% sensitivity as compared with neutralization assays.