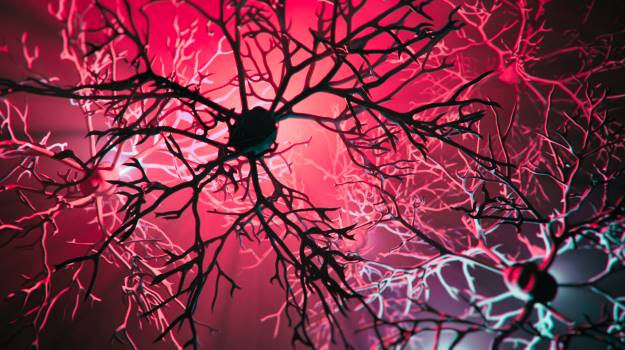 November was a busy month for companies in the neurodegenerative disease space, with the Society for Neuroscience Annual Meeting taking place November 8–11. Among the key aspirations was the development of an effective therapeutic path to address Parkinson’s disease.

A progressive neurological condition that causes tremors and mobility problems, Parkinson’s disease (PD) currently affects nearly one million people in the United States and more than 10 million worldwide, according to the Parkinson’s Foundation.

This field is abundant with experimental therapeutics, including one being developed by Gain Therapeutics, which presented at the conference. Gain announced that its lead compound, GT-02287, reduced levels of alpha-synuclein accumulation and neuroinflammation, and decreased behavioral deficits in animals modeling Parkinson’s.

“We are working diligently to advance this breakthrough compound to the clinic and bring it one step closer to meeting the currently unaddressed needs of patients with this debilitating disease,” said Gain CEO Eric Richman in a statement.

Gain has five pipeline products, all of which are in early stages of development or pre-clinical testing. This biotechnology company specializes in enzymes that treat rare genetic diseases and is focused on identifying and optimizing allosteric binding sites never-before targeted in neurodegenerative diseases.

Enzymatic protein misfolding is a characteristic of PD and many other neurodegenerative illnesses. Parkinson’s is one of a group of maladies known as 'protein misfolding diseases' because they are characterized by specific proteins becoming distorted and malfunctioning. A thread-like chain of these proteins then forms, which is toxic to other cells.

There is evidence that tackling protein misfolding can be used to treat PD, with researchers realizing that it offers an opportunity to slow or reverse the neurodegenerative process, improving the quality of life for patients.

Parkinson’s disease has been immensely challenging for biotech companies. A high rate of late-stage attrition in trials has led to a lack of approved therapies for the disease, as has been the case for other neurodegenerative disorders, such as Alzheimer's disease and dementia.

A protein known as alpha-synuclein is thought to trigger Parkinson’s by misfolding. This protein is abundant in the human brain, as well as other tissues such as the heart, muscle and gut. A normal wavy-like structure is formed by the protein, but in PD, the protein misfolds and forms a toxic clump or aggregate. Misfolded alpha-synuclein accumulates in nerve cells (neurons) in the brain that generate dopamine, a signaling molecule that plays a role in motor function. Eventually, alpha-synuclein aggregates spread to other brain cells in regions involved in cognition, sleep and mood. The existing treatments aim to ease symptoms by replacing the lacking dopamine.

While enzymatic protein misfolding is a characteristic of Parkinson’s, around 10% of all patients have a GBA1 gene mutation, which results in the misfolding and subsequent glucocerebrosidase (GCase) dysfunction, causing the toxic accumulation of synuclein and neuronal cell death. PD patients with GBA1 mutations display an early onset of symptoms, a faster progression of the disease and non-motor symptoms.

Given that genetic variants in the GBA1 gene are so common in the Parkinson’s community, the mutation has come under the close scrutiny of the pharmaceutical industry.

Researchers are testing many possible avenues to slow or reverse the misfolded alpha-synuclein aggregation, including using monoclonal antibodies that bind the offending proteins, reducing the activity of enzymes that produce them or boosting pathways that clear them.

In a study conducted at the University of Maryland School of Medicine, Gain Therapeutics demonstrated a small molecule approach to significantly reduce phosphorylated and aggregated-synuclein and increase GCase protein levels. Through its proprietary platform, Gain has identified two lead Structurally Targeted Allosteric Regulators (STAR) candidates (GT-02287 and GT-02329) that have shown the ability to restore enzyme function of GCase.

The compounds were characterized in various assays and demonstrated the potential to halt the progression of Parkinson’s in patients with GBA1 gene mutations, as well as those whose GCase protein is misfolded due to aging cellular processes.

Also tackling mutations is Q-State Biosciences, which has developed a set of optimized antisense oligonucleotides (ASO) that may serve as potential therapies for Parkinson’s patients with specific mutations. These ASO candidates are designed for patients carrying mutations in the GBA gene.

Vanqua Bio, which is based on Northwestern University research, launched in September with $85 million in funding and the aim to treat PD by boosting the activity of an enzyme that is deficient in patients with a particular mutation. The Chicago-based company has set a goal of bringing GCase-activating drugs into clinical testing within two years.

In addition to Vanqua, several companies have been researching ways to treat the disease and restore levels of the key enzyme. In 2015, Lysosomal Therapeutics received $20 million in Series A financing from Sanofi, Eli Lilly and Roche to develop a preclinical small molecule GCase activator. In 2020, the Cambridge, Massachusetts-based biotech was acquired by Portuguese pharmaceutical company Bial, with the latter opening a new US research center.

The company's BIA 28-6156 / LTI-291 is the first GCase enzyme activator to have been tested in clinical studies and is designed to increase activity and improve glycosphingolipid metabolism in the lysosome.

Bial has recently been in the news again. In September, Sunovion Pharmaceuticals, a US subsidiary of Japan's Sumitomo Dainippon Pharma, granted the company exclusive European commercial rights for apomorphine sublingual film APL-130277 for the treatment of PD. The drug, which is intended for the acute, intermittent treatment of 'OFF' episodes in Parkinson’s patients, is approved as Kynmobi in the U.S. and Canada.

New York-based biotech Prevail Therapeutics, was acquired by Eli Lilly for approximately $1.04 billion in December 2020. Prevail currently has three compounds under development, one of which is designed to treat PD.

At present, the company’s first compound, PR001, is being tested in a Phase I/II PROPEL trial. It is being developed to treat patients with confirmed mutations in the GBA1 gene. Specifically, the project aims to transfer the GBA1 gene, which encodes beta-glucocerebrosidase, an enzyme that breaks down glycolipids and recycles them.

As biotech companies scramble to get their Parkinson’s leads to market, several smaller firms are in the race with Big Pharma, with some teaming up with them to advance the molecule. Yet, others go it alone. Take the case of Chase Therapeutics, which is set to begin Phase III clinical trials of candidates based on an old Boehringer Ingelheim drug in major depressive disorder and PD. The company announced a $20 million Series B financing round last month.

In May 2019, UCB announced the start of a Phase Ib clinical trial to evaluate the efficacy and safety of its therapeutic candidate UCB0599 for the treatment of Parkinson’s. UCB0599 is an orally administered small molecule alpha-synuclein misfolding inhibitor arising from a collaboration between Neuropore Therapies and UCB. In May 2021, Neuropore earned a $20 million milestone payment related to its collaboration with UCB and the evaluation of UCB0599. An 18-month study is currently on to evaluate the drug in study participants with early-stage Parkinson’s.

Dublin-based Prothena, which has a pipeline of fully owned and partnered programs focused on neurodegenerative diseases, is leveraging its expertise in understanding the biology of misfolded proteins. The company is evaluating prasinezumab in collaboration with Roche for the treatment of PD. Prasinezumab has demonstrated signals of efficacy on multiple pre-specified clinical endpoints in patients with early PD and is the first anti-alpha-synuclein move into advance into late-stage development.

With several researchers making a strong effort to understand the pathogenesis of neurodegenerative diseases, essential to developing efficient treatments against these incurable illnesses, there may soon be a ray of light at the end of a very dark tunnel.