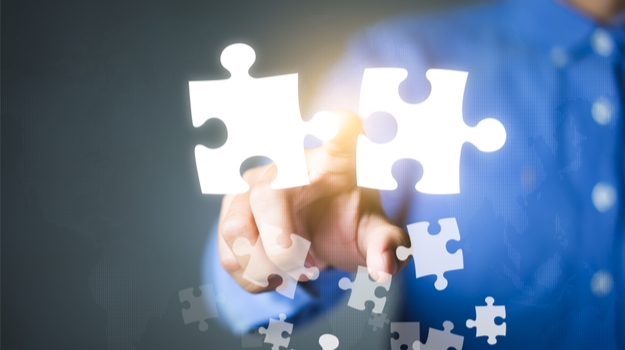 When Bionano Genomics acquired Lineagen, Inc. in August, the genomic analysis company gained the final piece it needed to provide comprehensive structural variation detection for researchers and drug developers and a reimbursement pathway for clinicians who want to use its technology to replace cytogenetic tests to diagnose cancers and rare diseases.

“What we’ve done by acquiring Lineagen is bring a great set of skills into our midst to fulfill the promise of our primary technology much faster than we could have done otherwise. This was a ‘build vs. buy’ decision,” Erik Holmlin, Ph.D., CEO, told BioSpace.

Bionano Genomics and Lineagen are each experts in cytogenetics – the identification of large structural variations within the genome. The difference is that Bionano Genomics has developed an automated platform for cytogenetics while Lineagen performs the analysis as a service, using traditional methods in its CLIA-certified lab. The acquisition, therefore, gives Bionano Genomics a business model that can provide centralized lab services as well as a platform technology.

“Many cancers and rare diseases are driven by large structural variations, especially translocations, in which a big chunk of a chromosome moves to another chromosome,” Holmlin explained. Because these are changes in locations, not changes in sequences, they are missed by gene sequencing analyses and tests for single nucleotide polymorphisms (SNPs), which take a fine-grained look at the genome.

“The only way to look at large structural variations is to use such techniques as karyotyping and fluorescent in situ hybridization (FISH) probes, which involve manually examining cells under a microscope, or using chromosomal microarrays. Those techniques are labor intensive and some can’t be used to discover new events, so we developed the Saphyr® System to consolidate karyotyping, FISH, and microarrays into a single assay,” Holmlin said.

Saphyr is both a discovery and a future diagnostic tool.

“Some of the drugs being developed – for lung cancer, for example – target proteins formed as a result of translocations. Researchers, therefore, can use our tool to identify translocations and thus find new druggable targets,” Holmlin said.

Saphyr also can be used to sort the genetic or molecular markers associated with certain conditions and thus stratify patients for clinical trials.

Despite its research applications, “Our principal thrust is to transform patient care by providing tools for cutting-edge analysis of genomic variations that drive disease,” Holmlin said. “For example, half of leukemias and other cancers, and a large fraction of genetic disorders are caused by large chromosomal rearrangements.”

They often involve translocations of hundreds to millions of base pairs in one segment, or chromosomes that replicate beyond the normal two.

“In the past 6 to 12 months we’ve seen early adopters validate and publish results, showing it is 100% concordant with the standard methods,” Holmlin said.

For clinical testing labs, that left reimbursement as the remaining concern. Since Lineagen, as a CLIA-certified testing laboratory, already was performing and being reimbursed for genetic diseases and constitutional disorders that primarily affect children, acquiring it seemed logical. As a separate company within Bionano Genomics, it offers a way to overcome the barriers associated with introducing Saphyr – an automated, digitized version of Lineagen’s routine tests – to a larger market.

“It was a ‘build vs. buy’ decision,” Holmlin said. “We’re not patient. We essentially bought our customer to accelerate the whole reimbursement pathway process.”

“This is a highly complementary acquisition, with a lot of overlap in energy, enthusiasm, and mission, but not a lot of overlap in skillsets or daily activities,” Holmlin said. “We’re supporting each other to achieve our independent goals,” providing the proverbial two sides of the coin for its customers.

Holmlin expects Saphyr to do for cytogenetics what polymerase chain reaction (PCR) technology did for microbiology. “The workflow hadn’t changed since the time of Louis Pasteur. It was manual.” Saphyr, like PCR, industrializes testing. It replaces manual processes with automation and streamlines workflow with an instrument-based method that is accurate, faster, and more cost effective. “Nobody has done this for cytogenetics before,” he added.

That’s because of the difficulty of the process.

“DNA is compartmentalized into chromosomes, which are packaged in cells, but the pairs of chromosomes have a lot of DNA sequences that are highly repetitive. To perform FISH or karyotyping, you need to look at the chromosomes in a relatively intact form,” he said. “Other molecular methods like NGS don’t keep the DNA intact. Saphyr is the only modern technology that looks at large, intact DNA molecules and analyzes them in an automated, high-throughput manner.”

Bionano Genomics continues to expand the menu of Saphyr applications.

Holmlin expects to begin to release assays in a research capacity during the first half of 2021.

Because Saphyr is both a discovery and a future diagnostic tool, Bionano Genomics plans to first introduce its assays to translational researchers.

“They can adopt this methodology for research and then introduce it to their clinical diagnostic testing production flow,” Holmlin said.

It already is being used by pharma companies, diagnostic companies, and world-renowned cancer and genetics research institutes around the world.