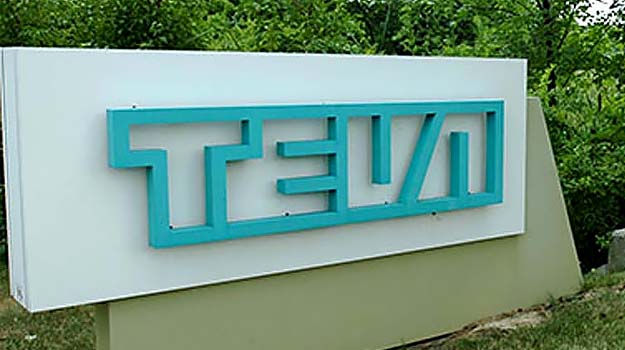 Shares of Teva Pharmaceuticals are up more than 5 percent this morning after Israeli media reported billionaire businessman Len Blavatnik is considering taking a large stock position in the pharma giant.

Citing multiple Israeli media outlets, Reuters reported Blavatnik “has been examining a large share purchase in Teva.” According to reports, Blavatnik could invest up to $3 billion in Teva. The news about the possible stock purchase comes a few days after Teva once-again lowered its 2017 financial outlook due to increased competition to its lead branded drug Copaxone and lower than expected generic sales in the United States.

Reuters said Blavatnik could acquire shares through a private stock listing, a move that would help the company with its $30+ billion debt. Blavatnik could also be looking to Allergan for shares of Teva. Last week, the Irish company said it will begin to sell off the 10 percent stake it owns in Teva. Allergan acquired the chunk of Teva stock in its 2015 $40.5 billion sale  of Actavis, its generics business to the Israeli company.

Reports did not indicate what kind of action Blavatnik might take as a large shareholder. Teva has been under pressure from some of its shareholders to change the direction of Teva. In September, activist shareholder and tech entrepreneur Benny Landa told media that he believes Teva should dump its generics business and focus on specialty medicines. That move would be healthier in the long-run for the company, Landa said.

Landa’s point about getting out of generics, which has been a cornerstone of Teva’s business formula, comes after the company reported “accelerated price erosion and decreased volume” in its U.S. generics business. That erosion was reflected in the company’s quarterly report released Nov. 3.

Teva made its announcement two days after new Chief Executive Officer Kåre Schultz took over the reins of the company. Shultz, most recently served as CEO of Danish company H. Lundbeck A/S, was tapped in September.

Teva has undertaken a plan to divest itself of a number of its non-core businesses. On Nov. 3, Teva announced it completed the $675 million sale of Plan B One-Step to Foundation Consumer Healthcare. Teva sold its branded contraceptive line Paragard, a product within its global Women’s Health business, to CooperSurgical for $1.1 billion. The company has also been looking to unload several non-core businesses, including its Medis and respiratory units.