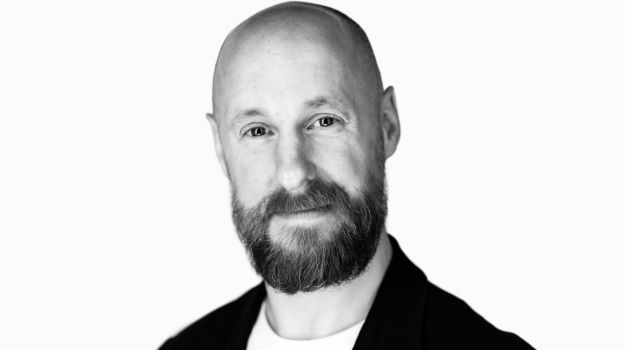 For people with addictions, hope is in short supply. Treatment options are limited, and outcomes often are poor.

Anthony Tennyson, co-founder and CEO of Awakn Life Sciences, saw that reality first-hand working in Dublin’s financial district which is “cheek-by-jowl with the north inner city, one of the most underprivileged parts of Ireland. I've seen what alcohol has done to society and to some people close to me, and in north Dublin, I've seen what heroin has done to individuals, families and communities,” he told BioSpace.

Tennyson didn’t begin his career with the notion of treating addiction or even developing a biotech. That was the product of serendipity.

“When I left school, I was meant to be an engineer, because my father had an engineering practice that I was meant to take over. I dropped out after three months and went to New York for a year and tended bar. Then I moved to London and tended bar for another year. At that point, I decided I needed an education,” he said. Tennyson earned an MSc in technology and, after the financial crisis, an MBA in strategy and finance from University College Dublin, Ireland’s top business school.

“After my masters I wanted to better understand how money worked, so I got a job in the capital markets, working initially with Merrill Lynch and then with Bank of Ireland.” Then the financial crisis hit. Tennyson left banking and joined Aon plc, the world’s largest insurance and reinsurance broker. Earning his MBA put him on Aon’s management fast track.

“I ended up as COO for Aon’s risk consulting business globally,” he recalled. The constant travel took its toll. “I spent a lot of time traveling and living in hotels. That wasn’t good for me or my family…so I decided to leave big industry and do something different.”

Awakn researches and develops drug-assisted psychotherapy treatments, focusing on psychedelic drugs to treat addiction. As he explained, “There are few effective treatments for addiction that address its root causes.” Yet, there is evidence from Awakn’s successful Phase IIa and Phase IIb trials that combining psychedelics and therapy, “has the ability to improve treatment success and reduce the probability of relapse.”

“Our approach is to use a drug to disrupt the brain circuits that house the behaviors that drive the addiction. In the space that disruption provides, we deliver cutting-edge psychotherapy to enable the cognitive part of the brain to regain control over the overall system,” Tennyson explained. This polypharmacology approach of targeting brain circuits rather than single receptor sites enables Awakn to develop combined therapeutics to treat both substance and behavior addictions.

As an example, Tennyson recounted the experience of a participant in one of Awakn’s trials, which that man shared publicly on ABC News. When he was seven years old, “He was asleep upstairs. His father and mother both worked night shifts. The mother received a lift home from a colleague who followed her into the kitchen and raped and murdered her. Then the murderer climbed the stairs and stood outside the boy’s bedroom for three minutes with the knife in his hand.”

That boy, as a man, married, had children and became an alcoholic. The many treatments he tried were ineffective, and his wife left him. Then he registered for Awakn’s clinical trial involving MDMA (methylenedioxymethamphetamine)-assisted therapy for alcohol use disorder. “During the therapy a vision of his mother came to him, telling him she forgave him and there was nothing he could have done. In the same vision, the murderer appeared, and neither he nor his mother was afraid. In conjunction with some cutting-edge psychotherapy, he was able to forgive, interpret and understand what happened so many years ago. He’s been sober five years now.”

That breakthrough was made after two months of MDMA-assisted therapy. “It would have taken a significantly longer time to achieve that level of breakthrough without psychedelics,” Tennyson said.

“MDMA does three things that are particularly helpful in making psychotherapy more effective,” he said. It releases oxytocin, which helps form social bonds, such as those between a therapist and client. MDMA also switches off the fight or flight mechanism, which enables patients to become comfortable discussing the traumatic events that triggered their addictions. Finally, MDMA enhances empathy, allowing patients to understand their trauma and to forgive. “That’s why MDMA is particularly useful in accelerating the effectiveness of therapy.”

In a Phase IIa MDMA clinical trial for alcohol use disorder, nine months after therapy, only 21% of participants still consumed more than 14 units of alcohol per week, compared to 75% of those who received traditional psychotherapy. Tennyson expects MDMA to be approved for post-traumatic stress disorder in 2023 and for addiction by 2025.

Awakn also is studying the effects of ketamine- and ketamine-assisted therapy in treating substance and behavior addictions. Taken at sub-anesthetic doses, it produces a strong dissociative effect, like an out-of-body experience, which helps patients gain a more objective perspective on their lives.

It also disrupts the emotional aspect of certain memories. For example, slot machines may evoke strong, pleasurable memories for gamblers. Ketamine-assisted therapy enables more realistic perspectives on those memories. Gamblers, therefore, may realize the potential winnings are far less than the money they spent feeding the slot machines.

Two years into this, Awakn has a pre-clinical drug development program with Evotec as its research partner, phase IIa and Phase IIab trials and clinical stage programs and three treatment clinics to fine tune the delivery model for its combined therapeutics. “We are of course looking to commercialize in the U.S. in due course,” Tennyson said. In that context, Zoom meetings can only do so much. “Nothing beats meeting people face-to-face.”

For Tennyson, that means spending more time on planes again. “Everything I tried to avoid from the last job I’m doing now, but I’m much more careful to spend quality time with my wife and three children.” To that end, he works from home when he can, despite having an office in Dublin.

“It’s really important to balance work and family,” he said. That’s especially true when his job is “to provide hope for individuals, families and communities who are suffering with addition.”