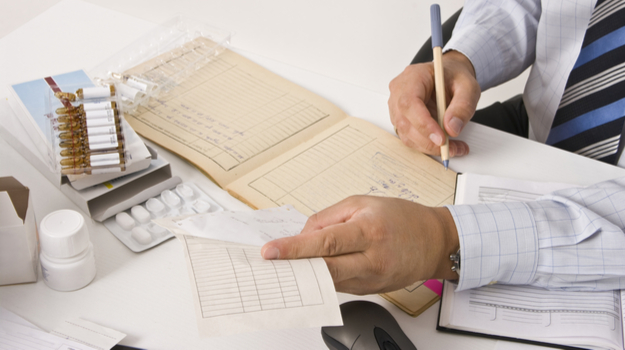 Astex Pharmaceuticals, which is a member of the Otsuka group, and Otsuka Pharmaceutical announced that their ASCERTAIN Phase III clinical trial of cedazuridine and decitabine (ASTX727) compared to decitabine IV alone hit its primary endpoints. The fixed-dose combination was being evaluated in adults with intermediate and high-risk myelodysplastic syndrome (MDS) and chronic myelomonocytic leukemia (CMML).

The primary endpoint was decitabine exposure equivalence of five-day dosing between oral doses of the combination and the IV dose of decitabine.

The company plans to submit a New Drug Application (NDA) for the combination therapy with the U.S. Food and Drug Administration (FDA) by the end of the year.

“We are delighted with the outcome of the ASCERTAIN trial, and the demonstration that the fixed dose combination of cedazuridine with decitabine enables successful oral delivery of decitabine, alleviating the significant burden of five days of monthly IV infusions for patients who may continue to benefit from the drug for several months or even years,” stated Mohammad Azab, Astex’s president and chief medical officer.

He added, “Subject to regulatory review and approvals, ASTX727 could bring a new treatment option to patients with these deadly diseases. We are extremely grateful to all the patients, caregivers, partner research and manufacturing organizations, as well as the healthcare professionals who contributed to this effort.”

ASTX727 had been studied in a Phase I/II trial to determine appropriate doses for each component of the combination to determine that the decitabine dose in the oral formula is equivalent to that in IV decitabine at the approved daily dose of a one-hour infusion at 20 mg/m2.

Also today, Taiho Oncology reported it has taken on commercialization responsibility from Otsuka Pharma for ASTX727, as well as guadecitabine (SGI-110) in the U.S. and Canada. Taiho Pharma Canada will commercialize them in Canada.

“This commercialization agreement is highly significant for Taiho Oncology as it allows us to build on the long-term strategy of expanding our presence in North America,” stated Timothy Whitten, Taiho’s chief executive officer. “These investigational therapies have the potential to provide physicians and patients with much-needed treatment options for a range of hematologic malignancies. We look forward to working with Astex as we bring these compounds to market.”

Guadecitabine (SGI-110) is a DNA methyltransferase (DNMT) inhibitor. It was designed to be resistant to degradation by cytidine deaminase with the intention of increasing the exposure time of the active metabolite, decitabine, to cancer cells. That would allow decitabine to be absorbed in larger amounts by rapidly dividing cancer cells. It is being studied in combination with carboplatin to treat platinum-resistant ovarian cancer, in liver cancer after failure of Nexavar (sorafenib) and in combination with irinotecan for colorectal cancer.