Pharma Continues to Support Ukraine as War Rages On 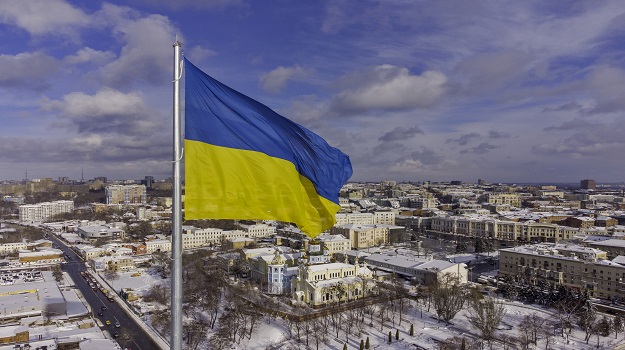 As reported on March 3, the life sciences industry in the western world is offering support to Ukraine as it battles the Russian invasion. That week, more than 400 biopharma leaders signed an open letter condemning the attack and calling for “economic disengagement” from Russia.

The letter stated, “We reject the actions ordered by President Putin and the failure of those who enable and embolden him. This includes the captains of Russia’s industries who support him, stand by him, and whom we urge to collectively steer Russia towards peace. We must take action to make clear our abhorrence of Russia’s actions. Immediate and complete economic disengagement is required. These actions should only be reversed upon the restoration of peace and democracy in a sovereign Ukraine.”

Although the war shows no signs of dissipating and is pushing into the Donbas region, some biopharma companies are offering aid.

AbbVie announced it was donating profits from all of its essential medicines in Russia to support direct humanitarian relief efforts in Ukraine. It has also previously called for the suspension of all sales and distribution of its aesthetic products in Russia. Additionally, AbbVie stopped new clinical trials and halted enrollment of ongoing studies in both countries.

“We are committed to doing everything possible to support the people of Ukraine and those impacted across the region,” AbbVie stated. “Our primary focus continues to be the safety of our colleagues and ensuring patients have access to the medicines they need.”

AbbVie doesn’t have manufacturing sites in the region. To date, it has donated $1 million to nonprofit partners for medical care and supplies for Ukraine and Ukrainian refugees, donated drugs to the Ukrainian government and other disaster relief partners, and provided relief and financial support to Ukrainian employees and their families. It also doubled the AbbVie Foundation’s employee donation match for select disaster relief partners.

Novartis has delivered more than one million packs of drugs, including antibiotics, painkillers, cardiovascular and cancer treatments worth more than $25 million to Ukraine and the border areas where the refugees are fleeing. The company also made an initial $3 million donation to charities that support refugees in Ukraine and bordering countries.

It also has created a package of measures that includes suspending capital investments, media advertising and other promotional activities in Russia.

“Novartis condemns the war in Ukraine,” the company stated. “The continued acts of unprovoked violence are harming innocent people, and this defies our mission to improve human health globally.”

On March 14, Pfizer stated that it “stands with the unified global community across the public, private and civil society sectors in opposition to the Russian war in Ukraine and the brutal situation it has created.”

The company said that pausing its distribution of drugs to Russia “would be in direct violation of our foundational principle of putting patients first” and that “ending delivery of medicines, including cancer or cardiovascular therapies, would cause significant patient suffering and potential loss of life, particularly among children and elderly people.”

However, it noted that it is donating all profits from its Russian subsidiary to causes that provide humanitarian support to Ukrainians, as well as other donations the company made to Ukraine. It is halting recruitment to ongoing clinical trials in Russia and will not initiate new ones. It doesn’t own or operate manufacturing facilities in Russia but plans to stop all planned investments with local suppliers to build manufacturing capacity in the country.