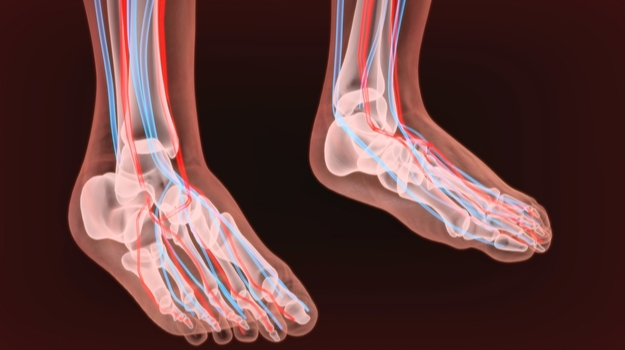 Painful DPN stems from nerve damage caused by high blood sugar in those with diabetes through a currently unknown biological mechanism. Painful DPN is estimated to impact one-third of the general diabetic population and is significantly more common in those with Type II Diabetes. Patients typically describe the pain as being hot, burning and electric, and usually impacts the lower limbs. The condition represents a high priority for treatment as it can cause reductions in quality of life, sleep impairment, anxiety and depression.

Aptinyx was hopeful about treating the condition with NYX-2925. NYX-2925 is a novel, oral NMDA receptor-positive allosteric modulator (PAM). Dysfunction of NMDA receptors has been implicated in the pathogenesis of a variety of neurological and psychiatric disorders making them a prime target for novel therapeutics hoping to relieve symptoms of the disease. NYX-2925 works by positively modulating NMDA receptors to alleviate pain signaling.

However, the drug did not meet its mark in treating painful diabetic peripheral neuropathy, failing to perform better than the placebo in measurements of average daily pain in patients treated. The drug also failed to meet other endpoints of the study including pain interference during sleep, pain during walking and worst daily pain.

“We are clearly disappointed that the study did not meet its primary endpoint,” said Andy Kidd, M.D., president and CEO of Aptinyx. “We appreciate the contributions of patients, investigators, and the entire team that worked on the study. Unfortunately, the data from this study do not currently point to a path forward in development for painful DPN.”

All hope may not be lost just yet for NYX-2925. The company is also developing the drug for the treatment of fibromyalgia, a condition that causes pain all over the body among other symptoms like fatigue and alterations in memory. In February 2022, Aptinyx completed enrollment in its Phase IIb study of the therapy in patients with fibromyalgia with results expected later this year.

The Phase IIb study will have similar endpoints as the company’s study involving painful diabetic peripheral neuropathy patients, including a change in daily pain scores from baseline to the end of the trial’s 12-week treatment period. Secondary endpoints will also evaluate fatigue, cognitive performance and patient quality of life.

Aptinyx currently has two other NMDA receptor PAMs in Phase II clinical development including NYX-783 for the treatment of post-traumatic stress disorder (PTSD) and NYX-458 for the treatment of cognitive impairment associated with Parkinson’s Disease and dementia with Lewy bodies. Results from the NYX-783 trials will be anticipated in 2023 and results from NYX-458 trials are anticipated to be shared in late 2022. NYX-783 received Fast Track designation by the U.S. Food and Drug Administration in 2017.

In January 2022, the company stated that it hopes to establish itself as a leading neuroscience company that improves the lives of those with nervous system disorders. Other than this failed treatment of diabetic peripheral neuropathy, the company expects new results from its other key clinical programs. However, only time will tell if Aptinyx is able to make its mark in the clinical arena.