Americans Are Fairly Happy at Work, but What About the Life Sciences Industry? 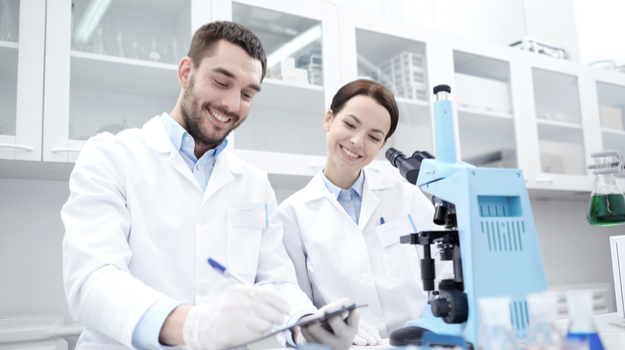 The vast majority of Americans are happy at their jobs, according to a new survey conducted by CNBC and Survey Monkey.

According to the work survey of about 8,000 employed adults in the U.S., 85 percent of those who responded said that they are “very or somewhat satisfied with their jobs.” While that’s a lot of happiness in the workplace, the survey shows that only 9 percent of respondents posted top marks in all categories that measured workplace happiness. Additionally, 27 percent of respondents said they are not well paid and 30 percent have seriously considered quitting their job in the last three months, the survey revealed.

The survey also pointed to the fact that happy workers typically have managers or supervisors who build a level of trust among the employees. The survey showed that when there is an increased level of trust between boss and employee, turnover decreases. However, if there are poor trust levels, the survey noted that 65 percent of employees who don’t trust their direct supervisors to provide them opportunities to advance their careers have considered quitting their jobs in the last three months. This is not a new trend, as BioSpace pointed this out last fall. Having a boss who sets the right tone is good for a company.

While the CNBC/Survey Monkey poll looked at happiness levels across all industries in the U.S., BioSpace recently conducted an online poll to assess happiness in the life science industries. And the results are somewhat contradictory to the national trend. In the informal poll, BioSpace asked the question, “Are you happy with your job?” According to the responses submitted to BioSpace, the answer is a resounding no. Of the respondents, 55 percent said they are not happy with their current life science job and only 39 percent indicated that they were happy with their job. Approximately six percent said they were undecided about their happiness level.

Other findings in the CNBC/Survey Monkey poll showed that women are less satisfied with their pay than men. The results show that 76 percent of men said they were happy with their levels of compensation compared to 69 percent of women. Additionally, the survey found that there is a smaller level of women in management or C-suite level rolls, which mirrors the life science industry. In 2018, a survey conducted in the Bay Area indicated there is still a “glaring divide” when it comes to gender diversity. The survey showed that 86 percent of boards of director seats at the 20 largest biotech companies in the Bay Area were held by men. Last fall, BIO (Biotechnology Innovation Organization) issued a letter to its member companies this week demanding companies achieve gender diversity on its boards of directors within the next six years. BIO is calling for member companies to raise female representation at the senior management and leadership level to 50 percent by 2025. That’s been bumped up from current levels of 25 percent. BIO is also demanding that board of directors have at least 30 percent female representation. Current levels are about 10 percent.