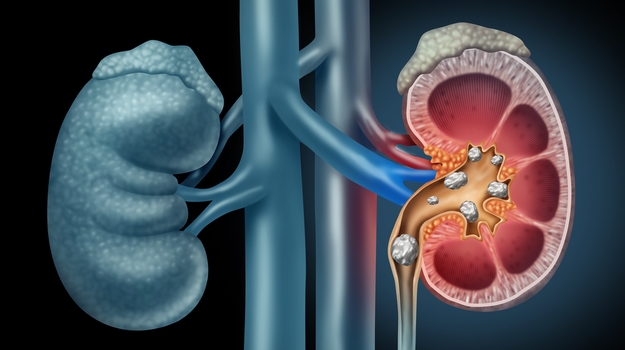 PH1 is an ultra-rare disease of the kidneys and urinary tract that can results in painful and recurrent kidney stones and nephrocalcinosis. It causes renal damage by a combination of tubular toxicity from oxalate and calcium oxalate deposits and urinary obstruction by kidney stones. It can lead to the accumulation and crystallization of excess oxalate in the bones, eyes, skin and heart, which can cause severe illness and death.

Alnylam indicated that the drug showed encouraging safety and tolerability, with no reported serious or severe adverse events other than mild injection site reactions.

“We are very pleased to report positive Phase III results from the ILLUMINATE-A study of lumasiran,” said Akshay Vaishnaw, president of R&D at Alnylam. “The substantial and sustained reductions in urinary and plasma oxalate reported demonstrate that lumasiran addressed the underlying pathophysiology of PH1 by reducing the production of the toxic metabolite responsible for the clinical manifestations of this serious and progressive disease. “

Vaishnaw added, “Thus, we believe lumasiran has the potential to have a favorable impact on disease manifestations, including nephrocalcinosis and renal stones, and overall disease progression, which we are continuing to evaluate in the ongoing ILLUMINATE program.”

The ILLUMINATE-A trial is the sixth positive Phase III trial to date for an RNAi therapy.

The company is waiting on a decision by the U.S. Food and Drug Administration (FDA) by the end of the year. This update provided additional data on topline results announced in December 2019, which showed the drug decreased patients’ urinary oxalate levels by 54% compared to placebo and 65% compared to baseline.

ILLUMINATE-A is a six-month trial with a 54-month extension period. Patients were randomized 2:1 to receive three doses per month of lumasiran or placebo followed by quarterly maintenance doses of 3 mg/kg. The primary endpoint was the percent change in 2r-hour urinary oxalate excretion from baseline compared to the average of months 3 and 6.

There is only one possible cure for PH1, a dual liver and kidney transplant, which is both a potentially dangerous procedure, but requires lifelong immunosuppression. In addition, there is a shortage of donor organs.

“For those living with PH1, the continuous overproduction of oxalate can have a devastating impact on the kidneys and other organs,” said Jaap Groothoff, Head of the Department of Pediatric Nephrology, Emma Children’s Hospital, Amsterdam UMC, University of Amsterdam, The Netherlands. “Current disease management strategies aim to lessen the damage to the kidneys, with liver transplantation as the only means to correct the metabolic deficiency and normalize the high oxalate production. As patients approach end-stage kidney disease, they may require intensive dialysis as a bridge to a dual liver/kidney transplant.”