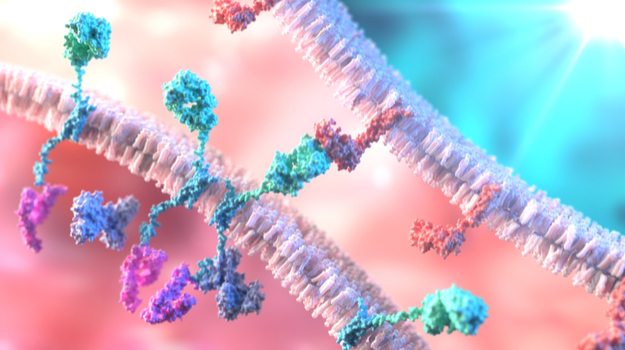 Allogene is focused on developing allogeneic CAR-T (AlloCAR T) for cancer. Standard CAR-T is a process where blood is taken from a cancer patient, T-cells are separated, genetically modified to specifically target the cancer, and infused back into the patient. It’s effective, but time-consuming, expensive and has variable potency because the patient’s T-cells may be compromised.

Allogeneic, sometimes dubbed off-the-shelf, is where T-cells are collected from healthy donors, then engineered to express CARs to recognize and destroy cancer cells as well as to limit an autoimmune response from the patient. They are then ready for use and don’t require tailoring to each patient.

Stanford researchers have developed a nucleic acid delivery system that can safely and flexibly deliver intracellular RNA or DNA into lymphocytes, including T-cells. Allogene wants to see if this can be used for its AlloCAR T therapies.

Stanford’s technology is called Charge-altering Releasable Transporter. As part of the collaboration, Stanford researchers will work on tools and reagents for ex vivo cell engineering for Allogene to test with its technology.

“Collaborations between academia and industry are critical to the acceleration and success of scientific innovations, and we are excited to evaluate this potentially transformative technology to create the next generation of cell manufacturing,” said David Chang, president, chief executive officer and co-founder of Allogene. “We believe the combination of Allogene’s strong technical expertise in designing AlloCAR T therapies combined with Stanford’s gene delivery technology could lead to the creation of new therapies that have the potential to make a meaningful difference in the lives of many patients.”

In June, the U.S. Food and Drug Administration (FDA) cleared Allogene’s Investigational New Drug (IND) application for ALLO-715 in patients with relapsed/refractory multiple myeloma. The Phase I part of the UNIVERSAL clinical trial, which will include ALL-647 as part of the lymphodepletion regimen, is expected to launch in the second half of this year. ALLO-715 is the company’s AlloCAR T therapy targeting B-cell maturation antigen (BCMA), a potential treatment for multiple myeloma and other BCMA-positive cancers.

ALLO-715 leverages the TALEN gene-editing technology developed and owned by Cellectis. Allogene has an exclusive license to the technology for allogeneic products directed at BCMA. Allogene holds the global development and commercial rights for ALLO-715.

The company also has an ongoing Phase I trial, ALPHA, of ALLO-501 for patients with relapsed/refractory non-Hodgkin lymphoma (NHL) that launched in the second quarter of this year. The company is expecting topline data in the first half of 2020. The company at its second-quarter report indicated it is progressing a planned second generation of ALLO-501, which has the rituximab off-switch removed, through preclinical development and expects to introduce it before the start of the Phase II registrational study.